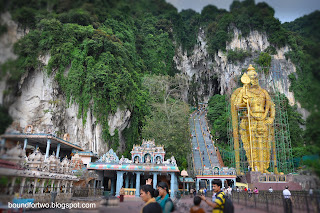 13:15 19/11/2011 We always got fascinated with people, religion and cultural diversity here in Malaysia. It’s uniqueness distinctly defines being “Truly Asia”. As melting pot of the region, Indians were the third largest ethnic group after the Chinese and Malays. Hindu as primarily religion of Malaysian Indians, leave its strong influence to the vibrant culture. And Batu Caves is one  of the important landmark of Hindu’s in Malaysia that worth to visit.
Getting here: by KTM from KL Sentral station going directly to Batu Caves. Fare 1RM per way
Travel time: 30-45 minutes

We set foot in the holy place for Hindus and we’re greeted by Lord Hanuman and magnificent temple near the entrance.

The 42.7 meter high Lord Murugan Statue overlooks the place. At that moment it was enclosed with scaffolding for some minor restoration in preparation for Thaipusam festival. 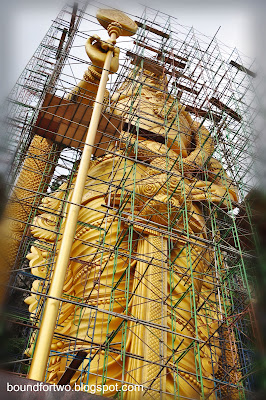 Challenge: Looking at 272 steps and thinking of climbing up to the caves made us faint already. How much can we endure if the hot weather is against us? But we dare, encourage ourselves that we can do it. We ignored our trembling knees, carry on this plight and hoping to be merited by Hindu Gods. 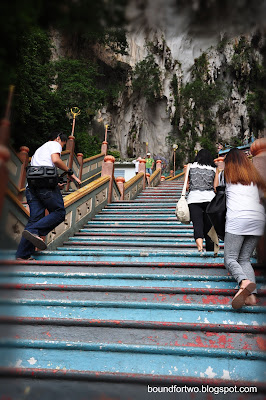 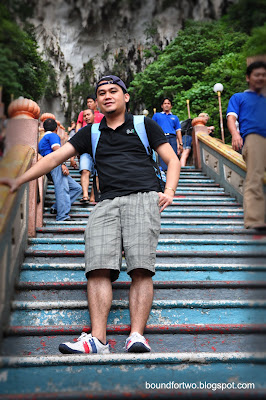 Along the way there are dozens of macaque monkeys waiting for some tourist or devotees to snatch their food or bottled water. 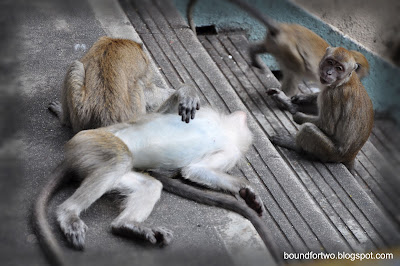 It was a sigh of relief after conquering the 272 steps and looking back the trail was notably worth seeing. 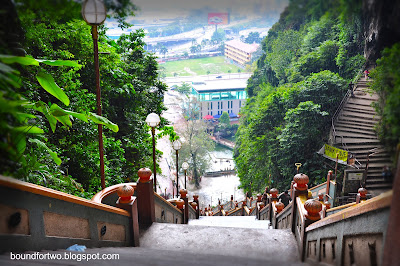 I recalled Paulo Coelho’s quote in The Alchemist that “When you want something, all the universe will conspire  in helping you to achieve it”. It did, halfway in our journey, the sun hid in  the clouds and cooperate the circumstance.
-Sky
I felt overwhelmed and can’t explain the fulfillment overcoming the 272 steep flight of stairs
-Summer

We found bliss upon reaching the top seeing the awe-inspiring lime stones and the Hindu deities welcome. 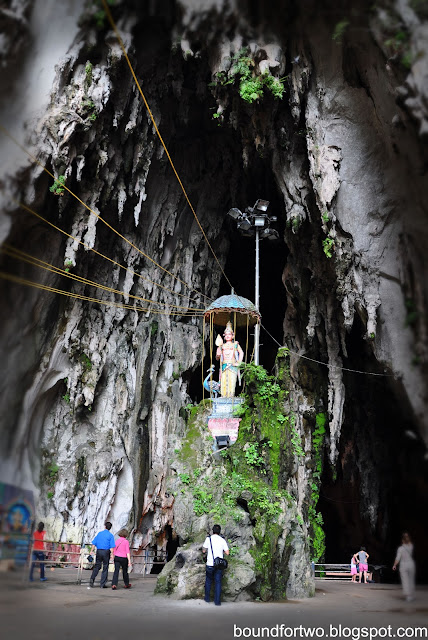 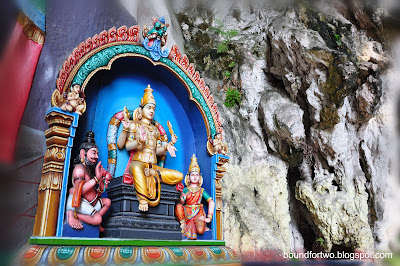 Inside the Batu Caves was a formidable view and describing it as spectacular would be an understatement. 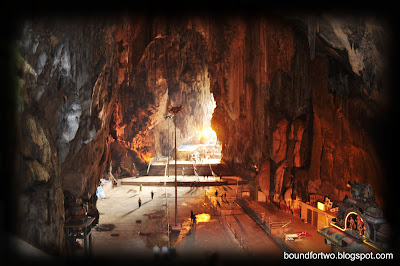 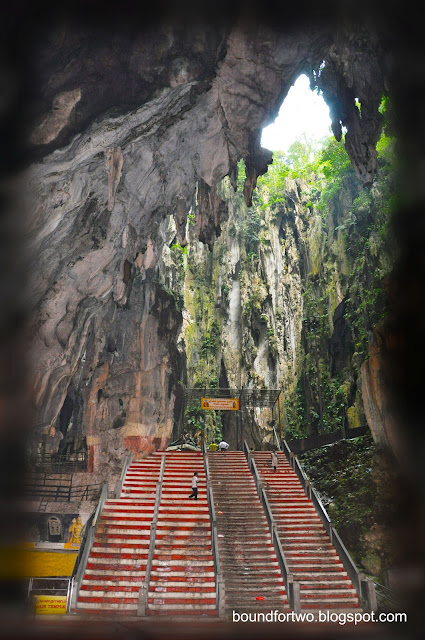 Being enthralled by the solemnity of this religious sanctuary, we left the place exhilarated and felt connected to our creator.


Sky’s Notes
Hence, we agreed to come back for the Thaipusam festival which is the venue of biggest and vibrant Hindu festival of Malaysia.

0 Replies to “Batu Caves: A Hindu Sanctum of Malaysia”