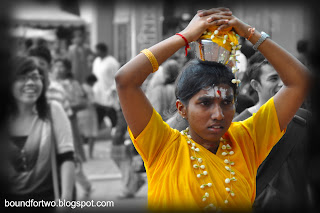 09:30 06/02/2012 We had been waiting for this event like  two months from the moment we first visit the Batu Caves. We had made a pact to witness this once a year celebration  to see for ourselves why is it the most meaningful and vibrant celebration for Tamil Hindus and to answer the question,  Why is it awesome in Thaipusam?

We reach KL Sentral past thirty minutes of nine in the morning. We expect it would be long queue in getting a ticket but only few people were there. Normally the fare is 1RM per way to Batu caves but there is an additional 1RM due to Thaipusam. ( How to go to Batu Caves click here) 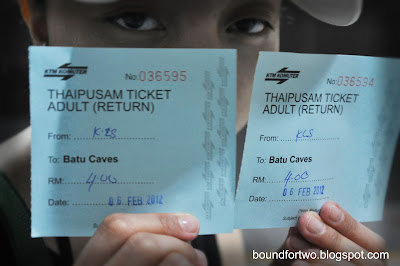 As seen on the departure clock our train will arrive by 09:55, so we will only wait for 5 minutes. Then, we heard an announcement that our train will be delayed and expected departure will 10:15. So we just made a joke about it and thinking we’ll get there by afternoon.

Well,  it came true and we left platform 3 past 30 minutes of 12 noon. As expected the train was very crowded. We hurriedly sneak in to secure a mini space that we’ll occupy for the next 30-45 minutes of travel . We alight at Batu caves station and we’re greeted again by the lime stones on the hills and unfamiliar scene, the bargain shops.

A variety of stalls selling souvenirs, clothing and accessories, footwear, authentic South Indian delicacies and much more. The whole empty lot before was filled with stores that offers any kind of stuff  you can imagine.


Got awed in the ultimate  bazaar that sells almost everything.

As we walk along the Batu caves ground, we can’t stop looking on those devotees carrying a pot of milk on top of their head.  Out of curiosity, we ask one of the family member who supported the cause  what is it for. She said “It’s Pal Kavadi, a  simple form of Kavadi in which they bring the pot of milk to offer it for Lord Murugan” As it may sound easy but the preparation and walking from Sri Mahamariamman Temple going to Batu caves is a feat. It is 15KM apart and an 8 hour long journey which ends in taking a flight of 272 steps to the top. How much more if you had been a vel kavadi bearer? It is another story which we observe on the last of Thaipusam.

Witnessing a homage that celebrated by million of devotees, paying tribute  to Lord Murugan is awesome

We stray around with random thoughts and realization upon observing their religious vow. 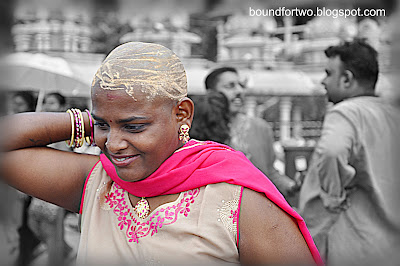 “If you truly devote yourself to your God, then you are ready to leave the earthly possession”
-Sky

As dark clouds had already formed, an indication of  impending heavy rain.  We  finished the challenge done by summer (we’ll post it on different entry) and bid adieu to this holy  place. 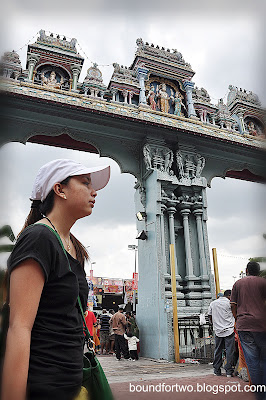 We took a last glance to the mighty Hindu Deity and oath to come back for the culmination of Thaipusam. 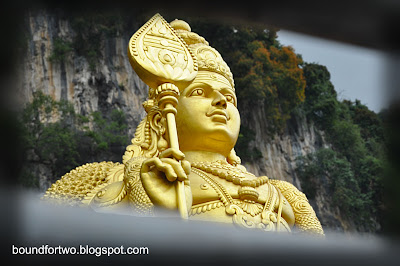