11:45 28/4/2012 After we’d been astounded by the relics of St. Paul Church on the hill and mystified by its  graveyard. We’re back on track and continued  our historical meandering. And  visit the famous A’ Famosa. It is one of the reasons why we visit the Historical City of Melaka. This structure is touted to be the oldest European architecture remnants in Asia. Looking on the site alone will tell you exactly how old this still standing gate house of the fortress. Definitely, the remaining gate of the old Portuguese fortress had something to share why it is still erected amidst the whole fortress had been demolished. 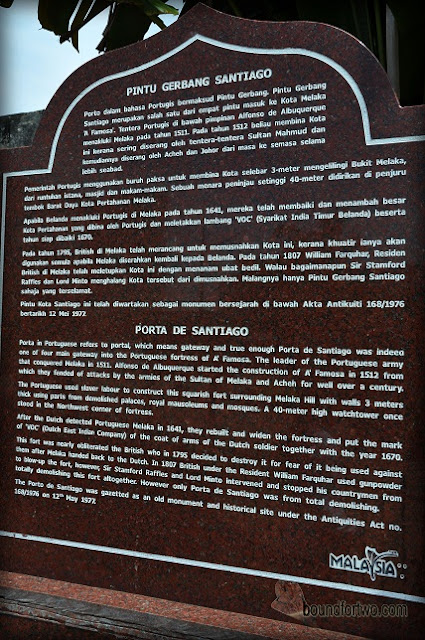 After researching some facts about this place and reading its inscription on the wall. The fortress  was built by Portuguese after they vanquished the armies of the Sultan of Melaka to gain the advancement and protect this strategic location. 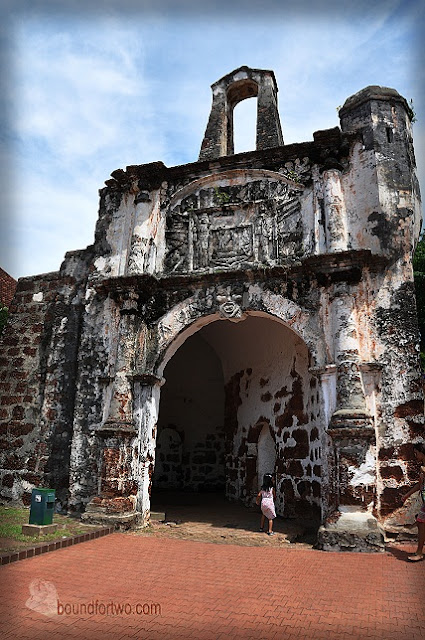 The Porta De Santiago was one of the point entry of the old fortress it was  heavily protected by these cannons.


These are the original cannons in the towers  protecting the Fortaleza de Malacca. As Sky laid down his hands  to these antique artillery. He  imagined himself as a gunpowder man filling the ammunition  and repelling the enemies at a distance. For sure there were hundreds or even thousands perished by these gun powdered artilleries during the Portuguese-Dutch colonization.


The remaining gate is the sole survivor and interprets how glorious Melaka fortress in the past.  Above the arch is a low relief logo of Dutch East India Company with ANNO 1670 inscription below. These changes were made after the Dutch took it over from the Portuguese.


During the 19th century, the fort was handed over by the Dutch to the British to avoid falling it to its enemy France. The Brits were too clever and ordered the destruction of the fort so the Dutch can no longer use it. 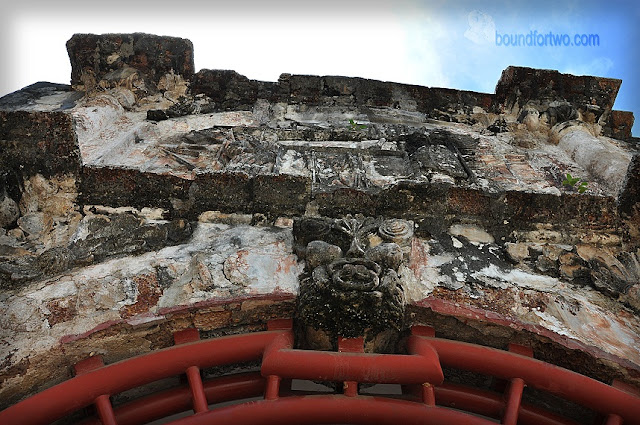 But the gate was saved by Sir Stamford Raffles when he  intervened  his fellow countrymen to stop the demolition. We owed the gate’s existence for Sir Stamford love of history. 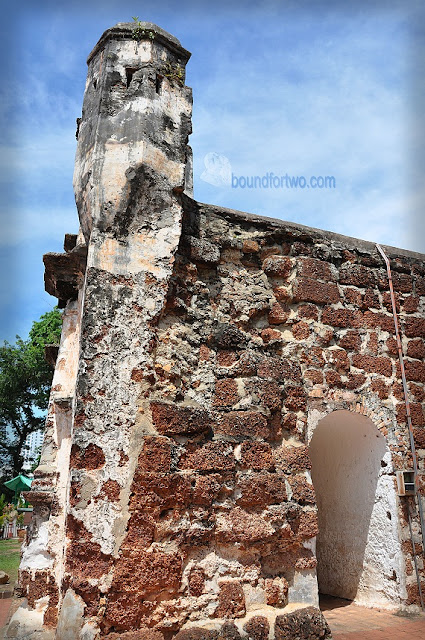 Today, Porta de Santiago is now a major historical attraction in Melaka. So expect you’ll bump a group of tourist and history aficionados visiting this site.  We considered it as a must-see place if you’re into historical thingy like this Brazilian guy on the image below. Oops,  that’s Sky


Sunbathing on 30 deg+ is something you have to do if you want to take souvenir photos in a broad daylight.

Despite  the scorching heat of mid noon sun, we still enjoyed visiting A’Famosa and charmed by its genuineness.  In the next entry, we’ll be exploring the Melaka Sultanate Palace its museum and its garden.