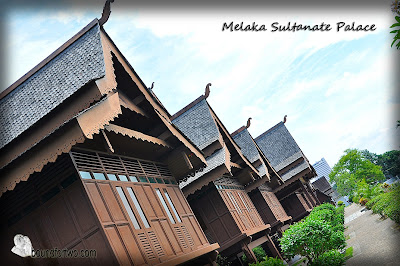 11:55 28/4/2012 When the heat dissipated from our body after conquering A’Famosa. Sky lead us to this old wooden building which we believe was another historical significant of Melaka. When we reached near the gate, it was actually the Melaka Sultanate Palace Museum. We knew there is no turning back point after Sky hastily drag us. He didn’t waste the time and asked the staff at the gate if how much is the entrance fee. He paid the entrance for the three of us without any hesitation. 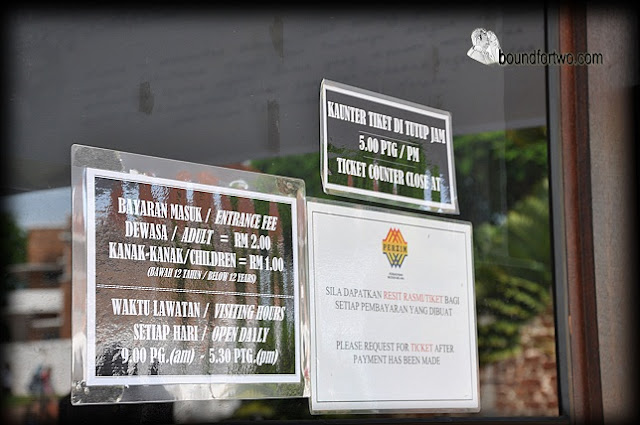 Well,  It didn’t cost him a fortune and only paid 6RM, 2 Ringgit for each person. We walk passed near to the palace and examined its exteriors. 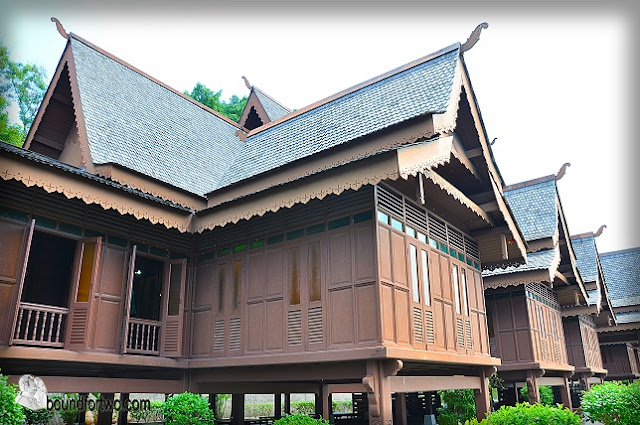 The entire building was made of hardwood. We could tell that roof was made of another wood material due to its different colour and texture.  Windows were like patterned to a half porte-fenetre or French Window. The glasses are coloured yellow and lower part of the window are half blind allowing air to enter the palace. 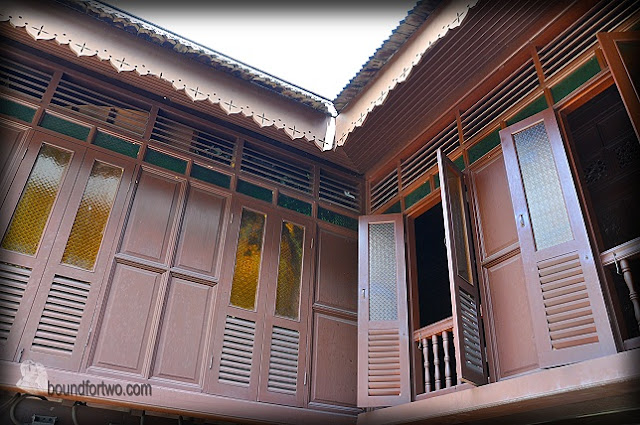 What makes this building extra ordinary? Is that, we haven’t saw any single nail on the wood. We cross examined it to make sure but all of them were connected with wooden pegs. How cool is that? 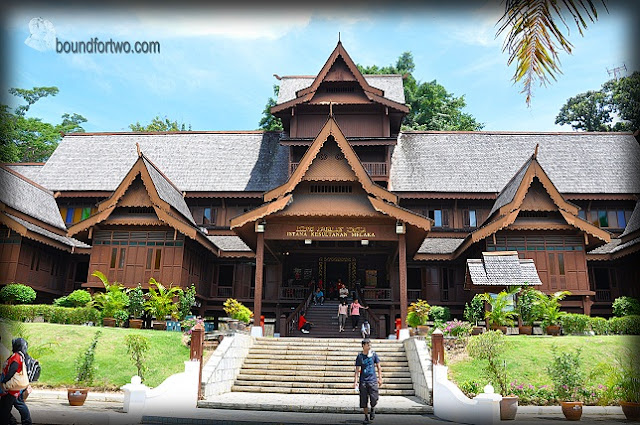 Though this building was a replica of the Sultanate Palace of Melaka. It was patterned from the historical documents and references from the last sultanate during Mansur Shah era. If we didn’t know that this building was just recreated we could believe this is the real one. 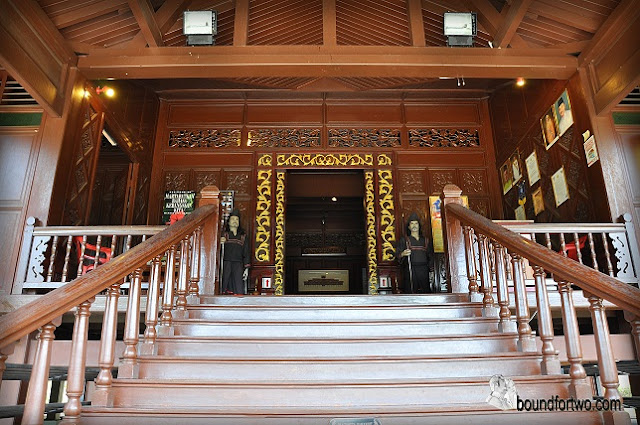 Before you set inside the Palace, you must take off your footwear (except socks) or else these Royal Guards will not let you in. Just kidding, these are mannequins that looks like a real thing when looking at them from a distance. 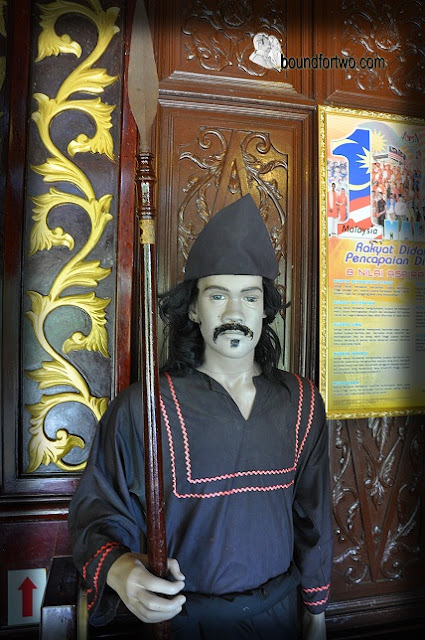 This fellow had been here standing for ages and judging by his expression he don’t want to be disturbed. So we shift our attention to the other one. This guard may look naive but he’s friendly and we took that advantage to take a photo souvenir with him. Say Cheese!


After spending some time with the two guards (as if they were living) Sky had left us and quickly get inside the museum. We catch up with him upon gazing the Sultanate Palace miniature. Then we walk across the Museum’s hallway and amaze how this palace built during the reign of Sultan Mansur Shah. The Museum have certain halls which depicts the history of Melaka and how the sultanate been overthrown. 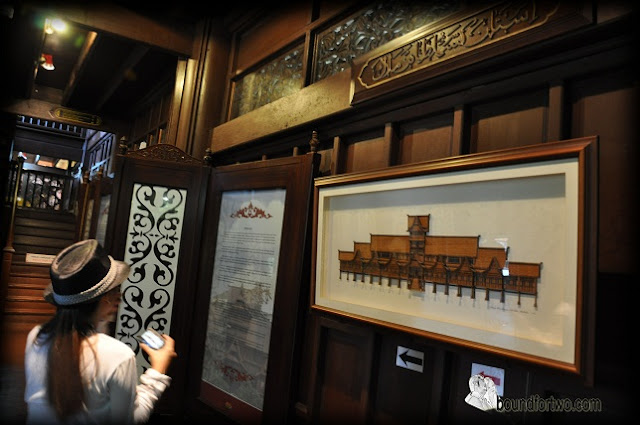 At the end left side most of the palace is the Main Hall or the Audience Hall. A life size mannequin were depicted during the reign of Sultan Mansur Shah. They look so creepy and can’t stand to look at them, as they might blink on me. 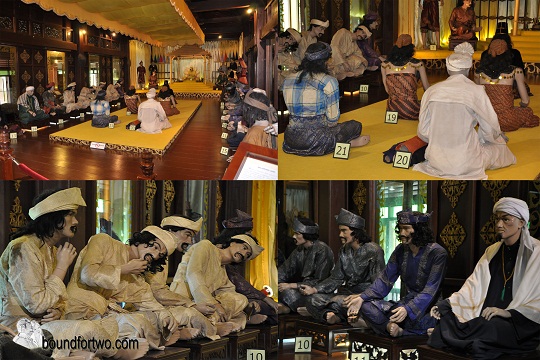 We move on the second floor as the kids from the excursion swarm the audience hall. They look so amazed and even made a joke themselves who’s a look alike of their classmates with the mannequin. 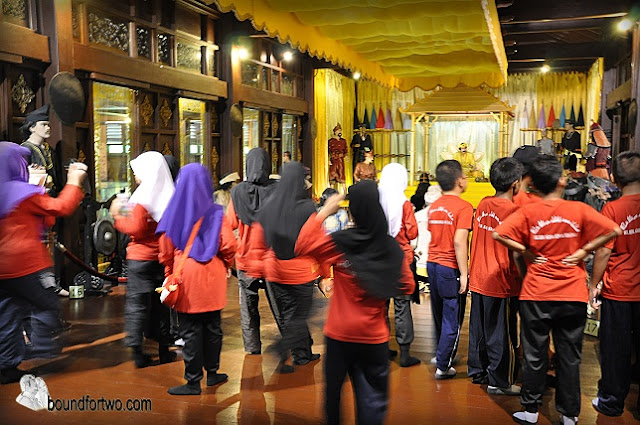 The second floor houses the antique ornaments use by the Malay women during that era. Hair Pins and intricately design anklets were brought by different traders in Melaka. 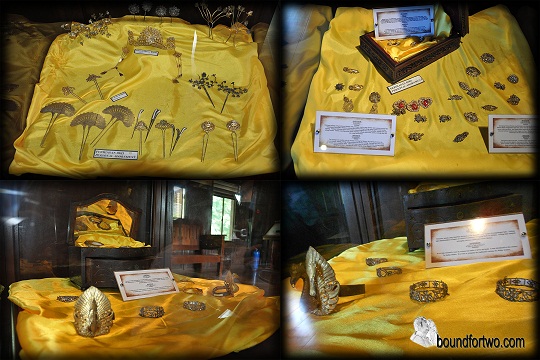 On the right end portion of the first floor is a gallery of the famous and legendary warriors Hang Tuah and Hang Jebat. The whole gallery illustrated the story of the famous folks and how they end up killing each other. This was somehow the highlight of event during that period and been part of the history of Melaka. 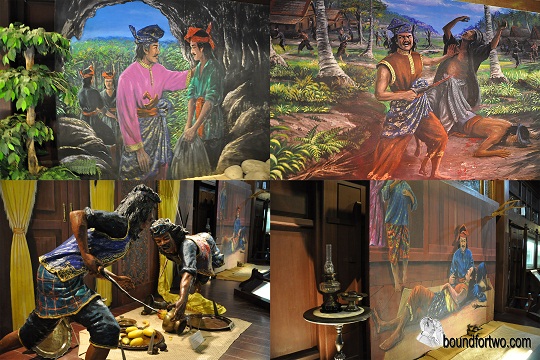 The last area that we visit was the gallery of traders. Melaka was indeed a vital port in early civilization. Evidently, it was visited by different traders, like Arabs, Javanese, Indian, Chinese, Thai, and Europeans. Different kinds of traded items from porcelains, brasswares, glasswares were exhibited here. 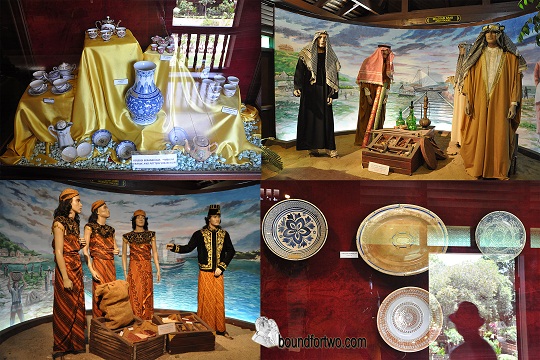 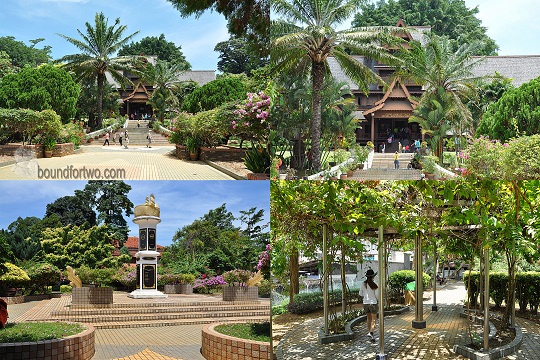 We had so much fun discovering Melaka like the old times. It maybe boring to visit a Museum but it  made us more appreciate the place by knowing  and uncovering the history that entails it. On the next series we visit the largest old Chinese cemetery outside of China, the  Bukit Cina.