10:45 28/4/2012 Christ Church, Stadhuys, Dutch Tower, A Famosa, St. Paul’s Hill, Malacca River and Jonker Walk were the famous landmarks associated when you heard about Malacca. But how about the food? The same question we asked ourselves when we get there. We haven’t made any research about food prior to our travel and just relied on the word of mouth from our local friends. It’s a fact that when you asked locals they’ll will certainly give you bestest and it they never fail you. Though we haven’t crossed out all the best food on the list that Melaka can offer. But we have tasted at least the dishes synonymous to Malacca and that we’ll show you off and let you salivate, wink.

Cendol Jam Besar
When you get exhausted meandering the historical landmarks of Malacca by foot especially during summer. Try the Cendol on the stall opposite to the Victoria fountain, adjacent to Malacca river. 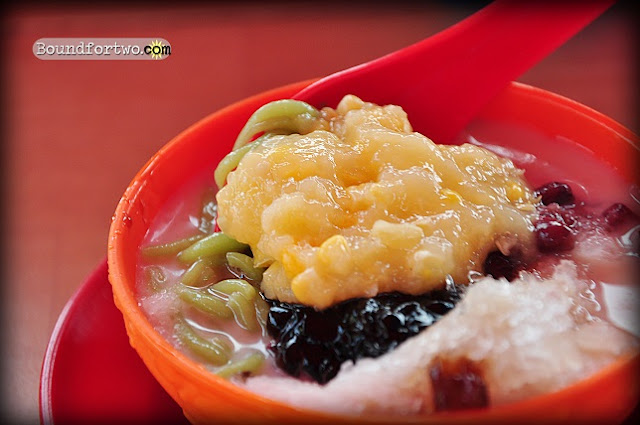 It’s a mix of shaved ice, evaporated milk, red beans, corn, black gulaman, green worm like jelly (made from rice flour) and the gula melaka (brown sugar in syrup). It’s more similar to Halo-Halo in the Philippines. We admit, the green worm like jelly doesn’t look appealing but after mixing it with brown sugar syrup and other ingredients. It taste good but not enough to make us crave.

Pahlawan Mall Food Court
With so many restoran and local stalls why in the foodcourt? Ok this is the only place closest to A Famosa , the moment when our stomach grumble. So we settled in at the food court and took whatever food available during that time. 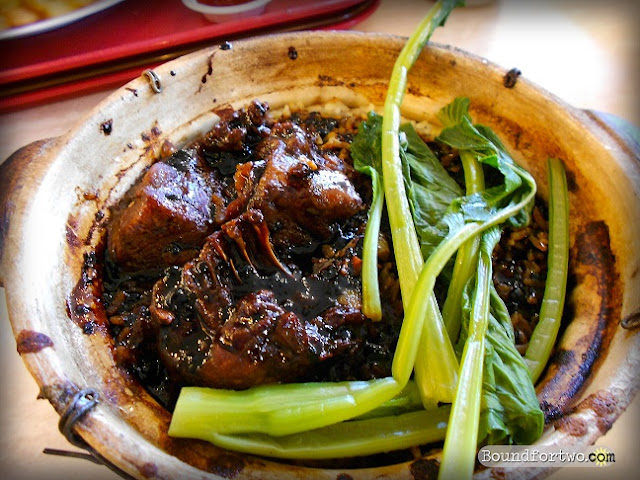 Sky took Claypot Soy Chicken Rice and remarked it as so-so. Anyway he doesn’t really care if it taste awful or not especially when his hungry. 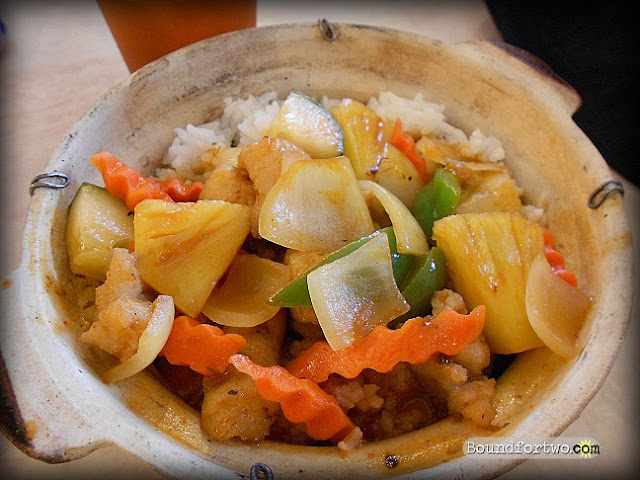 And Moi was Claypot Sweet and Sour Fish. Oh boy, this is my first time to eat with a claypot and she had already win my <3. The aroma alone made me more hungrier. The lime zest over ride the smell of fish and it blends perfectly with other spices. I was sent to utopia in an instant, Chos!  I’ll give it a 5 out 5. 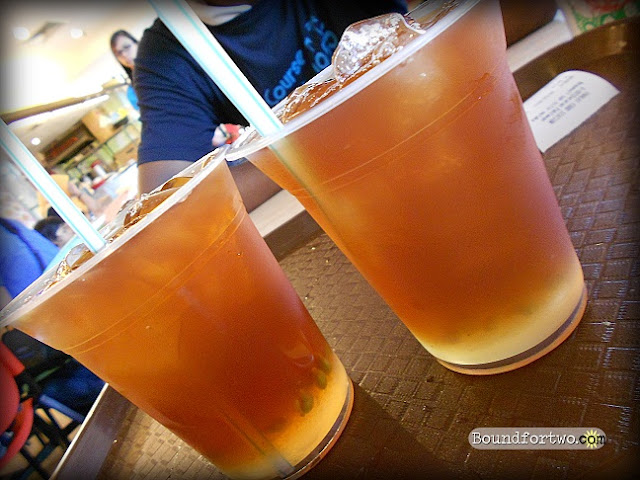 I guess the Teh Ais Limau (Ice Lemon Tea) was the perfect combo to our claypot meal.  Lunch was solve.

Satay Celup
After chasing the sunset in Flor de la Mar replica ship, we took advantage of the view from above. From our sight we saw a BBQ stand adjacent to the river that seems so inviting. Yes we give in, sino ba aayaw sa food? ( who will not give up for food?) 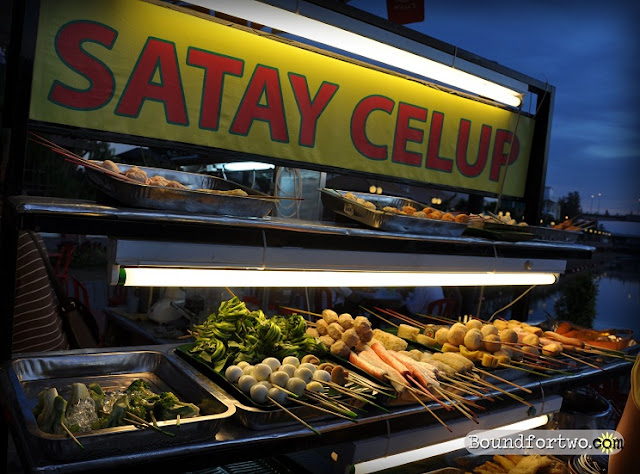 We have no idea what is Satay Celup is. What do remember was chicken satay and nothing else. Until we bump to the stall and astonished by the variety of this food on skewers. From fresh veggie, high cholesterol quail eggs, mushroom, crabsticks, tempura, kikiam and others

Of course all the balls (fish, squid, crab etc.) were there. You’ll just have to mix and match according to your preference.  So we grab anything that’s pleasing to our eyes. Then Kakak( elder sister) will boil the veggies in the pot while other were deep fried in hot oil.

You might wonder why the end of skewers is colour coded? That is how they label the prices, anti-cheat proof eh? Red colour was 1 RM and the green ones were 50 Sents. Then our Satay Celup was served with spicy peanut sauce. 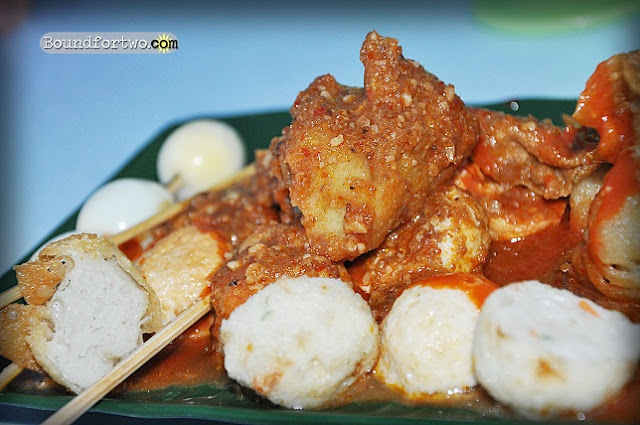 I failed to remind Kakak that I can’t eat too much spicy, and the sauce was already splattered to our Satay Celup.

But I have to endure it’s spiciness, with help of my  two buddies who cheered me up. The first three sticks were bearable and the fourth stick made me halt and shout for joy water. Good thing my yummy coconut shake top with Ice Cream  was already served. 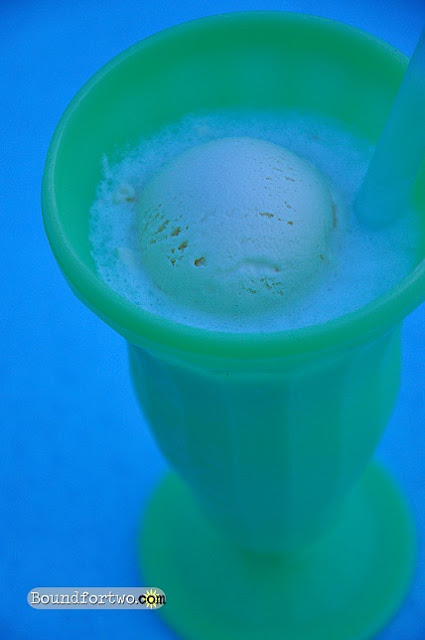 I quickly sipped it and stinging spicy subsided, overwhelmed by the taste of coconut and ice cream. I high recommend this coconut shake with ice cream, it’s not too sweet just enough to satisfy my sugar cravings.
Restoran Famosa Chicken Rice Ball
The red facade, old chinese script and attractive visual from the outside were our deciding factor to visit this restoran along the Jonker Walk. 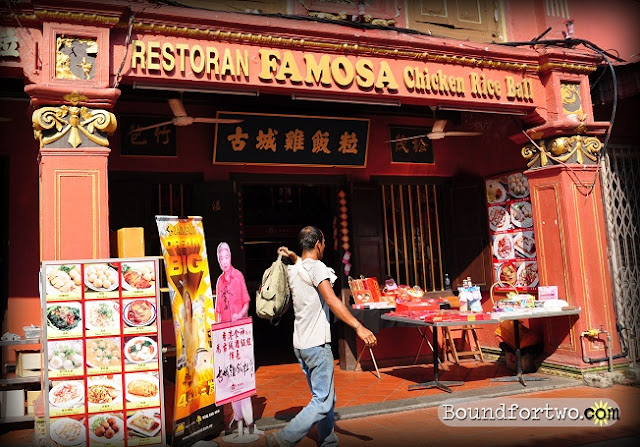 Judging from it’s interior with all those old news papers clips and pictures. This establishment had been for ages and had witnessed how Malacca had been transformed. We find  the place cozy with a  homey atmosphere. 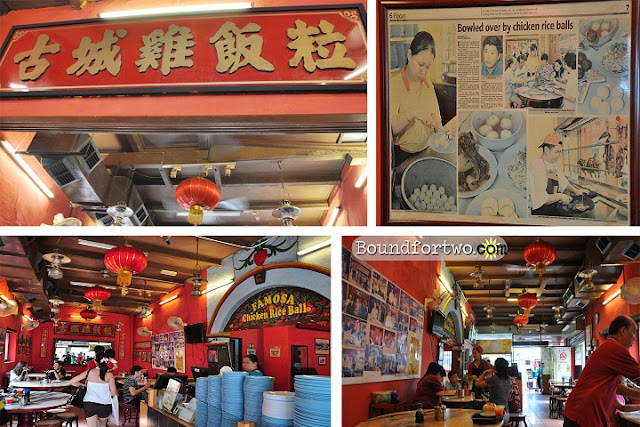 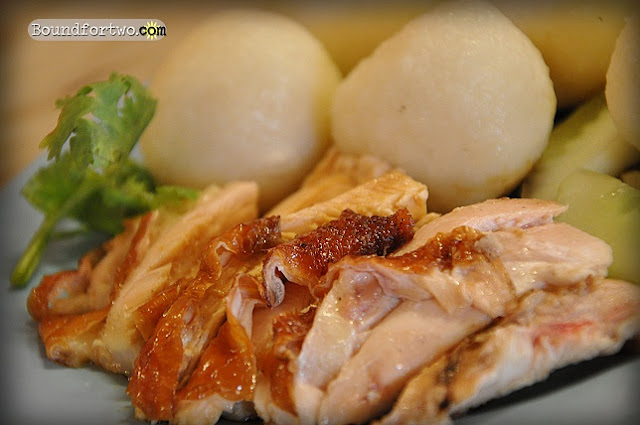 The chicken rice ball paired with a thinly sliced roasted chicken garnished with cucumber and celery were the best seller and celebrity in the restoran. The chicken was very tender and just cooked right. You can never go wrong to taste this famous food  when you visit the town. 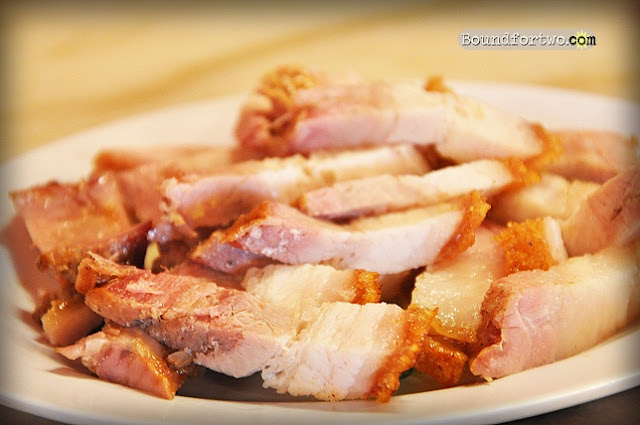 Don’t forget to try their crispy skin  tender meat Char Siew (Roasted Pork). It’s a sinful food that you can’t hardly resist. So far, this is the best Char Siew we had tasted compare to what we have tried in KL. 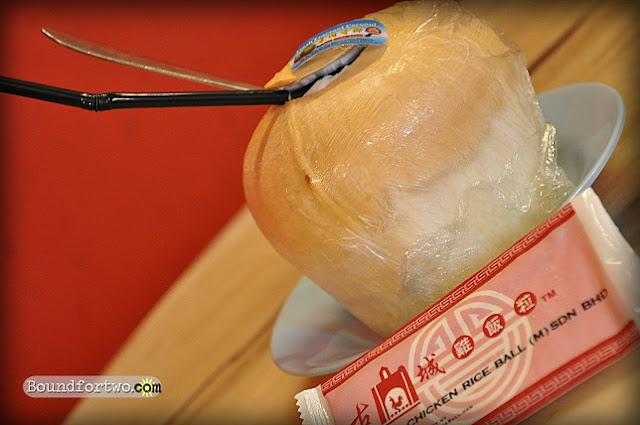 The fresh coconut is good healthy option with our sinful indulgence of Char Siew. The coconut juice  was not that good but enough to quench our thirst. 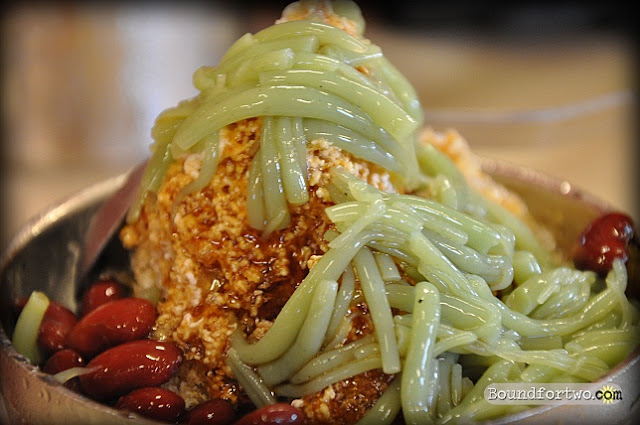 For the dessert, we tasted their version of Cendol. It taste a lot of better compare what we have tried in Jam Besar. I think the Palm sugar and it’s authentic coconut milk made the difference. The green worm like isn’t bad either as we expected. It’s definitely a must try. I score it as 5 out of 5

Night Bingeing
After tiring ourselves with more than kilometer walk in Jonker. It made Sky and our buddy hungry again and both had search for food in the middle of the night. 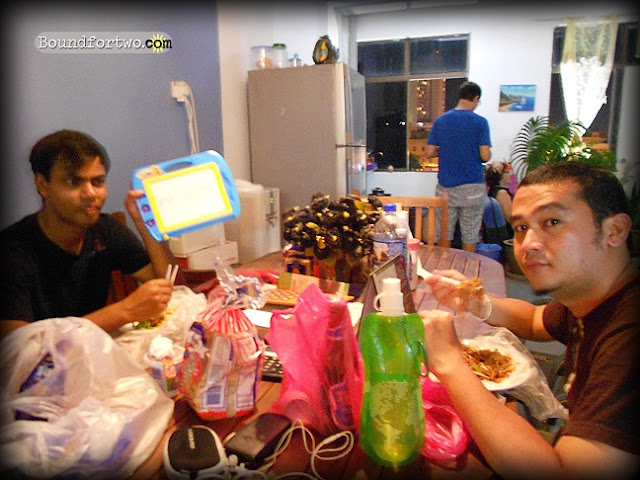 Look at the guy’s faces, kunyari hindi halatang gutom (pretending not to look starving). And I checked what they brought from the hawker near the Malacca river. 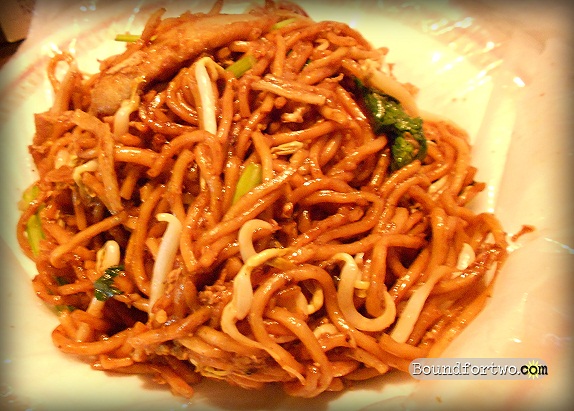 Mee Goreng with Shrimp and pork tidbits for Sky while our buddy settled for Scrambled egg. We didn’t expect the food was that tasty with generous amount of serving. And the night will not end without capping a bottle of beer for Sky.

A Tiger Beer to complete his day in Malacca, while enjoying tranquil night in this great historical city. We’ll surely come back again and will attempt to taste what we had missed.
Couple Foodie,
Summer and Sky
Facebook Comments
No comments yet