19:00 04/12/2012 Exactly just a year ago, an hour half before our maiden flight with Air Asia. We’re stuck in the baggage dropping area of Low-Cost Carrier Terminal in KL. Contemplating how our baggage turns to 45 kg when it was 40 the last time we mount those from the portable weighing scale 5 hours prior. We’re both shocked in disbelief how our baggage gain weight. But there was no point of arguing as the digital screen was very clear that we miscalculated some kgs. The friendly staff from Air Asia reminded us that we exceed 5 kg of our allowed baggage. She provide us with options and handled the situation very well. But our baffled mind respond quickly and took off that baggage away from the conveyor. We normally saw this kind of drama during baggage check-in and haven’t expected this will happen to us. We haven’t learned from others plight.  Having no extra moolah to pay for the excess baggage, would be a complete nightmare for any traveler.

A stream of sweat dripping from our forehead, figuring out what went wrong. “Maybe that portable weighing scale was the culprit or their weighing system wasn’t properly calibrated”.  Still, we face this problem and to decide quickly, or else worst will bound to happen. Thank God, we didn’t panic. We just remained calm, took a deep breath, cleared our thoughts and look to other passengers searching for an answer. 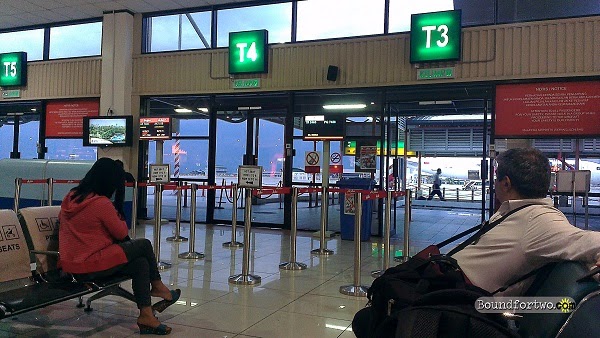 We curtailed some stuffs and hand carried them. Brilliant! The red dressed staff happily took our baggage on the conveyor for the second time around. We can’t hide our big smile after looking the combined weight on the digital screen 40kg. The over baggage mishap was prevented and thanks to that friendly Air Asia staff. Sweet! We felt relieved and hastily zoomed to Immigration for an exit.
After the stamp, it was all walk in the park and still got an extra hour before our maiden flight with Air Asia. 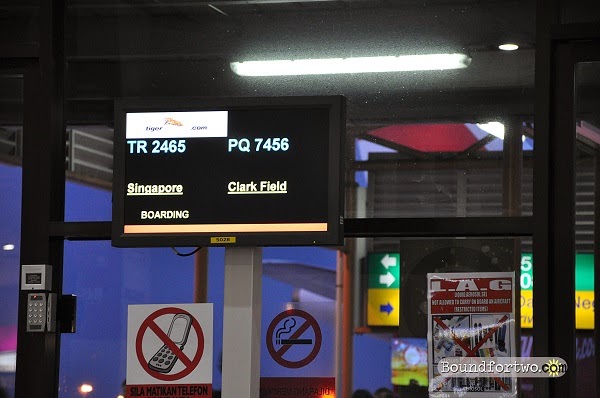 Checking the LED screen every 5 minutes and listening to airport announcements was like our routine before boarding. An angelic voice announced “Air Asia PQ 7456 bound to Clark Field is now ready for boarding” Our heart jumped for joy! Sweet music to our ears. Alas! we’re now boarding. Yoohoo! going back to the Philippines. If you’re an OFW and haven’t home for a while then you’ll  completely understand how we felt at that moment. 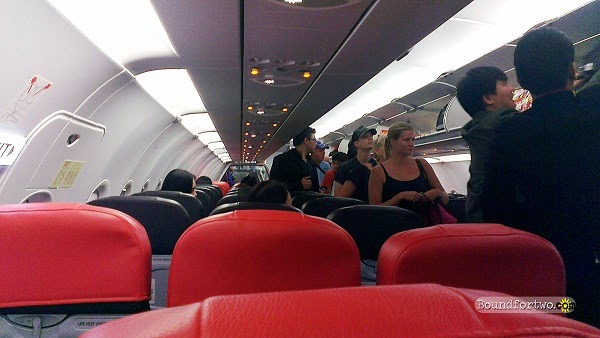 Once on the plane, we can’t help but wear that happy mask. Why not? they’re playing a Tagalog medley Christmas songs. Being a Filipino, hearing it made the background more festive and ecstatic. We’re humming and almost forgot we’re inside the aircraft. The music faded when all had boarded and found their seats. It was replaced by a recorded voice while the pretty and handsome FA’s prepared the pre-flight safety demo. We haven’t paid much attention as we’re overwhelmed and still in a euphoric state.


Flight PQ 7456 left KL as per schedule and was on the right course during the entire flight. We manage to doze a bit and next thing we knew was the landing announcement.  It took more than 3 hours before our journey ended at Diosdado Macapagal International Airport (DMIA), Clark Field Pampanga. We landed safely and thankful for the smoothest international airplane ride. 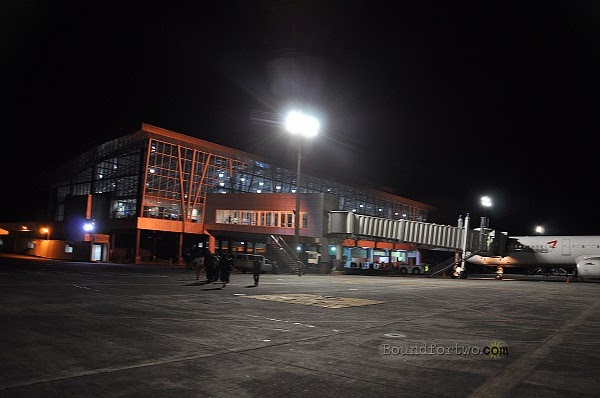 Cheap airfare, commendable staffs, good looking FA’s, delicious in flight meals and smooth plane ride. These are just few reasons why we’re in  Love at First Flight with Air Asia.
How was your first flight experience with Air Asia?
As of October 31, 2013 the Air Asia KL-Clark had ceased it’s operation due to it’s route network realignment. So we’re glad that we’ve experienced it before it became now as history.

Note:
This is not a sponsored post but our way of appreciation to Air Asia.

Our journey with Air Asia continues…

0 Replies to “Love at First Flight with Air Asia”