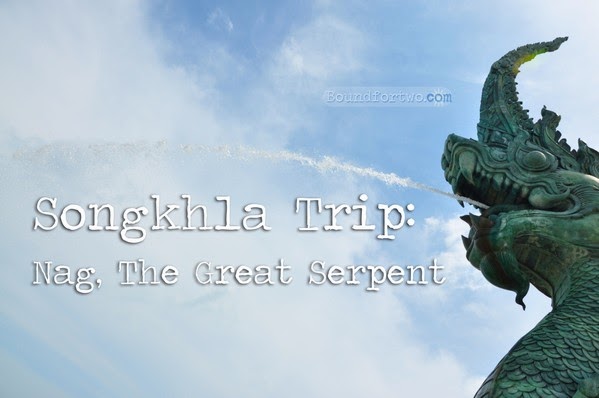 14:30 02/09/2012 Spitting water mythical creature that  resembles  of Merlion in Singapore, another lifeless statue hype by tourist guides.That’s how we look and interpret Nag, the first time we saw this mammoth sea dragon. But our baseless judgment  was instantly  axed by a local guide after he gaily shed us some light and explains the story and connection of this mythical sea dragon to the people of Songkhla and majority of Southern Thailand. 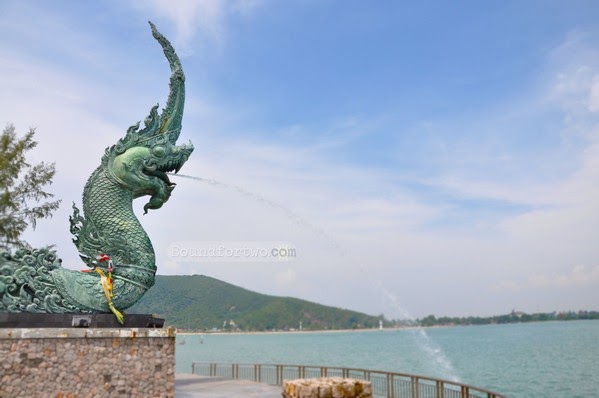 Nag, the great serpent, yadah yadah …Oh so it wasn’t a dragon after all? Jeez we thought it was a crossbreed between a dragon and a unicorn (see the horn?) Kidding aside, he made an introduction about Nag or Naga as  deity of divine creation of water as well as fertility to all living things. After reading the inscribed plaque below the monument, it now made sense to us. why the people of Songkhla had so much respect of this mythical entity.

The monument is situated at the estuary entrance to Songkhla lake within the Song Thale Park, Laem on Son in Songkhla City, Songkhla Province of Thailand. This monument had three sections, the Head, the one which we visit which symbolizes the intelligence and wisdom of the people in the city. The body or navel which represents city’s riches.  Lastly,  the tail  symbolizes the charisma and strength of community. All three parts were located separately, the two which we haven’t visited. 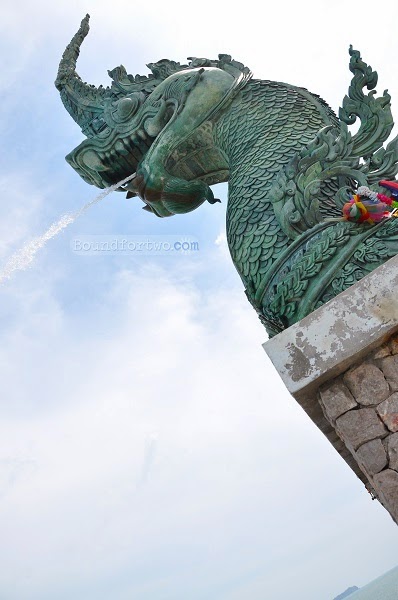 Back to the dragon or  rather serpent, the water that ejected from it’s mouth doesn’t only for visual’s delight. The Great Serpent sprays water for some good reason. 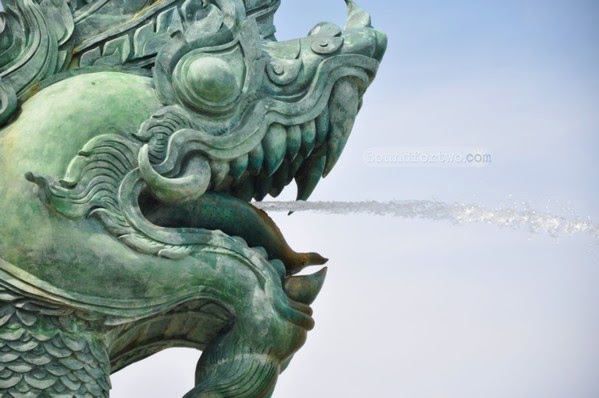 Local Thai’s believe that water spills out from Naga’s mouth brings happiness and good fortune. For the same thought  their mayor Mr. Utitt Chuchouy  ordered to create a monument honoring the Nag. 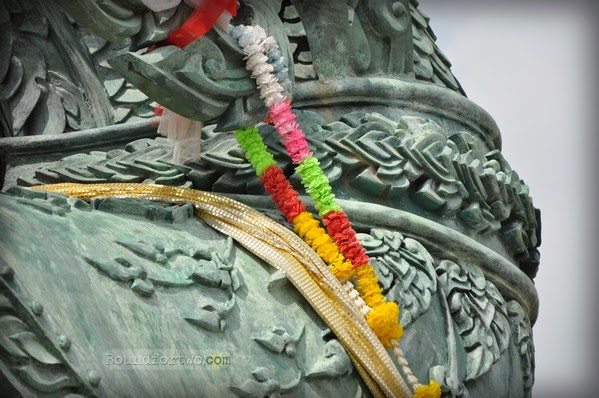 Every now and then, we saw people coming to Nag statue not for the photo session but to pay respect by giving garlands and citing some wishes. A total contrast of what we observe in Merlion in Singapore. 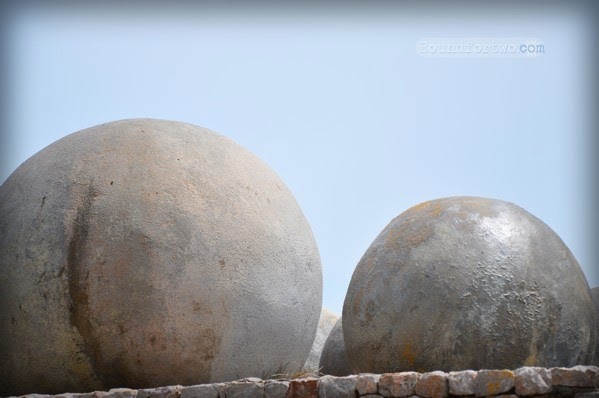 Not far from the statue, we saw these circular boulder, and Mr. B (our guide) remarks these  are the serpents egg. Weh? Yeah it was a lame joke, but we almost fall for it. 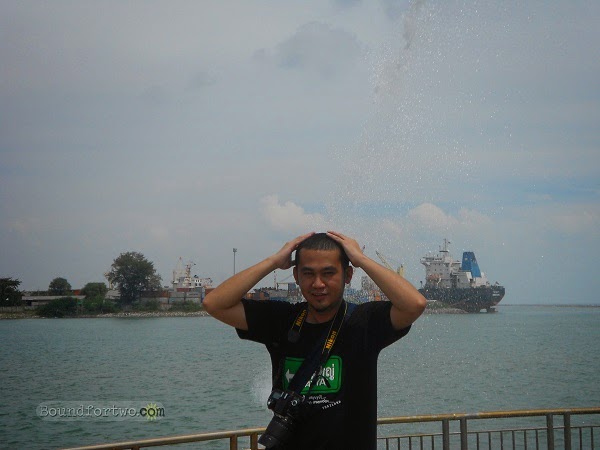 Before going for our next stop, Sky being naive immerse himself by Nag, the Great Serpent. The guide said it doesn’t only brings happiness and fortune but also health, good luck and washed away sins.
In memoir that will bind us with perpetual happiness. 🙂