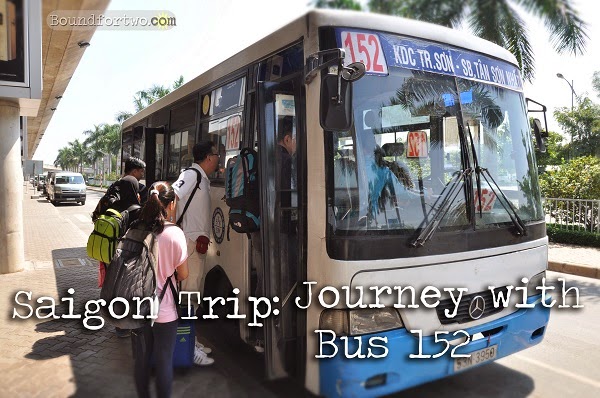 10:30 02/11/2013 Various language echoed at the exit area of Tan Son Nhat International Airport. Audibly we heard  thick accent English speakers, bubbly European backpackers,  and feisty Vietnamese who tried to lure everyone’s attention. Noise coming from the touts, drivers for hotel transfers, family members of arriving guests and curious bystanders. We expect non will wave nor shout our names indistinctly as we didn’t intend to get a hotel transfer or hired a private transport. Just like our Bangkok Trip bus journey , we took the public bus from airport to Ben Tanh Market through bus 152. 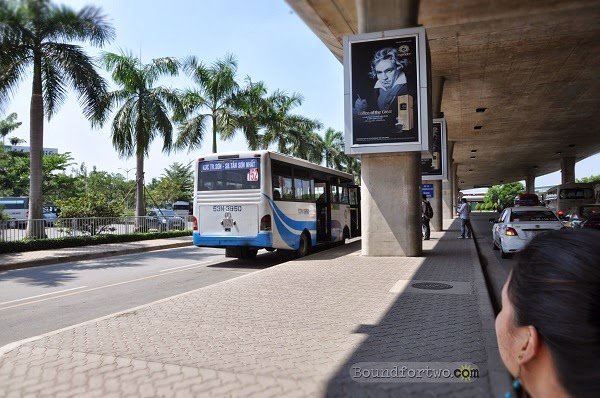 There are numerous mode of transport from Tan Son Nhat Airport going to Ho Chi Minh City proper. Metered Taxis, Private Cars, Rental Cars and Airport Pick up from Hotel Arrangement are to name a few. But we opted taking the Bus, aside from being cheapest way to Ho Chi Minh. This option will get us more acquainted with local Vietnamese. 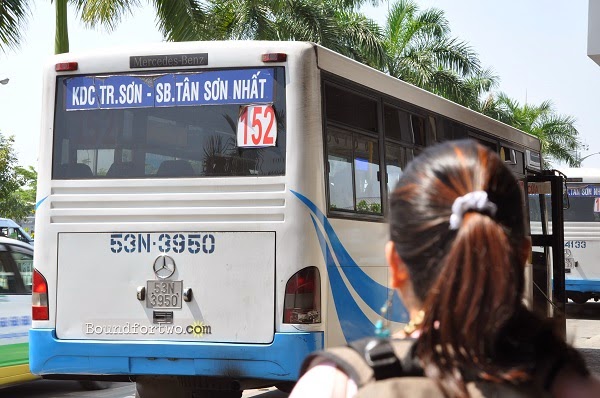 Just outside the airport, we walk few meters to right, where bus 152 was waiting. This bus usually left the airport on schedule (roughly every 15 minutes) or once all seats been occupied. Bus service runs from  6:00 AM till 7:30 PM Local time. 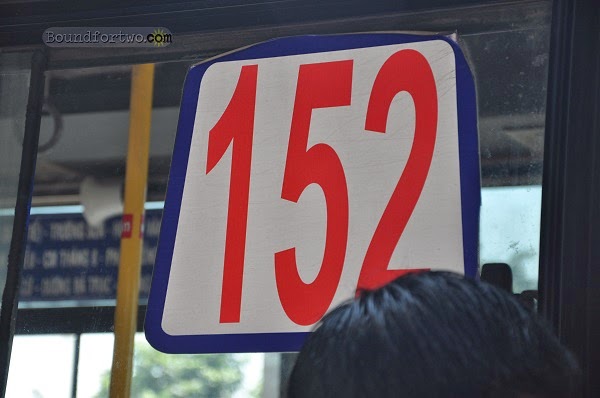 We asked the security personnel if bus 152 goes to the city , they just replied and gestured to hop on the bus. In which we’re so pleased as the welcome humid of Saigon was unforgivable that latter made our shirt drench with sweat. 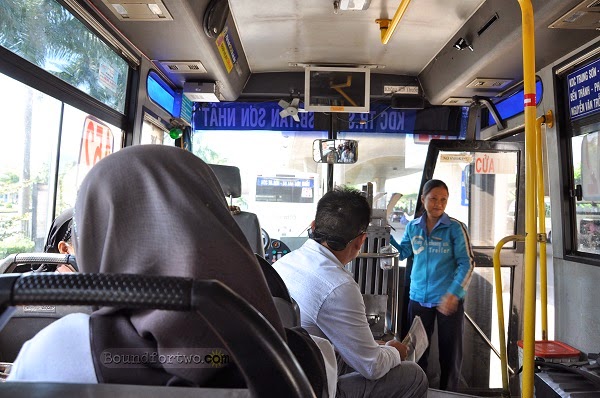 After settling, we politely asked the locals if the bus goes to the city. All we could hope was affirmative YES, instead we got a smile. 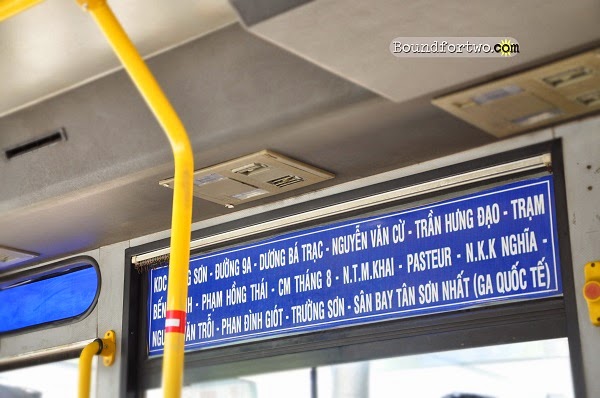 Then we tried understanding some Vietnamese scripts attached on the top window which was more likely to be a bus route.Only Ben Tanh and Tan Son Nhat  was familiar on the places listed above. We hope this will take us to the famous Ben Tanh Market. 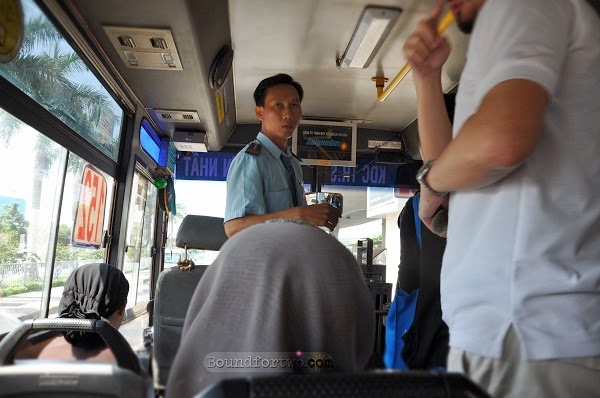 The driver confirmed and mentioned the bus will halt at Ben Tanh Market itself after collecting our bus fare. We paid 10,000 Dong (5,000 each which was roughly 10.50 Pesos). An extra 5,000 Dong will be charge if you carry an extra luggage. By experience, this is one of the cheapest  bus transfer from airport to the city in Southeast Asia. 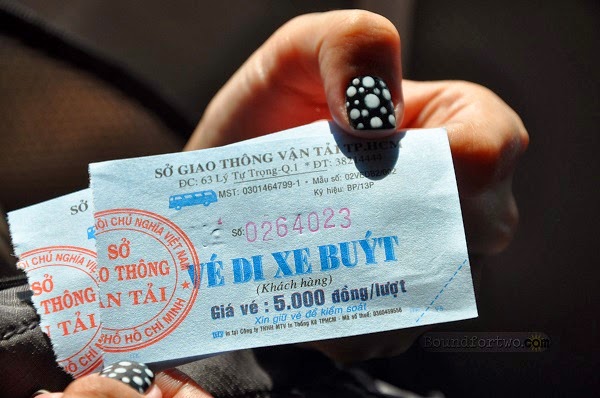 After the folks paid their respective fares. The driver went back to his seat, started the engine and obligingly turned on the AC which gratified the passengers including us. 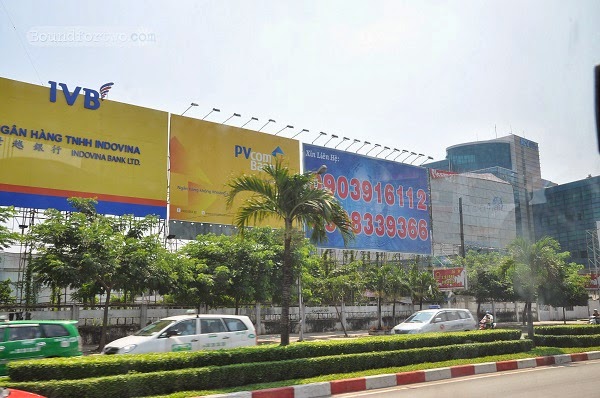 Few minutes passed, the towering billboards greeted us just outside the terminal complex. Which kinda resembles that of in EDSA except of course that chaotic traffic. 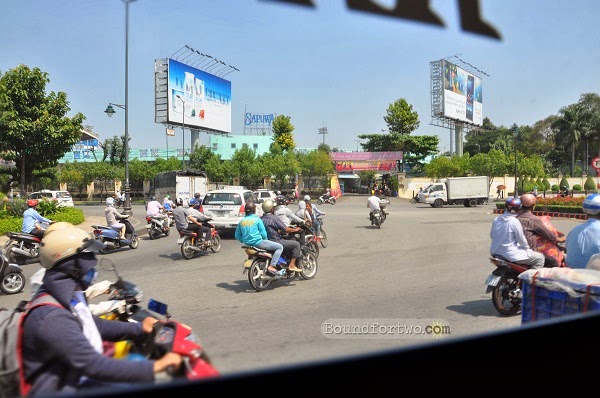 Along the journey hundreds of motor bikes were going in all directions. Racing each other every time the traffic signal turned green. It looks chaotic for a foreigner but seems locals are accustomed to it. The traffic all went smoothly and had never got chance being stuck for more than ten minutes. 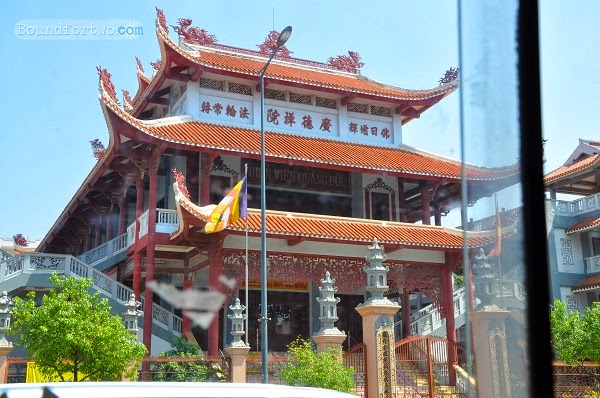 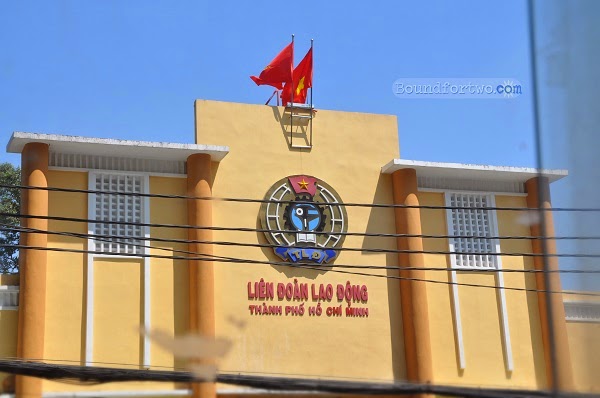 Each time our bus halted we gaze from window and admire their old building side by side with contemporary ones. These edifice makes up the modern  Ho Chi Minh. 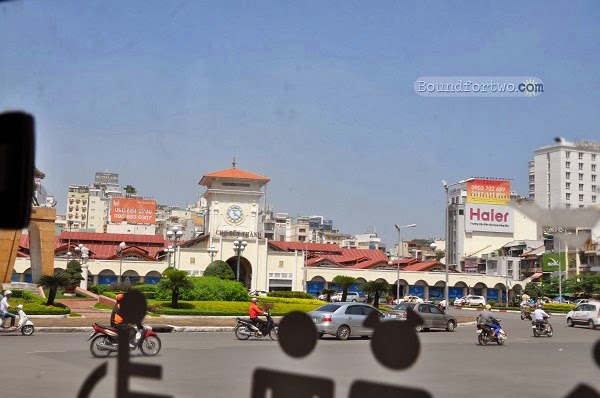 The forty five minutes  travel to the city from airport through public bus wasn’t that bad after all. The traffic was moderate and we’d reach to our destination with minimal expense.
Bravely criss-crossed with bikes at Ben Tanh round about, sip the famous Pho bo and became millionaires in an instant. That will be on the succeeding post.
Note: Fare quoted in this Trip is based from the time this entry is created 09/04/2014. So it will change without prior notice.
Public Bus Commuters,
Sky and Summer
Facebook Comments
No comments yet