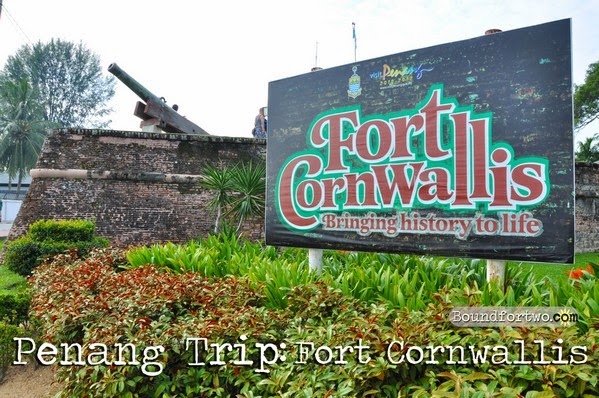 09:20 07/07/2013 Our eyes jut out in disbelief of what we just saw. An old fort with crumbling bricks and dingy cannons. Fort Cornwallis looks odd and stale but somehow it gave us that “historical” fervor feeling. If you’ve ardent reader of this blog, you know our proclivity when it comes to historical places such as this decrepit old fort. We’d rather skip a museum in favor of a shabby historical structures. We entered  the old fort in jovial manner with exaggerated smirk.

Temporary elation ceased when an old guy hollered us to pay the entrance fee after walking incessantly. All we thought it was free, but we don’t mind shelling out four 1 ringgit crisp bills (2RM each) for the sake of rehabilitation and maintenance of the fort. 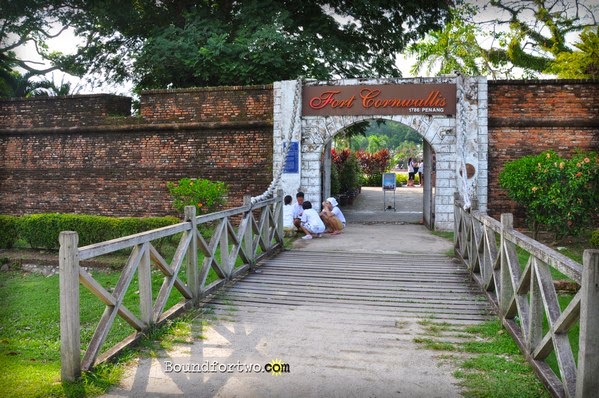 Just at the entrance, a tall monument which resembles of an old English aristocrat or some sort which looks stand proud from it’s elevated pedestal. We only came to know this guy was Sir Francis Light when a tour guide tell a story of this noble men.

The bronze statue of Sir Francis Light in Fort Cornwallis commemorates his landing on the island, 11th of August 1786. He was known as founder of British Colony of Penang and it’s capital Georgetown.

After a short introduction of Sir Francis Light we head straight to the main attraction of Fort Cornwallis, no other than the dingy cannons. 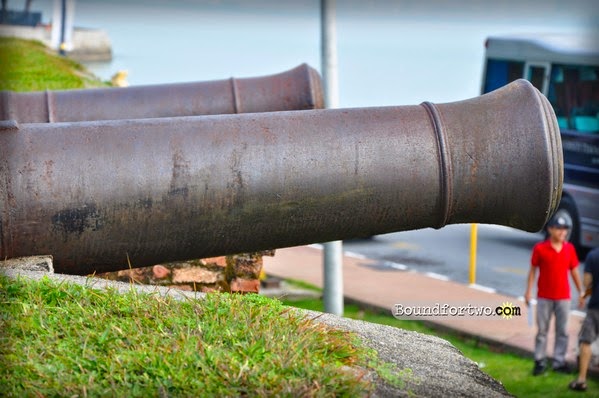 Surprisingly these heavy old cannons never went into a single battle. If they did, pretty sure there’s a lot of story and tales to tell. 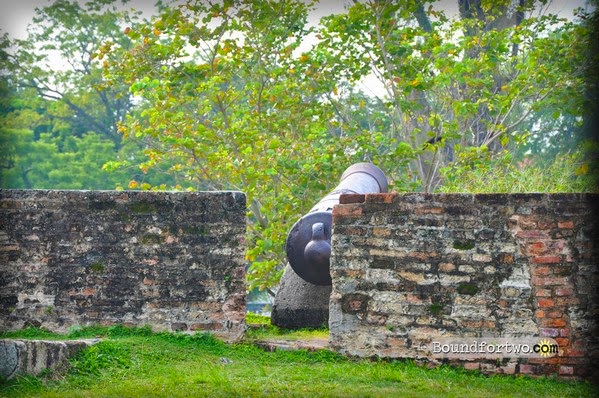 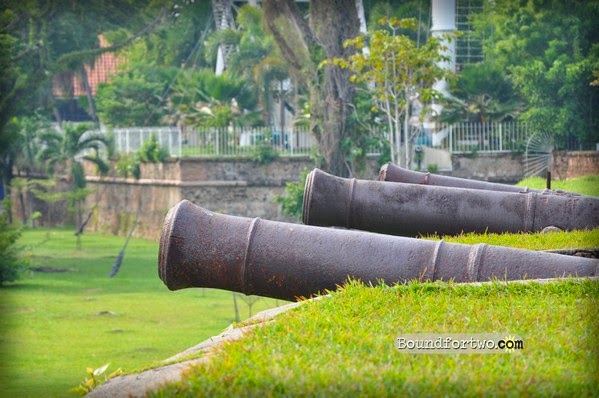 One of the old cannons that grab our attention was the bronze barrel called Sri Rambai. The largest cannon that has been passed from Dutch to Portuguese and later seized by British and placed it at the fort.
Local believes this cannon possess a magical power, which increases woman’s fertility rate if one offers a flower on the barrel. Hmmm? 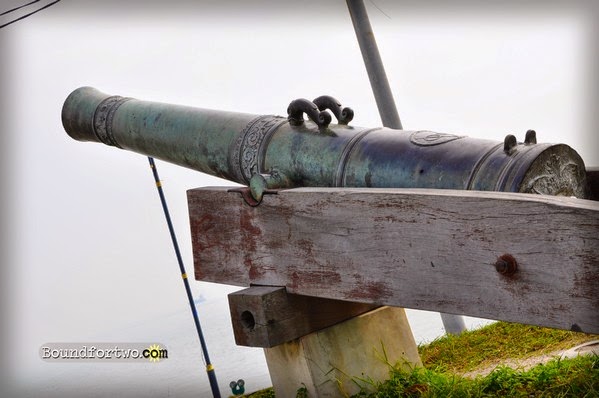 The whitewash bunker at the fort served as a gunpowder room which more look like a military barracks or a bomb shelter. 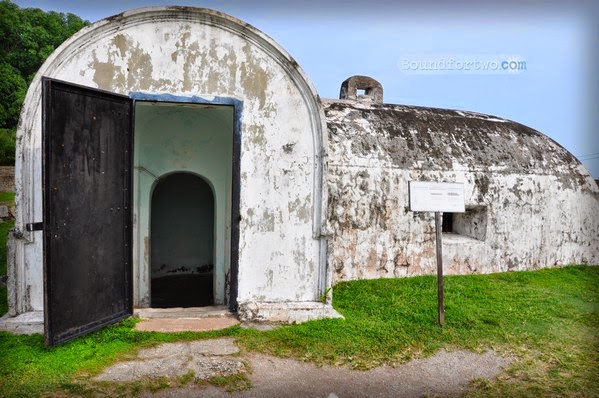 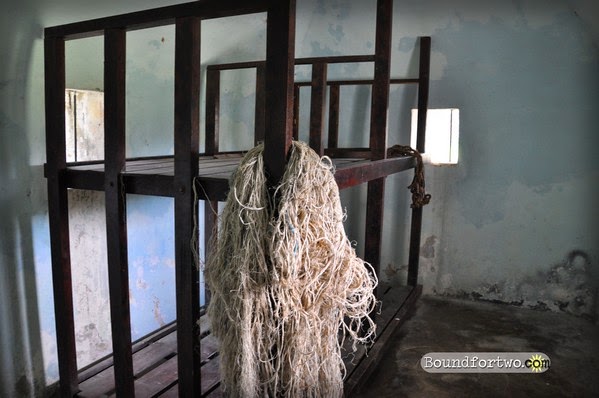 We sneaked and got inside the gunpowder room like kids playing hide and seek. It simulates like a prison. The rusty structure made it more eerie not to mention it’s unpleasant odor. Our heart beats faster and have that indescribable feeling after a minute or two. We zoomed out as faster as we could and never look back. Blame it to claustrophobia! 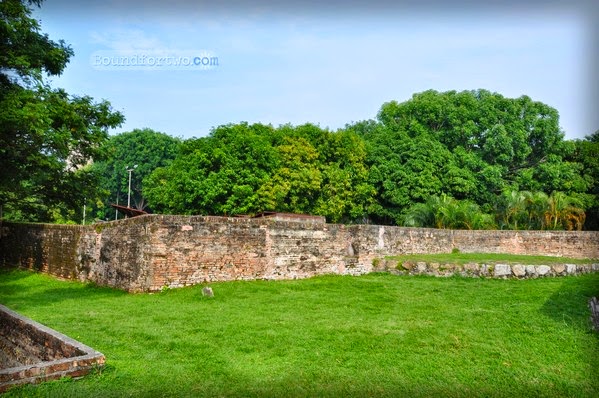 After gasping some fresh air, we stood near the dingy cannons and appreciate the beauty of once called the “the Great Fortress of Penang”. It may not tell a lot of beautiful war stories but sure it captures the heart of Penangites who until now preserved and valued this great treasure.
We left the fort, hands held and go back to the present time.
Historical City Wanderers
Sky and Summer