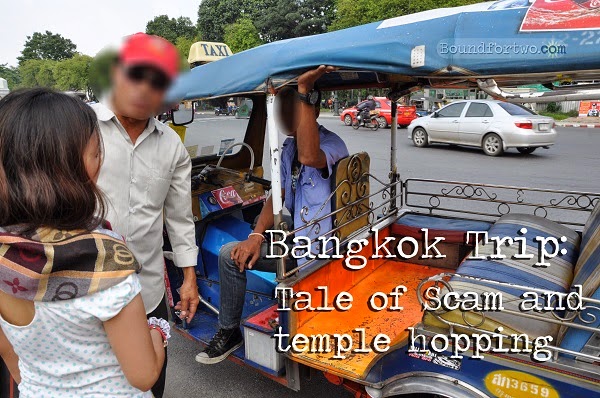 14:52 12/10/2013 Almost a year ago, our weekend escaped in Bangkok opened up a harsh reality of travelling , being scammed. It all started after we walked out from Grand Palace  disheartened after hearing from the bystanders that it’s about to close (this is also a known trick or scam). A guy appeared from nowhere and offered tuk tuk service that we nicely refused.  So we head on  to Wat Po (Temple of Golden Reclining Budddha) but somehow lost our way and ask the locals for direction. Suddenly a friendly Thai came to an aid and converse us in good English. He pointed us the right path. Before we proceed, he aptly told us  it was closed and will only open after an hour. He introduce himself as staff from local tourism that helps tourist. Being naive we trust him and heard his commendations. Then he called Tuk Tuk driver from afar to help us tour around and do sightseeing for the mean time while waiting for Wat Po to be reopened.

The guy was very polite and possess of good demeanor. Never hinted any signs of anomaly or sort. He helped us negotiated the driver and agreed on 80 baht (for 2) for 5 temple visit. Enthusiastically we command the driver to go straight away. Jom! 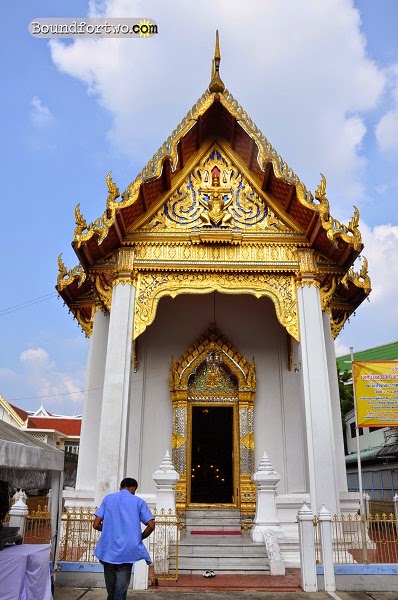 The first temple we visit was like a regular Wat that can be normally seen on any part of Thailand. The exteriors was pretty impressive, blinding us with beaming with gold. We briefly stayed and head on the next temple.

Surprisingly brought us to jewelry retail shop. It wasn’t part of the itinerary and questioned him why we made a stop. He explained in broken English if he gets a petrol voucher for every customer he drop on this store. Being nice, we follow his lead, went to the shop and pretended to be customers. After losing our 10 minutes looking at the overprice craft we came back to our tuk tuk. Then we head on the next Temple. 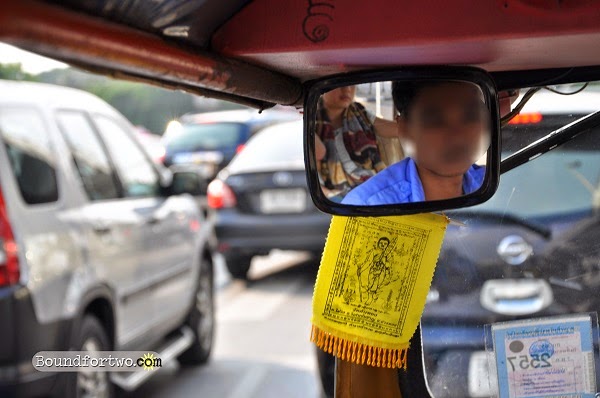 We’re both puzzled as why the driver speed up and race with cars and other tuk tuks. Full story of that crazy tuk tuk ride experience here. Abruptly he did a sharp turn and voila another Jewelry shop. Do we look like a walking ATM? 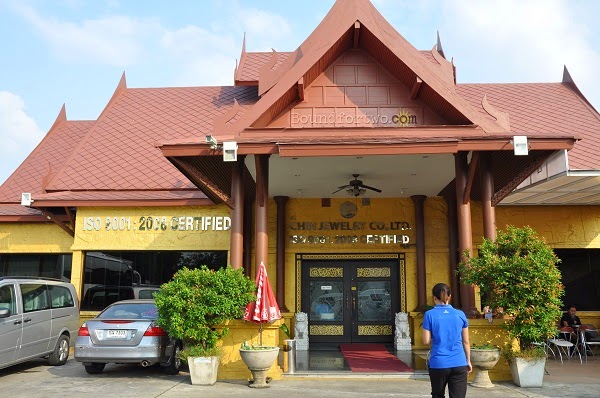 Hmmm. Our suspicion grows as other tuk tuk driver unloaded naive tourists like us on the Jewelry store. We just realized this is the catch of that cheapo 80 baht ride. The temple hopping was a ploy of bringing innocent tourist to jewelry stores. Instead of getting disappointed we played his game. We scout on the shop, check the gems, and shortlisted some crafts. But of course we didn’t burn some cash. We left the shop with a positive remark, “will buy later blah blah after we visit the temples”. The driver grinned  and brought us to the real temple. 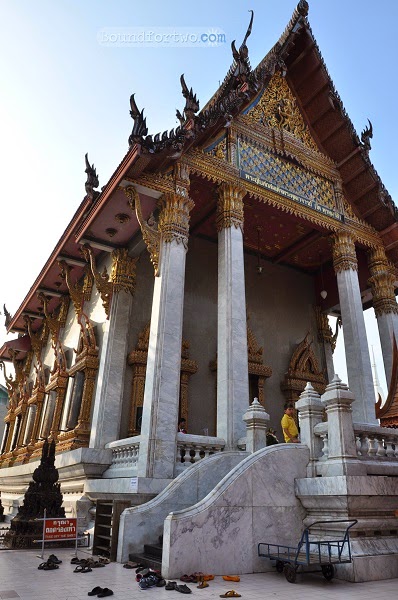 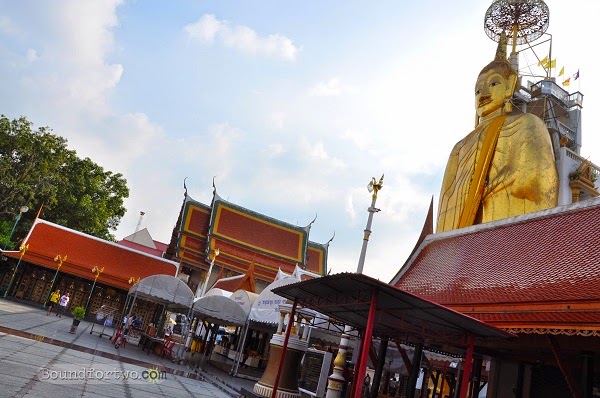 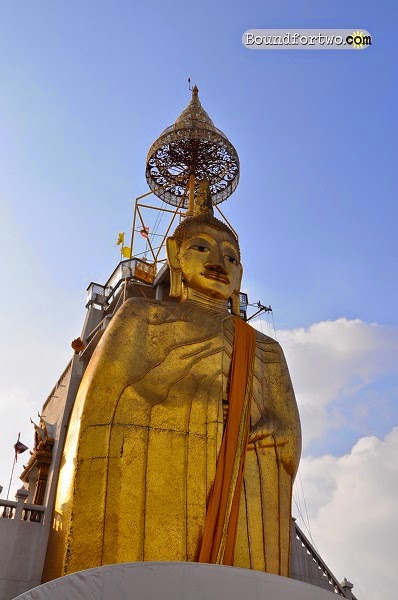 Looking at the tall buddha image drifted our little setback and turn it into amazement. If we didn’t give in, for sure we lost an opportunity to visit this mighty religious structure.
After visiting the complex, we instructed the operator to drove us back to Wat Po and cancelled off the other temple visit as an hour had passed and we don’t want to missed the Golden Reclining Buddha.
By the way to avoid the other known scams in Bangkok  you may start from here.  If we just read on prior to our trip, we could have spare of being dupe. Sometimes misfortune could lead you unexpected turns and surprises.
Temple Raiders,
Sky and Summer