14:15 07/07/2013 Our short stint at Lorong Burma in Pulau Tikus Penang made us covered two countries just within two hours. How would that possible? Hey we’re not kidding. There is a part of Burma (now Myanmar) and Thailand on Malaysian soil. Don’t be confuse,  we’re referring to the Burmese and Thai religious structures that have been erected century ago on this beautiful island. Credit to the monks who migrated from their respective countries and settled at Pulau Pinang.

After touring Myanmar through Dhammikarama Temple, our appetite for temple hopping didn’t dwindled. Just opposite to Burmese temple was a Thai inspired Buddhist temple, the Wat Chayamangkalaram. 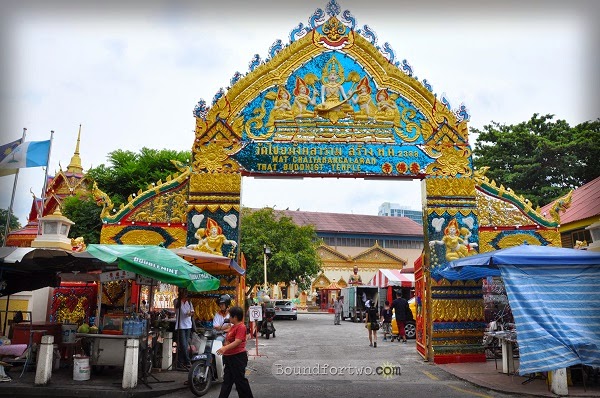 The temple was built in 1845 due to the growing population of Thais on the island. Now, it serves as a place of worship not only for Thai Buddhist living in Penang but also for locals and tourist. 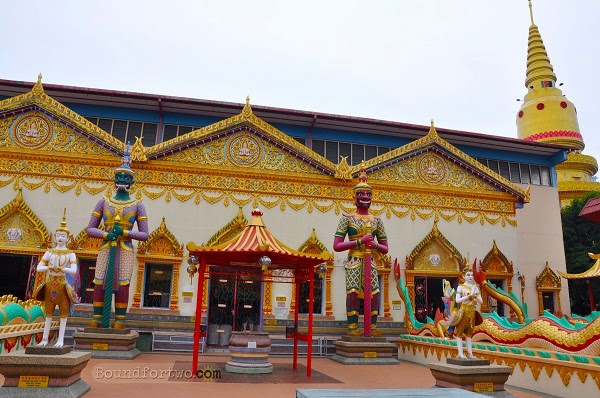 We slid inside the temple complex and roam the compound. The mythical dragons and Buddhist icon dot the facade of the main hall. The Yakshas guarded the entrance to its might. Yaksha or Dewas are the usual symbols on Thai temples. 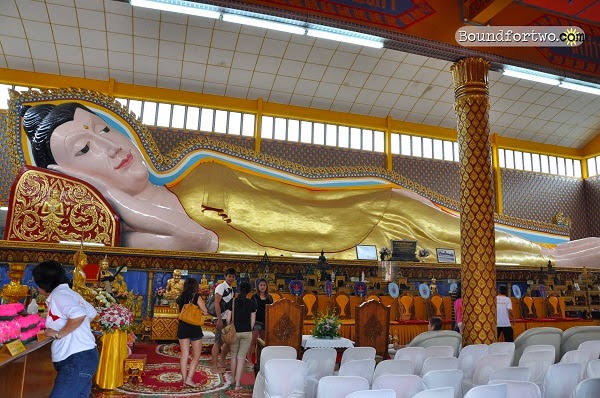 Wat Chayamangkalaram houses a 33-meter gold plated reclining Buddha, the center of attraction. It was labeled one of the biggest reclining Buddhas in the world.
The reclining Buddha was made of a gold leaf while the white on the eyes and toenails were made of Mother of all Pearls. 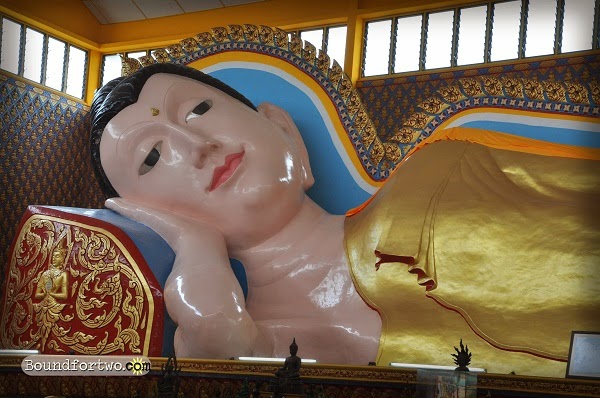 Its enormous size was undoubtedly magnificent and can’t help but compare it on the two mammoth Buddha’s we encountered the Wat Hat Yai Nai in Hatyai and Wat Phranon Laem Pho in Songkhla. Both located in Southern Thailand. 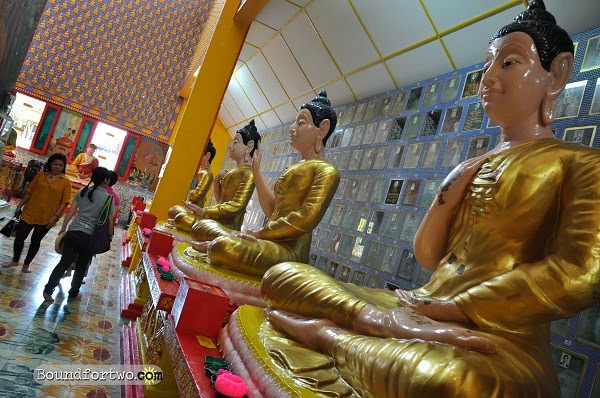 The Buddha lies on his right side with his head resting on his right hand depicts his death. There is also a different posture of Buddha and Niches that contains the cremated ashes of the devotees placed at the back of a huge statue. 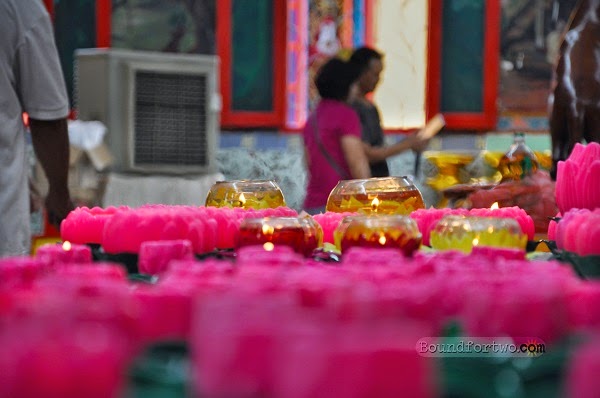 Devotees offered their prayers and lit their candles on these pink lotus designed candle holders. 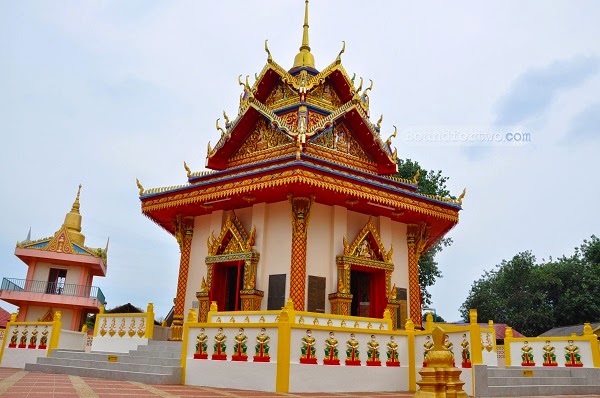 One of the prayer hall at the Wat Chayamangkalaram complex. It’s outward Thai architecture was screaming with vibrant colors and gaudy designs. 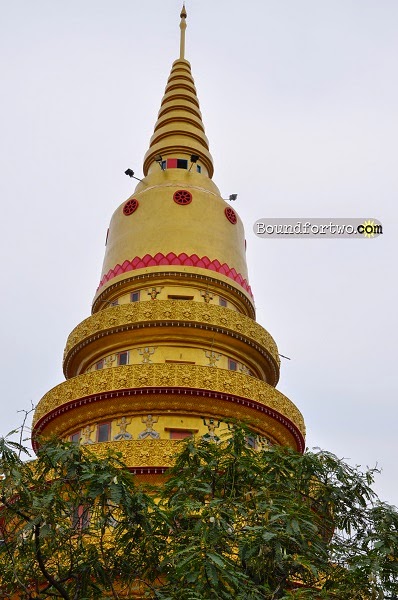 A Thai Buddhist temple would not be complete without a Chedi or Stupa built on the complex. It’s elaborate and ornate designs was distinctively Thai. It was anchored, such a way, dominates the complex skyline.
Our two hours was well spent on the two Buddhist temples at Lorong Burma. It surely deserves a visit when visiting Penang in Malaysia.
Temple Raiders,
Sky and Summer
Facebook Comments
No comments yet