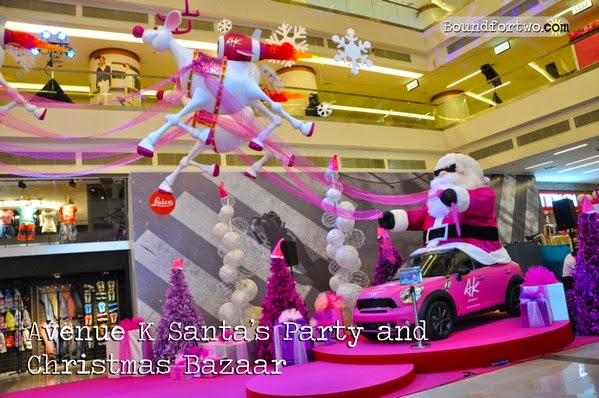 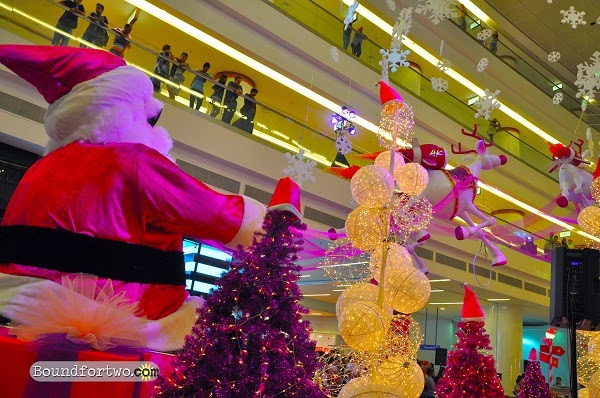 The whole crowd converge at the lobby waiting for a spectacular show to be unveiled.  The party haven’t started yet until a gang of pretty ladies clad in Green Elves costume paraded from the escalator. Spotlight was on them. They’d successfully surprised the crowd with such dramatic entrance. 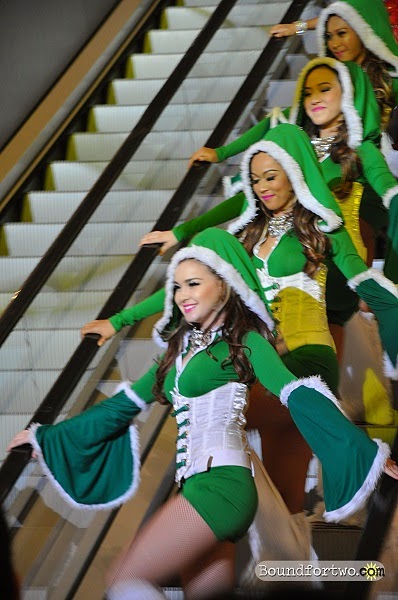 The pretty sexy elves wowed the crowd and then another group of sexy Lady Santa’s known as “Santarinas” grace the crowd. 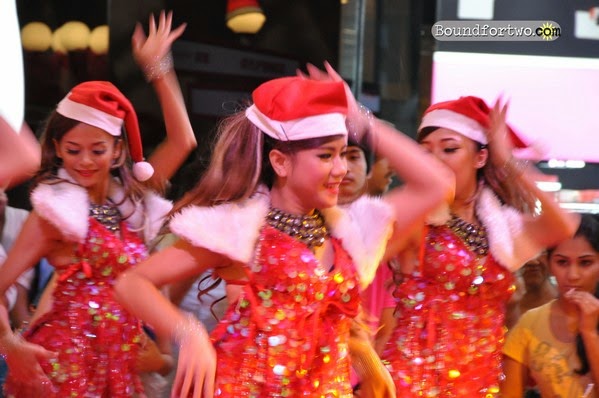 They’re all dancing to the tune of Christmas Medleys. People (majority guys)were screaming with their giggling performance. Not too long,  a powerful voice joined on the festive frenzy. 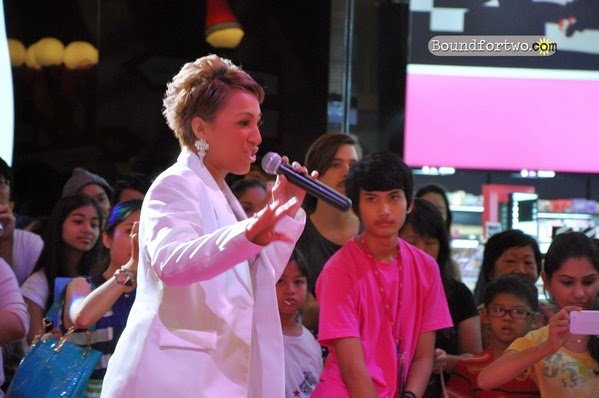 The famous diva Joy Shavini Victor serenaded the crowd with Christmas songs. She got a nice vocals and soulful rendition which most got teary eyed.  Watch her Live Performance below.

Another highlight of Santa’s party was a heart stopping aerial acrobatic performance of Jane Victor Solberg, the diva’s sister. 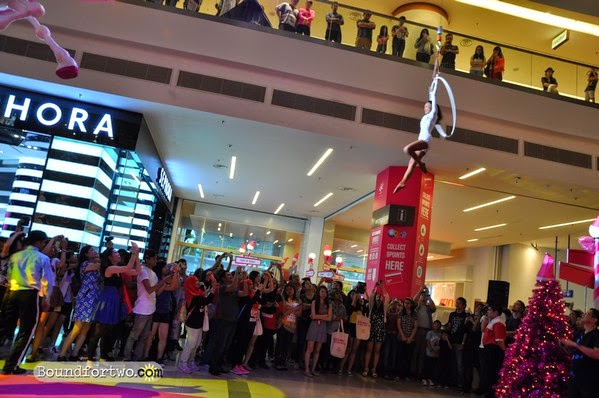 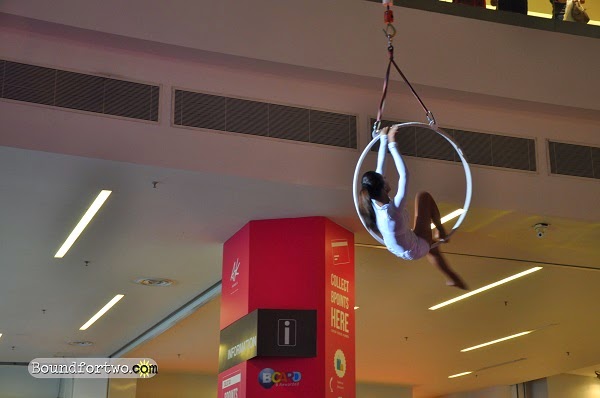 Every time she makes a move, crowd gets amused and excited. She pulled off a great performance and entire spectators give her a big applause.

The Santa’s Party was a success and people get a chance to take photos with Ms. Joy Victor and sexy Elves and Satarinas