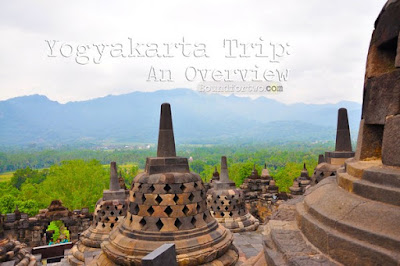 13:45 04/04/2014 Humid and warm, that is how Jogjakarta welcomed us at Tugu train station.  A warmed embrace which made us sweltered, but not that extreme. It’s similar to any city in the tropical country of Indonesia.  A nation situated at the equator which promise eternal sunshine for sun chasers. Don’t get us wrong, we’re not complaining. We love the sun and surely this weather will not impede us exploring the artistic and intellectual heritage city of Jogja. 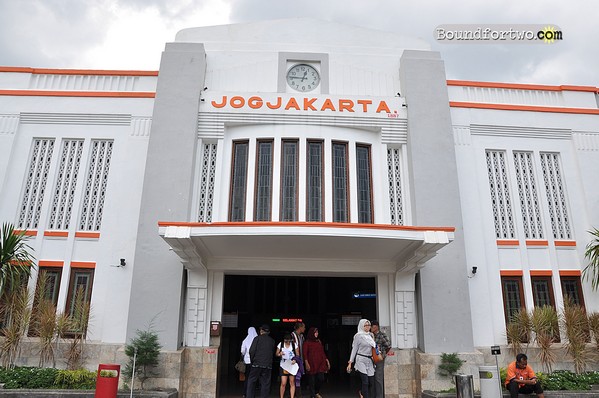 We stepped out from Tugu station, with great anticipation of what Jogja can offer. As introduction, we met some friendly Javanese people radiated with smile  A genuine smirk without a hint of pomposity. We felt easily connected, probably due to our intertwined historical affinity or kinship as a brown race. We approached them for direction and returned them a smile.
Temporary Abode 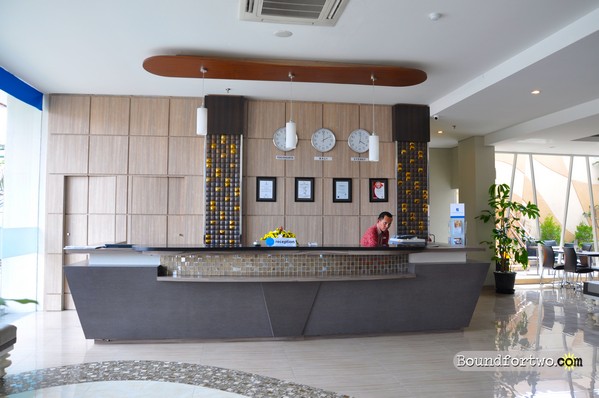 We reached to our hotel in less than 15 minutes of walking. We booked at the Hotel Dafam Fortuna Malioboro which is one of newest hotel in Jogja, close to Malioboro Street.  It’s a kind of hotel that will make you stay in the bed bit longer until it become a staycation.  We’d a good experience staying on this hotel, and surely  deserves a review. That would be on a separate post. 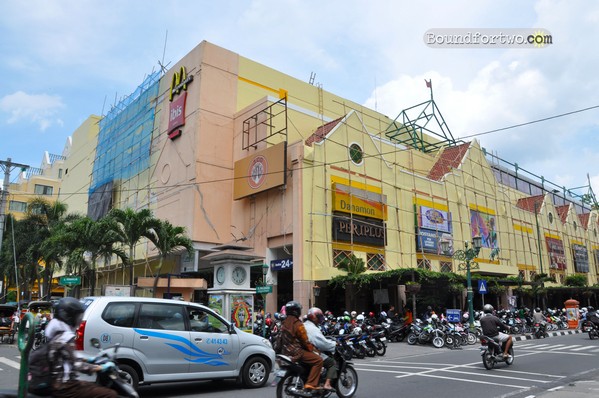 The main thoroughfare and commercial street of Jogjakarta. We find ourselves scrambling at Malioboro searching some nice house decors, souvenirs and of course famous batiks. We scored great bargains and spend at least some Million Indonesian Rupiahs from our travel budget. 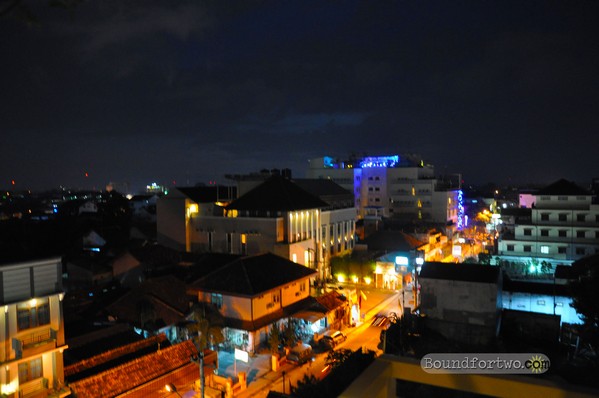 Night is filled with blinding colorful neon lights and magnificent view of urban landscape that sprawls on this heritage city. 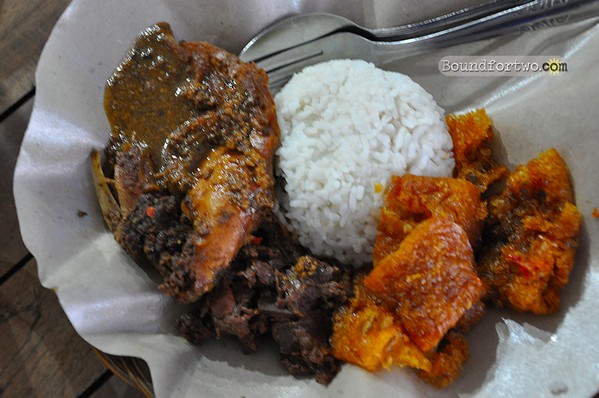 A visit to Jogja is not complete without trying their staple, Nasi Gudeg. A  traditional Javanese cuisine which is made from young unripe jackfruit, boiled with palmsugar and cocunut milk. We devoured not just twice but four times on this dish.

Jogjakarta is ideal place as jump point for temple hopping to the famous archaeological sites of Borobudur, Prambanan and other Candi spread across the Central Java. 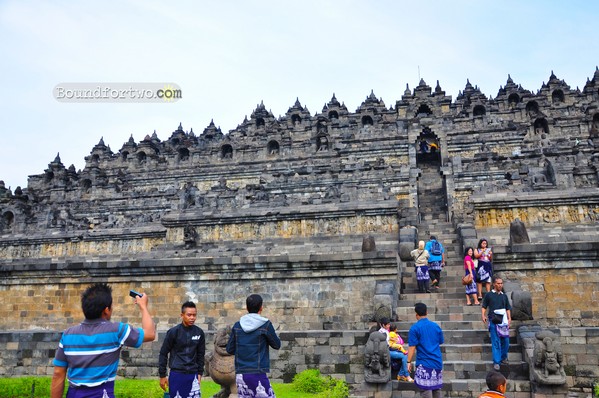 We reached Borobudur Site in just an hour via a private car that we hired. This UNESCO heritage site is the famous tourist attraction in Indonesia. People all over the world visit this magnificent architectural wonder which dated back in 9th century. 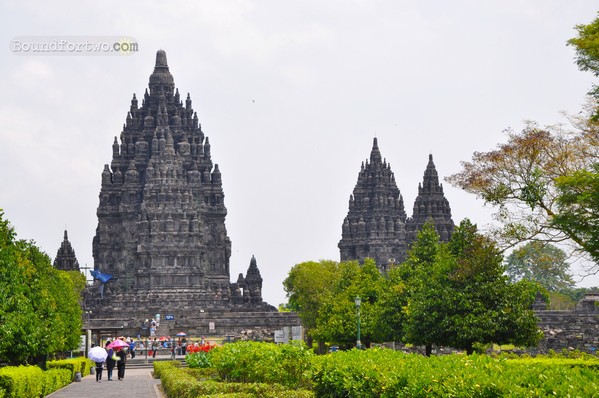 The trimurti Hindu temples of Prambanan was astonishingly captivating and it’s revered as one of the biggest Hindu temples in Southeast Asia. 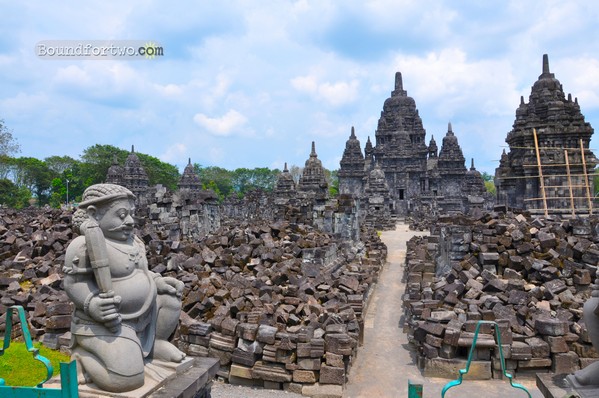 Just within the Prambanan site, another temple stood against time. Candi Sewu is the second largest Buddhist temple in Indonesia after Borobudur. 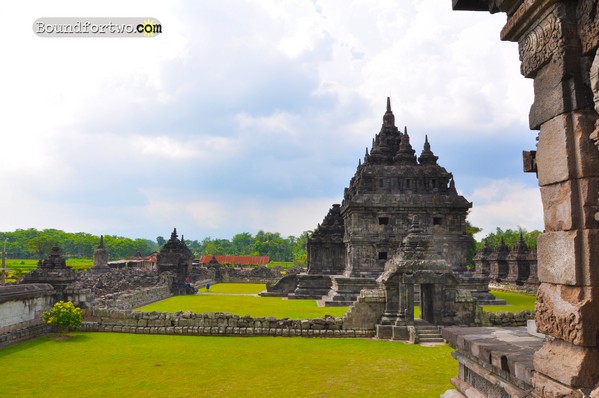 Another Buddhist complex located kilometer away from Prambanan is Candi Plaosan. It is an ensemble of two Buddhist temples, Plaosan Lor and Plaosan Kidul. 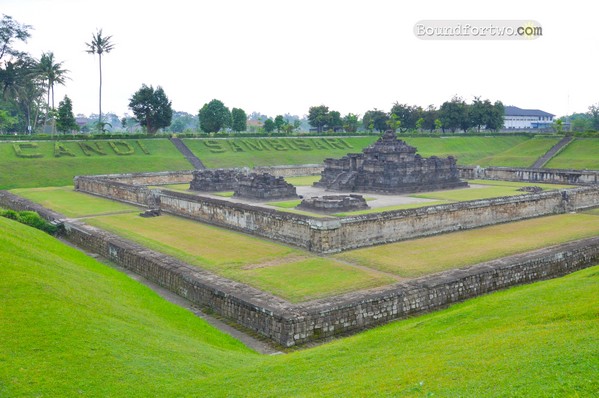 One of the unique temple we visited in Yogyakarta was the Candi Sambisari. This temple was buried five meters underground due to the eruption of Mt. Merapi. A Hindu temple which architecture style and ornaments resembles those on Prambanan also dated on 9th century.
There are famous landmarks we haven’t covered on this trip to Jogja. We did that on purpose so we could come back and have that reason. 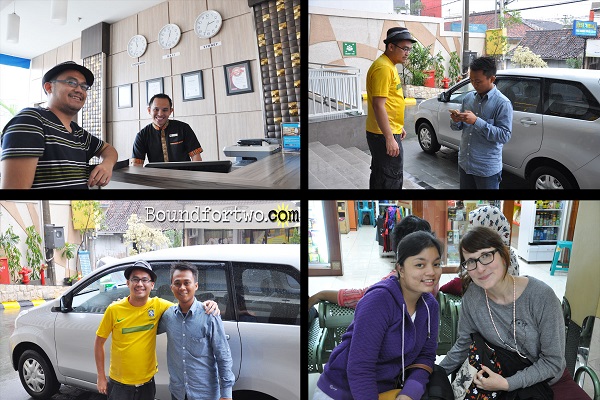 Our trip in Jogjakarta wouldn’t be pleasant if not of these people we met. John (Upper left photo) was the ever friendly and the face of Hotel Dafam Fortuna Malioboro who ensured our comfortable stay in the hotel. Edho (Upper left and lower right) the young and energetic guide/ driver which toured us around Central Java. He made our temple hopping possible which in turn tick off one of our 40ish list. And last but not the least Sonja, a solo German traveler we bump at Adisucipto Airport. Just like us she wanders around the globe at her own pace.
We’ll share our detailed post on our temple visits and more about Jojga on the upcoming posts.
City Wanderer,
Sky and Summer
Facebook Comments
No comments yet