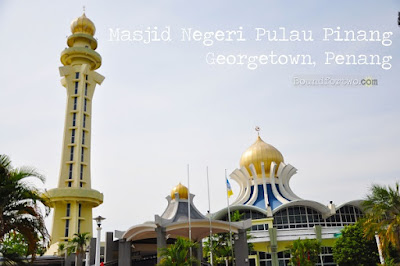 11:00 01/02/2014 Onion shaped dome gleaming with gold. That was our first impression to the striking mosque we saw on our way to Kek Lok Si Temple in Air Hitam, Penang. We’d been mesmerized, we vow to return and glimpse it’s splendid beauty. Fast forward to six months, our fascination and love for religious architecture brought us back to Penang. We didn’t only see her we also uncovered a connection between a Filipino and Masjid Negeri Pulau Penang.

All been a while, people believed it’s a masterpiece of the famous Brazilian architect, Oscar Niemeyer. The same person who designed the Cathedral of Brasilia with same imposing resemblance of Hyperboloid structure. But actually it was the designed by a Filipino architect name Efren Brindez Paz.

Our strong interest grows even more after knowing it was designed by a compatriot. Filipinos are known for innovative and creative in architecture. No wonder this mosque is quite unique as it embrace western modern fusion with Malay elements in design. 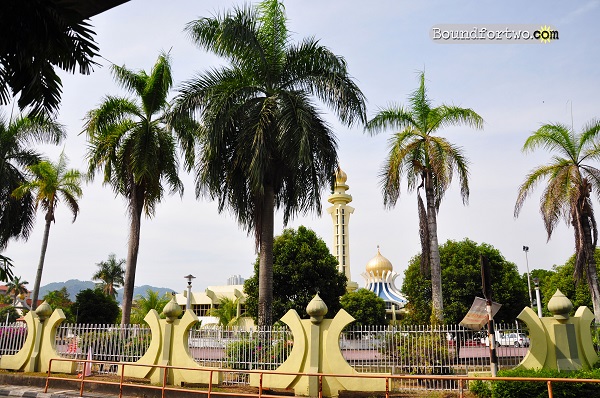 We took off from the bus at a nearby station at Jalan Masjid Negeri. The swaying palm trees enthusiastically welcomed us from afar. We stride on the adjacent road as entrance was much nearer to the mosque.
The whole complex was empty except on the few cars occupied some space on the parking area. We asked permission from a caretaker if we can roam within the premises. We’re allowed but reminded not to go inside the prayer hall unless we obtain a special permission from the State Religious department. We took some photos in different angle of the golden mosque from a distance. 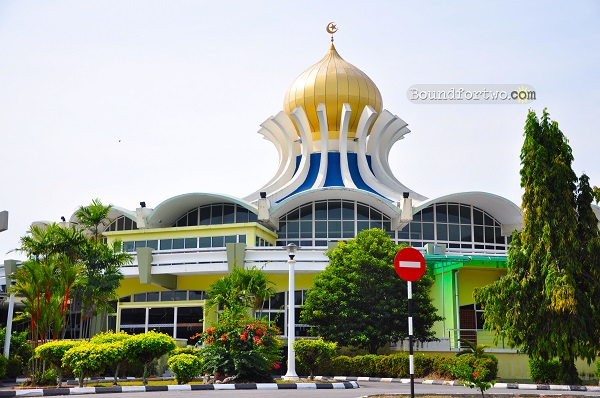 The hyperboloid columns acts as a base like supporting the inverted Onion shaped dome. The arches painted with blue serves as a roof. They’re all connected by the tails of hyperboloid columns. The whole structure was undeniably a masterpiece and a product of ingenuity. 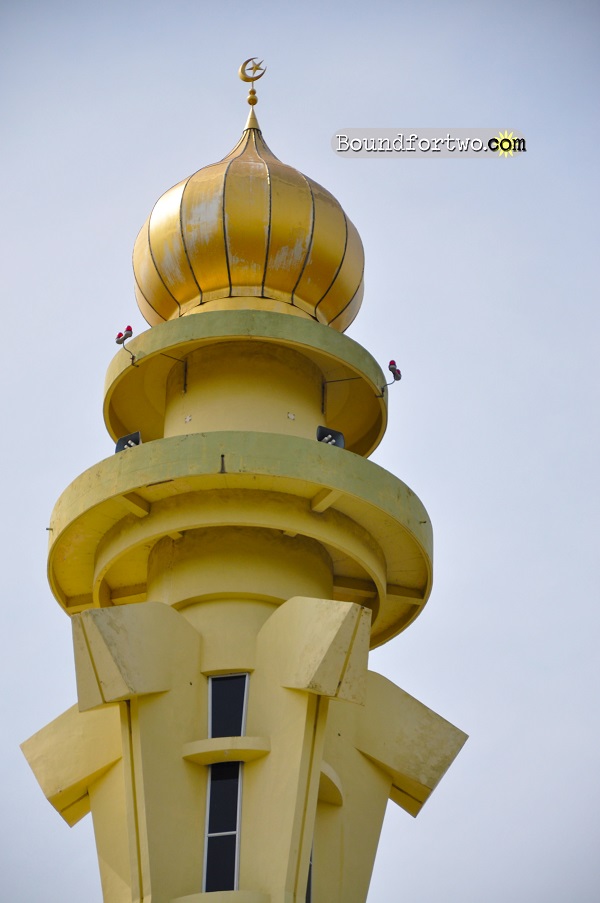 Masjid Negeri Pulau Pinang  minaret is also an attraction of it’s own. It’s capped with similar onion shaped golden dome while it’s body is painted with similar hue of gold. The towering height houses the loud speakers which are used during the prayers.

Wished we could have visit inside the hall and see it’s unique aesthetics. That will be save for our return, if given an opportunity.