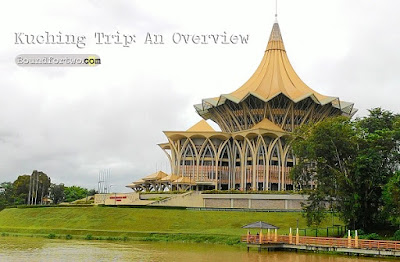 10:00 01/02/2015 How does it looks like on the other side? An innocent question surfaced few years back when we set foot for the first time in Peninsular Malaysia. We’re bit intrigued on the eastern part territory (Sabah and Sarawak) of the country which is located on the island of  Borneo. When opportunity came in during the Federal Territory celebration we packed our bags  and head to Kuching, Sarawak the “land of the hornbills”.

Travelling by air from KL to Kuching is the same flight time from Manila to Davao, about an hour and forty five minutes. All we saw from up above are cotton clouds which turned to gray. Our hunched confirmed when a heavy downpour welcomed us before our plane touched down. Nay! But we’re not fret since we don’t have a schedule activity for the day and we’ll explore Kuching in Random. 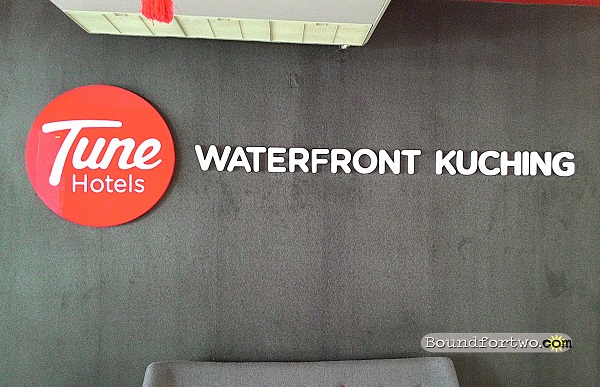 Our reticent cab driver brought us to downtown Kuching without delay and dropped us on very the doorstep of our temporary abode, Tune Hotel Waterfront Kuching. This will be our 4th Tune hotel stay after Hatyai, Solo and Cebu. We had a nice impression on this hotel and will share a full review on a separate post.
Where had we been?
We started our meandering towards the riverfront and head straight to the iconic statue of the city, the Cats. If you didn’t know Kuching is a Malay term for Cat, where the city is named after. You’ll  probably asked, if we saw real cats there, unfortunately no. Blame it to the bad weather. We failed to locat the Cat museum too, sigh! 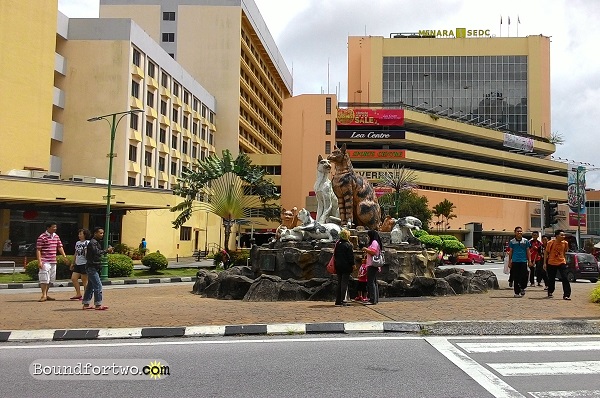 People showed their affection to Kuching by posing selfies and profile worthy pictures behind the famous human size cat statues. We waited until people deserted the cats and pose for our turn. 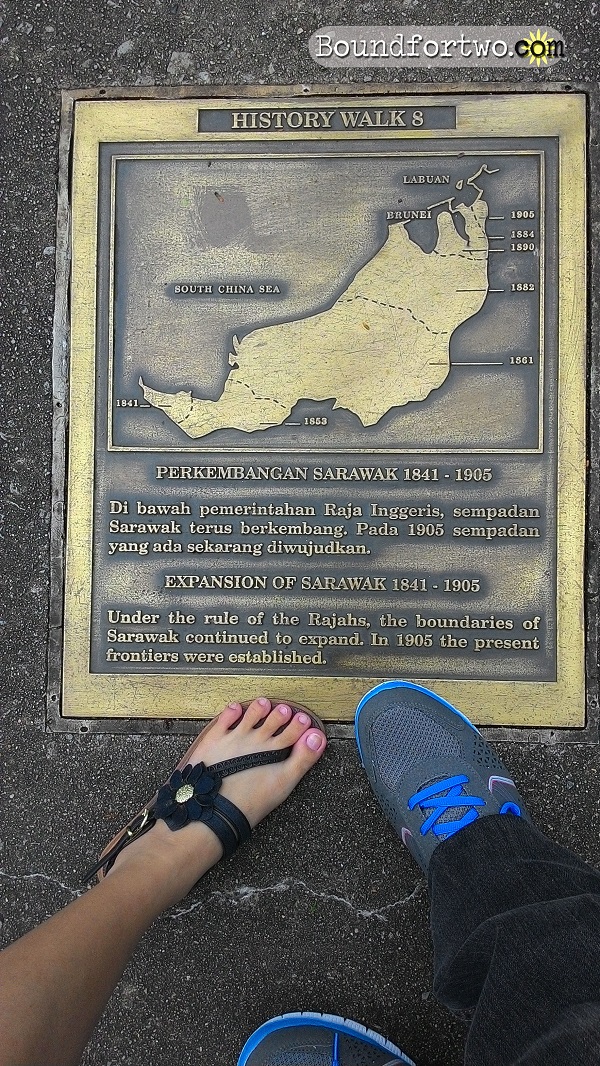 As we stride along the riverfront, we feel like we traveled back in time following the trail of Kuching historical walk. It’s quite discerning how the state of Sarawak formed until it become part of Malaysia. 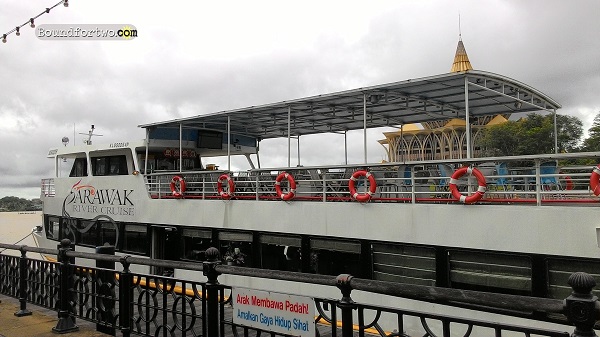 The best way to explore Kuching is no other than by boat. We obtain a nice deal ( half the regular price) when we purchase the Sarawak Cruise tour from our hotel. The boat tours navigates the Sarawak River which covers interesting sites in Kuching for an hour. A detail story of our fun-exciting tour on a succeeding post. 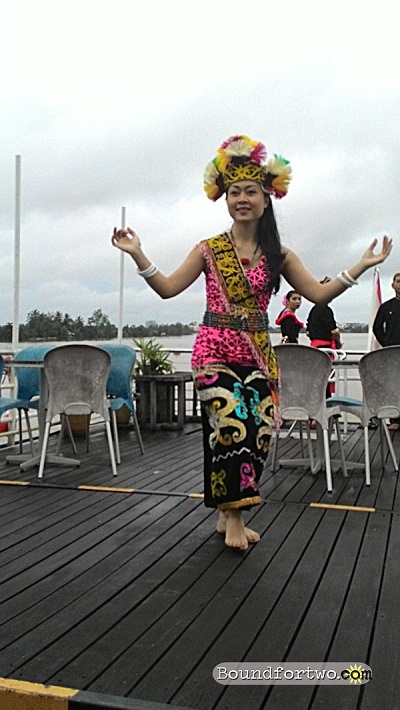 During the cruise, we’d also took a glimpse of the rich culture of Sarawak through a cultural dance showcase. Four difference dances, each  represents a specific tribe that dwells in Borneo island. It was interesting and entertaining at same time.
Food! 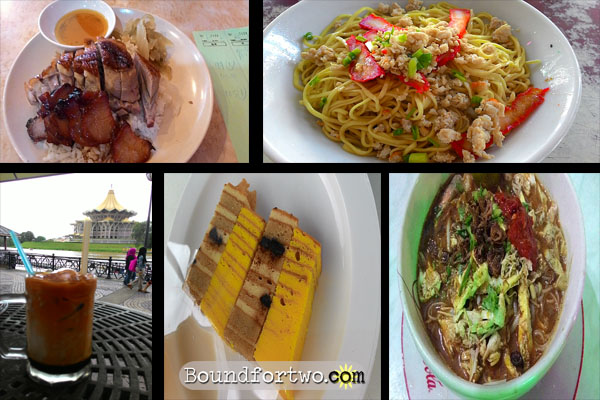 Of course we didn’t left Sarawak without samping their staples Kolok Mee, Sarawak Laksa, and Kek Lapis,  and the refreshing 3 Layered Tea. We can’t help but drool each time we saw the photos above.
For sure there are lot’s of gems in Kuching waiting to be discovered and this trip give us a good head start to explore more in the future.
We’ll Jom Balik Kuching that’s for sure.
City Wanderers,
Sky and Summer
Facebook Comments
No comments yet

0 Replies to “Kuching Trip : An Overview”