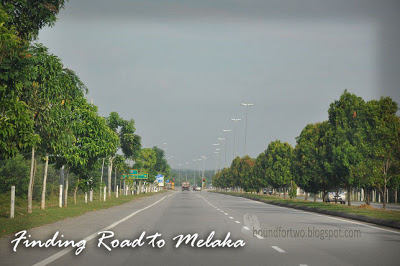 06:00 28/4/2012 It’s still day break when our friend Manju fetched us in our abode. Only the headlights, signal lights, and the street post light illuminated our path to our first ever road trip. None of us were familiar with the road to Melaka. We’re damn to excited to missed out  buying a map or at least search it on the web.   So finding the right way would be a little bit of a challenge. Sky had used his ultimate weapon,  the Google Map app. Assumed that will locate the road  and  bring us there in a speed of light. After several  kanan ( right), kiri ( left ) turns and U-turns, we failed. We can’t see any billboard leading us to Melaka. It was just too dark and maybe hadn’t notice it. We’d agreed to take a breakfast first to clear our thoughts so the road genie will magically guide us. 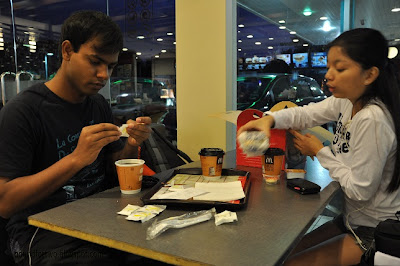 We ordered Mc D Family Box that comes with Hash Browns, Sausage Mc Muffin, Scrambled Egg, Pancakes and roasted Coffee for  our growling empty stomach. While munching, we discuss how to get to our destination on time. 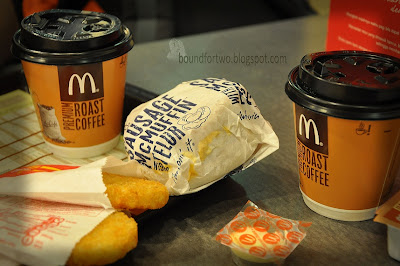 Oh, Yes the Google map was working perfectly provided by Mc D’s wifi. It gave us unreliable information of crisscrossed paths  and uncommon roads. So we ditched the idea on relying the app that will surely take us to limbo. We left Mc D stuffed but not full. While Manju was talking to some locals how to head to Melaka. Sky excuse himself for a call of nature. He proceeds at the back of the gasoline station which was adjacent to McD. He went to a room as he confidently saw a Lelaki (Male) sign board. He was quite surprised why there was no urinal and only a faucet was there. He just realized he entered the Surau Room (a room which was intended to Male Muslims to cite Prayers ) . He quickly went outside, felt awkward and found the right one. He came back to us, with smirked on his face that he can’t control to laugh. He blurted out as he mistakenly went to prayer room instead of comfort room. What a good day to start a day with Sky’s blunder. After a nice chitchat,  we obtained a good info from the local Malays and instructed us to head the Lebuhraya Utara Selatan. We headed to the  said Express highway and able to see the sign boards and we’re on the right track. So the only concern at that moment was to identify the right exit. 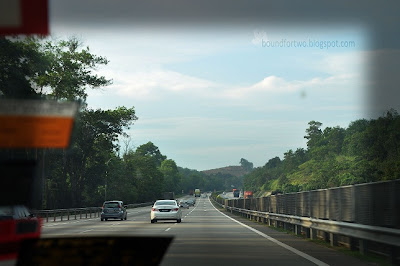 It was really a nice view looking as the sun is about to rise and the cars were driving like crazy at the same time. Though we’re running high speed but still we able to enjoy the scenery. 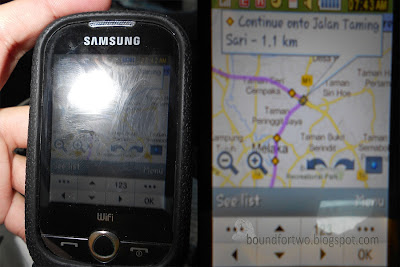 Since we need to tracked down how close we are on the Melaka exit toll. Sky pulled out his trusted road finder, the Google Map of his Samsung Phone. He was able to get the right information from the app when he taps the driving direction bar. Previously it showed incorrectly as it defaulted to give Walking Direction. Brilliant,  it showed us where to take  turns, exit and stop. This app made our life easier and keep us away from the physical map. 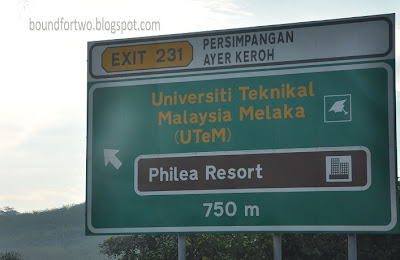 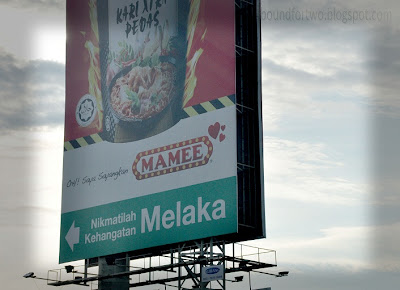 Then another clue passed through our eyes. The Big board saying Nikmatilah Kehangatan ( Enjoy the Warmth) overwhelmed us. We forgot to slow down and change lane due to over excitement. We bypassed the supposedly near exit for Melaka. We continued  and reached the Jasin-Melaka toll. Even though we missed out the nearest exit we’d been very thankful  for it. Want to know why? Scroll Down. 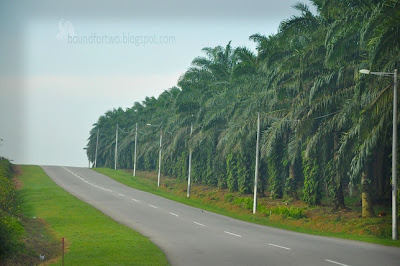 We’re able to witness the sprawling Palm Oil Trees of Sime Darby. Any angle or view were all these Oil-bearing trees. This made Malaysia as the second largest exporter of Palm Oil in the world.

We got an info from the toll attendant  to take right turn always so we’ll reach  city proper.This time, we’re very more cautious to right/left turns as we might end up to Johor Bahru and that would be another story.

Following the right turn rule was an easy task but we’d not off guard. Looking the Pusat Bandar ( City Center) sign was a sigh of relief which simply means we’re heading to the city 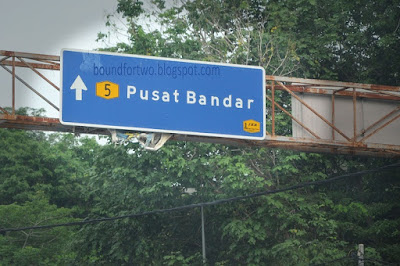 We never knew how far we’d come until we check the Google Map app. The Purple path was supposedly the shortest route but we end up exiting the Jasin Exit 233. Following the red path and able to reach the city center was a feat for us. Kudos to our F1 skilled driver Manju and Sky for his mind-boggling  sense of direction. 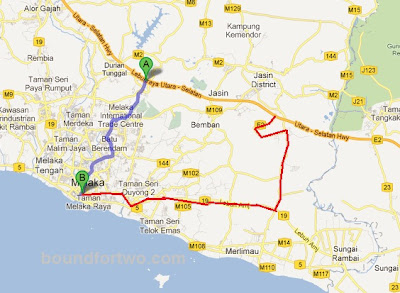 We converged at  the city center, and  can’t stop glancing  how slow and laid back Melaka was. 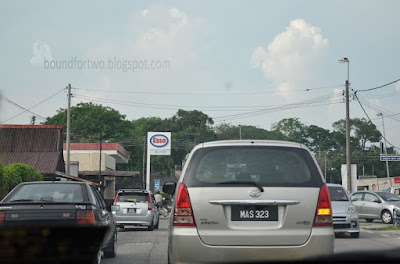 We had reached Jalan Munshi Abdullah and Jalan Bendahara intersection which concluded our epic road trip to Melaka. 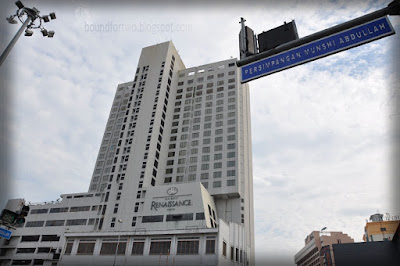 Follow our journey on the succeeding series ( Links below)  traversing the Historical sites of Melaka ( Malacca).