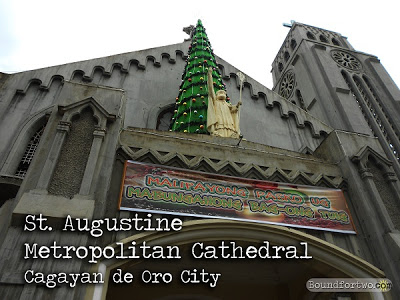 15:45 26/12/2012 It was a few years back when Summer told me that she’ll tour me around her hometown Cagayan de Oro. But every time we visit her place, unexpected events came up more important than gallivanting the city. Last year, a day after Christmas she brought me to the oldest church in CDO, the St. Augustine Metropolitan Cathedral. Aside from the religious significance of this church to  Kagay-anons. This century old place of worship  had been  associated with myth or  local folklore. 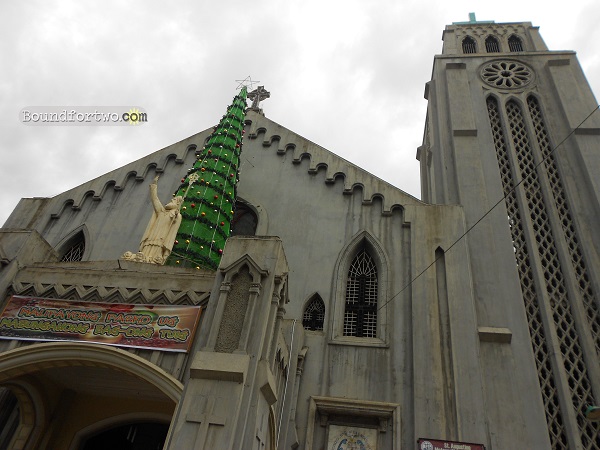 Looking on it’s exterior, one could tell it’s a newly built Gothic architecture inspired church. Originally it was built around 1845 and nearly a century it was destroyed  during World War II. It was rebuilt and only the wooden cross in front was the remnant of the old church. 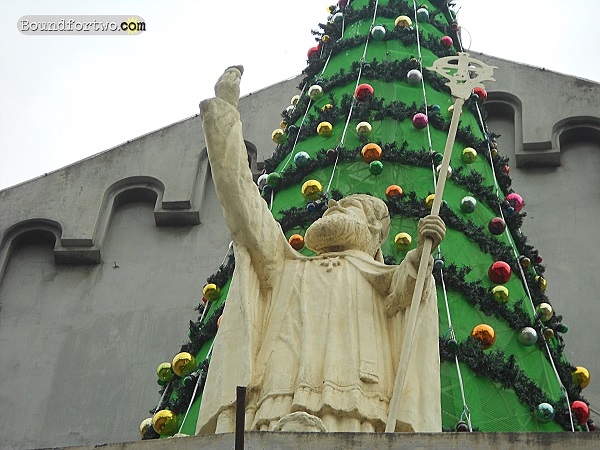 The patron saint of the church is St. Augustine, the famous saint of Augustinian friars. His feast is observed on 28th of August, date of his death. Cagayan de Oro City celebrates Kagay-anon festival in honor to their patron St. Augustine. 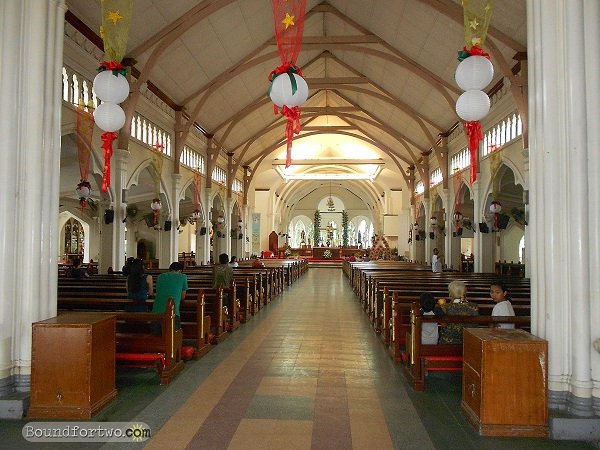 When you entered the cathedral you’ll be welcome by  elaborate design arches and antique wooden pews. Making it one   of it’s kind. The ambient light at the altar illuminates as it comes from heaven. The solemn atmosphere made us more feel the divine presence.
After we said our prayers, I recalled what Summer told me about the connection of an old folklore to St. Augustine Metropolitan Cathedral. As she remembered during her childhood days. A story had been passed through many generations. About  an underground tunnel  below the church  connected to the river, in which a giant golden whale called “oro” lives. Being curious , I research and read about it. I even bump a story of a priest being swallowed by this big fish when he took a bath in the river (read more story here). Summer added when the city experiences an earthquake, the old folks believe it’s due to the movement golden whale’s tail. It may be recounted as folklore, or a myth but only the old folks of Kagay-anons can tell.