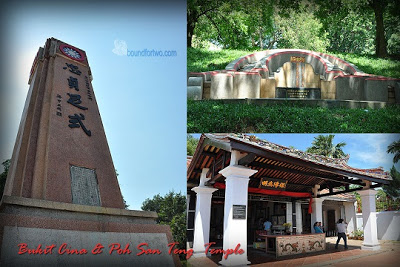 14:30 28/4/2012 After stuffing our stomach with delectable food at Pahlawan Mall food court. We drove one kilometer to reach Bukit Cina. We wound up and encircled the area before we halted at the foot hill. It seems getting lost was normal on that day. If we haven’t seen the Chinese temple we’ll surely go to limbo. We’re so lucky that only a few people visited the place at that time. We heard it’s crowded whenever Chinese tourist  pays homage to this historical site. We passed through the  Poh San Teng Temple main entrance. The temple looks so ordinary and anyone can guess it was built in contemporary time. 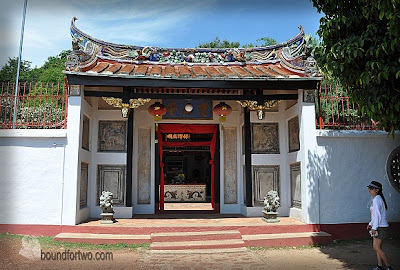 But don’t let the physical look deceived you, it’s been there for more than 200 years. Upon looking the exterior of Poh San Teng Temple we recall our visit in Kuan Ti Temple in KL. The stone lions , the arch, and the Chinese lantern were familiar things we both seen on the two temples. 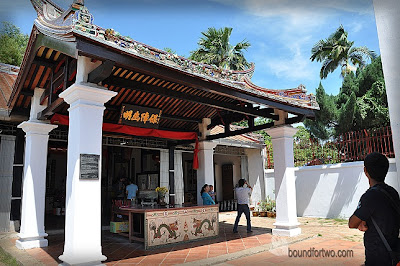 When we got inside the premises, we’d been stuck for a moment and amazed of its antiquity. The old lanterns hanging on the wood truss catches our attention. It looks so ancient and pretty sure it has a lot of stories to tell if one could just speak. Looking at the pictures and old newspaper posted on the wall. We could say, this place was no ordinary. Prominent people visited here, like diplomats, businessmen, and tourist who have Chinese ancestry. And even the previous President Of China, we forgot the name but you can check it on old newspaper cut out   had also pay homage here. 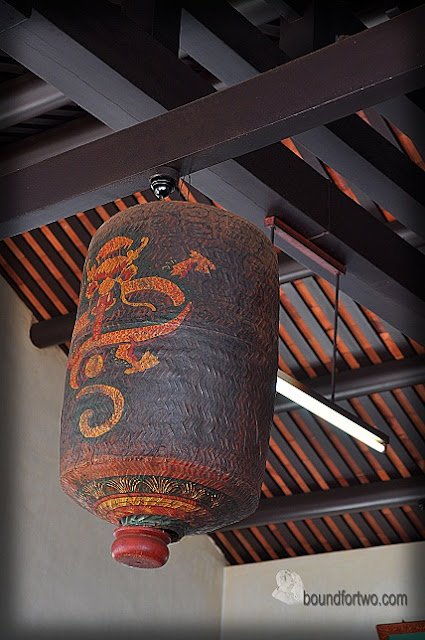 Continuing on what we read, we’re able to connect why the temple was built on the Bukit Cina foot hill. Bukit Cina was the graveyard and temple was their shelter when they offer prayers for the dead. So it would be convenient for the family member just to pray at the temple, instead of climbing on the steep hill where the graves were located. 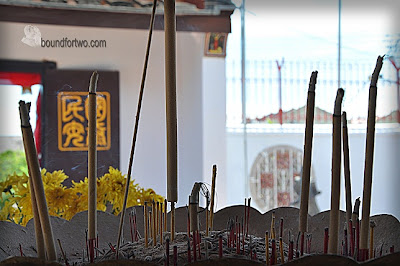 It was in the same temple where we see big joss sticks as we usually saw the thin ones. Some incense stick was covered with fabric like  dragon design. We heard one guy explaining the history of the temple and thought he was the keeper. But we found out he’s a local tourist guide of the two foreigners. He was very friendly and even invited us to come with them since they will visit the graves on the hill. So we follow them and he brought us first to a secluded area adjacent to the temple. 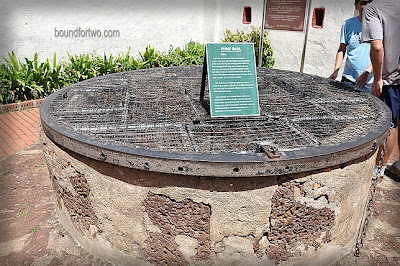 He explained that this old well was built during the time of the last Sultan of Melaka for his wife, Hang Li Po. This well plays a vital role in the history of Melaka aside from the fact it’s the old existing well in Malaysia. It’s the source of water during the great droughts. So many lives have perished who drinks in this well when their enemies poisoned it. Now, it’s become a wishing well and believe if someone visits here, he/she will surely back to Melaka. Let’s see if it’s true  if we’ll go back in this well. 🙂 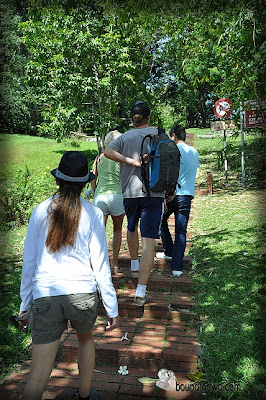 Our local guide whom we still didn’t know his name, lead us to the hill. We can’t complain since we’re really eager to see the graves and knew the Princess tomb was on top of the hill. It was a 10-15 minutes walk before we reached the top. If you didn’t know Bukit Cina (Chinese Hill) it was touted as the oldest Chinese grave in Malaysia found in Melaka. 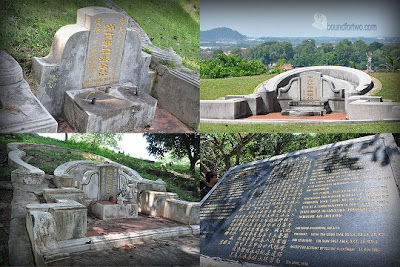 Before we reach  the top, we can’t stop gazing those old tombs which some was dated as 1800’s. We didn’t feel any ghastly or gory things up to the hill other than the extremely humid weather. There was nothing really special on top of the hill just the 360 view of Melaka. And the Princess tomb was a joke by no other than Sky. He did it just to motivate us to climb up because if we knew nothing is there we’ll surely stay on the foothill.
Instead of getting disappointed we just enjoy the view of the historical city. I got a chance to talk with the local guy who guided us for free. His name is Chin Wang, a local tour guide in Melaka. We thank him for bringing up us there on top of Bukit Cina. It was a memorable and tiring experience for us since we’d already climb the steep St. Paul’s Hill on that morning.
Then it’s time to go back on the foothill as we could no longer bear the scorching heat of afternoon sun. Wait, Let me introduce you to our new friend Paris Hilton. Kidding, she’s indeed a split image of that famous star and we insist she’s the same person. She broke the silence with her thick Russian accent talking to his boyfriend. Her real name is Olga from Russia together with his boyfriend, we forgot the name. We bid goodbyes and quickly get inside on our own respective cars.
The second half of the day had just started, we check-in to our abode then continued our Jalan-Jalan. Next part,  we’ll sail away with the old Portuguese wooden ship, “The Flor de la Mar”