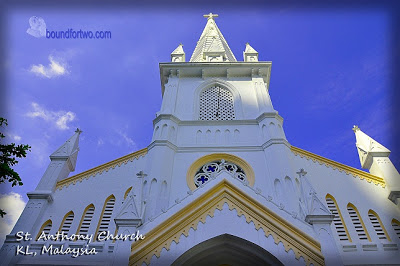 09:15 8/4/2012 It was an unusual Sunday morning when the sun had already dominated the sky which reminded us that we woke up late. Another day to be thankful and be glad not because it’s still weekend but it is a special day for Roman Catholics, it’s Easter Sunday. We agreed to experience Easter differently so we visited St. Anthony Church in Jalan Robertson instead of  St. John Cathedral. Before reaching the church we had walked more than a mile, passed the scary bus lane, got lost and pretend like a tourist. But we had surpassed them all and big credit to that goodhearted person who showed us the way to St. Anthony Church.

How to get here: 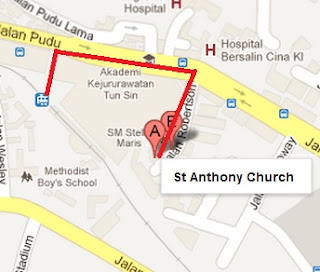 Easiest way is to take LRT and alight at Plaza Rakyat Station then walk along Jalan Pudu then walk straight to Jalan Robertson. End of the street is the St. Anthony Church and Stella Maris School 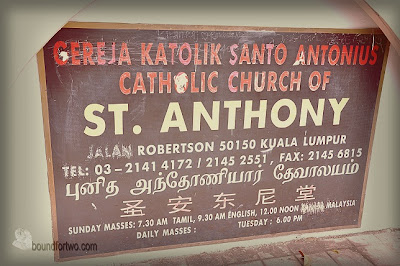 We felt excited when we walked towards Jalan Robertson. We thought something of a surprise that awaits for us but instead, we saw vendors selling some snacks and bottled water and some mass goers. It didn’t disappoint us perhaps it actually served it’s purpose to veer away our sight before we gaze the architectural beauty of St. Anthony’s facade. 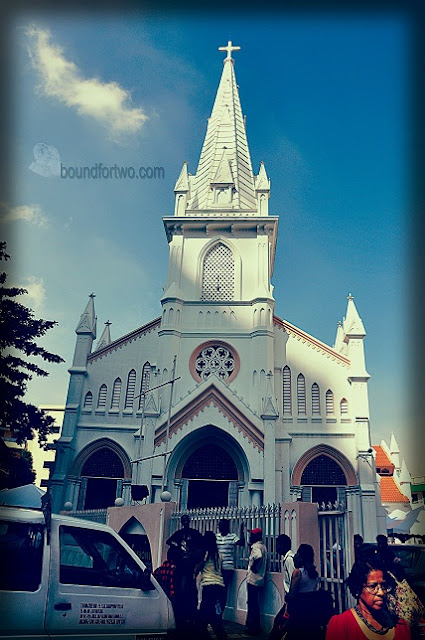 St. Anthony Church had just celebrated its 100 years of existence. The building was erected sometime in 1913 but was established in 1911.The structure is something like patterned to a Gothic architecture due to its distinctive height and the pointed arched entrance. 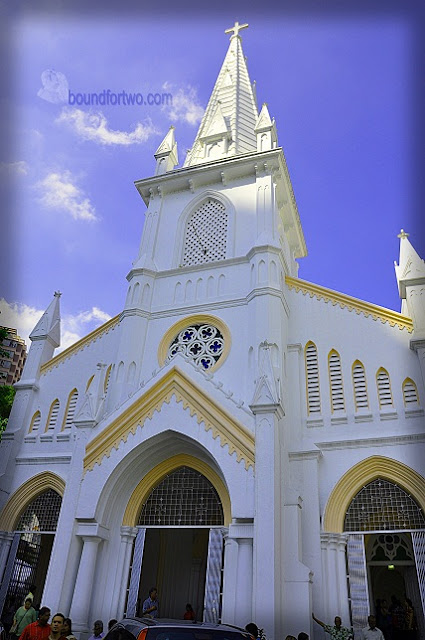 Looking it in different angle and perspective, it made us appreciate more and never cease to amaze us. The whitewashed paint exterior and pale yellow on the carving and edges virtually enhances its look. 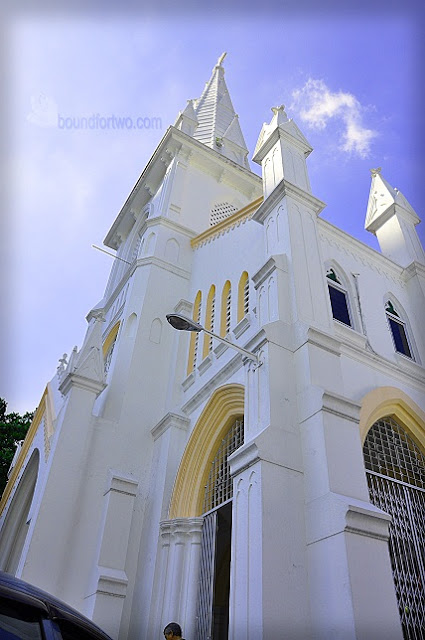 The tall spire impressed us from a distance and can’t stop looking on it. If we could see couple of them it would be a true French Gothic architecture minus the recent whitewashed paint of the exterior. 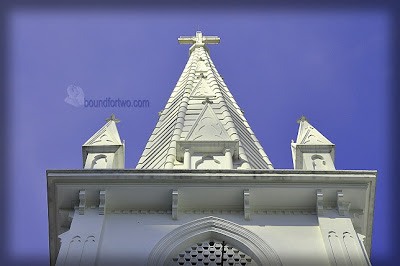 Still awe-inspired from what we saw outside, the interior was also something to look at. The stained glass rosette from the walls and window gives enough ambient light inside the church. On the inner altar, left side was dedicated to the patron, St. Anthony. While from the right side are the images of Mary and Joseph. 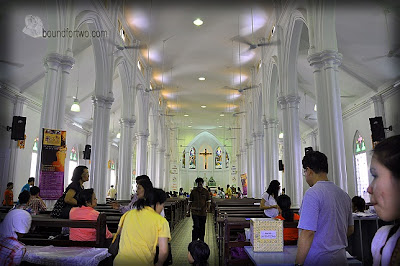 We seated near to the window on the right side prior the Easter Mass started. We knew that the mass will start by 9:30 AM but we haven’t expect it will be delivered in Tamil. Based from information wall outside, 9:30 Mass is in English. But it doesn’t matter since we believe in one church anyway. 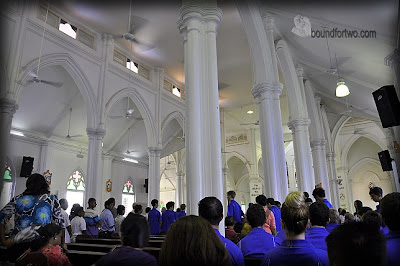 The Mass was attended by people of different nationality. The right side pews was almost occupied by the students (whose wearing blue polo shirt) from an International School. Most of the mass goers where Tamil Indians and Chinese. But we did also notice some Filipinos also attending the mass as we heard them talking in our language. 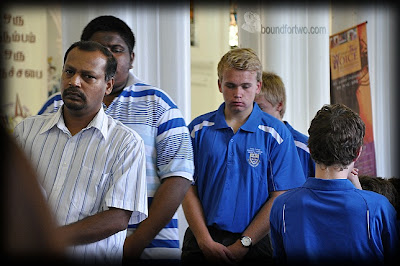 Though we haven’t understand the gospel in their language but we interpret through language of the soul. They sang the Psalms divinely in Tamil language which we felt ecstatic. We could almost join them if we just knew the lyrics 🙂 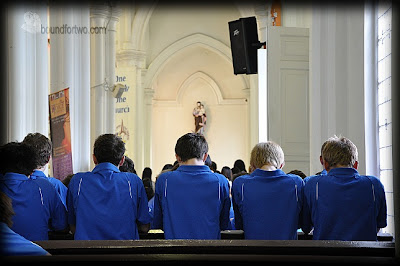 We close our eyes, kneel and said our prayers just like the kids in front of us. Right after the mass we deliberately compared how their Easter differ from us. Maybe we just missed what we accustomed during the early dawn mass. Like kids portraying an angel singing hoisted on a high platform and slowly descends to lift the mourning veil of the Virgin Mary. And the “salubong” where the men follows the image of Jesus Christ while women follows the Virgin Mary and meet at the churchyard where the mass is held. After all, the message of Easter even celebrated in different country were all the same that “Christ is risen, let us rejoice”. 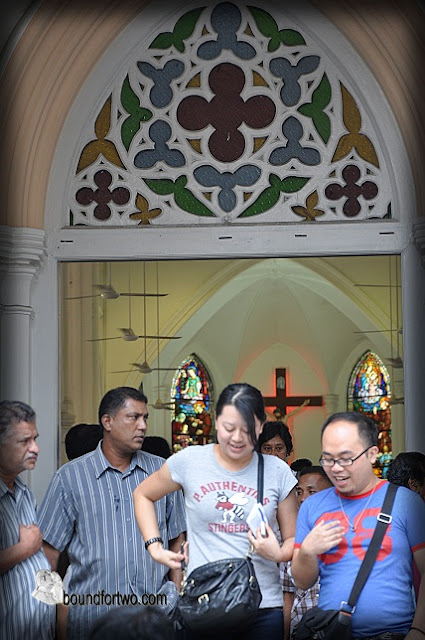