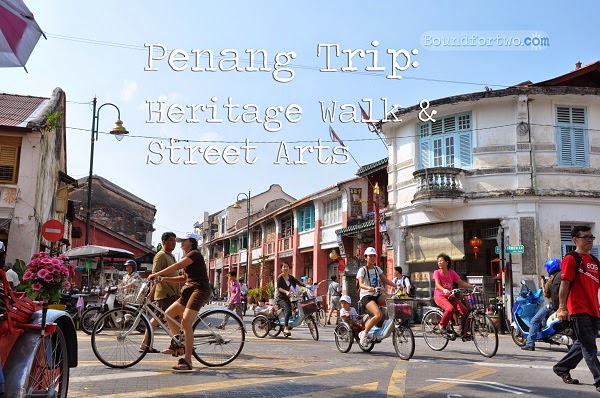 10:40 07/07/2013 After our historical jaunt concluded at Jubilee clock tower. We’d walk towards the Logan Heritage building swerving from dozens of paired participants racing on an event. It was some sort of Amazing Race version in Penang style. Looking at their puzzled faces, we can tell they’d some challenges interpreting the clues. Since it’s none of our business helping them to figure it out. We head straight of Lebuh Pantai and continued with our traipsing. 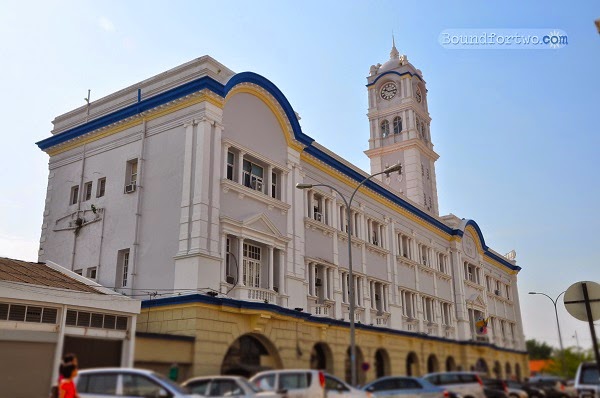 Along the intersection of Lebuh Pantai and Gat Lebuh China, left side from where we’re coming. The refurbished Malayan Railway building impressed us with it’s newly painted facade. Highlighted  with gray, blue and yellow. Surprisingly  there’s no single railway or train here. It’s merely a ticketing office for the people of Penang Island. 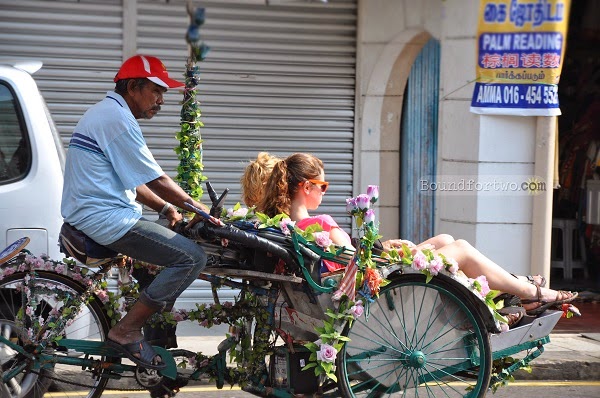 After walking for 3 hours  both our feet we’re tired and almost on the brink to give up. Then a heavily embellished trishaw lured our attention. Trishaw or cycle rickshaw are famous transportation mode for tourist in Penang. Without a question, our weary soles want to hop in and enjoyed exploring the rest of Georgetown. But considering  it’s hefty rate  20 Ringgit (260Pesos per hour). Sigh! we abandoned the idea. 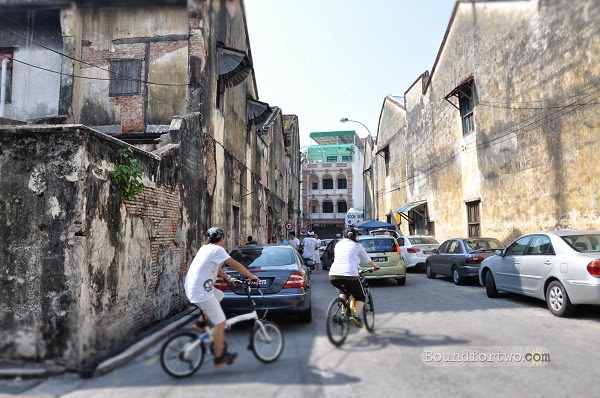 Another thought was to rent a bike, but knowing our  legs and thighs had been stretched a bit earlier, we rescind. So we resume walking and finally reached the assembly area of Heritage Walk in Georgetown.

There is no need to register for this event. You  just need to follow the herd, where a local guide leads the walk while explaining  each remarkable landmarks along the planned route.

After several stops, look and listen in the activity. We broke away from the horde and have our own heritage walk. The amount of crowd and the unbearable heat from mid noon sun was enough reason to veer.

Another highlight of this Heritage walk was the performance of Silat Martial Artists. Silat is a traditional Martial art originated from the state of Kedah, the neighboring state of Penang. 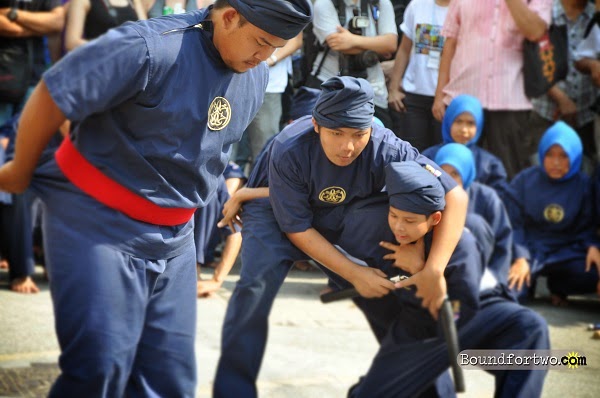 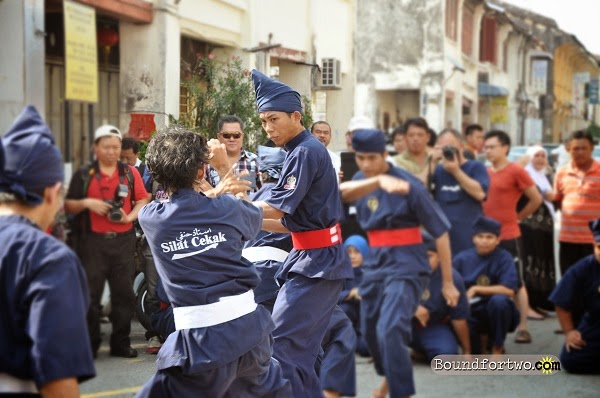 We’d witnessed real action and face to face combat from the Silat martial artists. But it was done less violent manner. Every time they were  in a fighting stance, the crowd roars and cheers them. For us,  it was more of a shooting scene in a movie surrounded by a crowd and curious tourist. 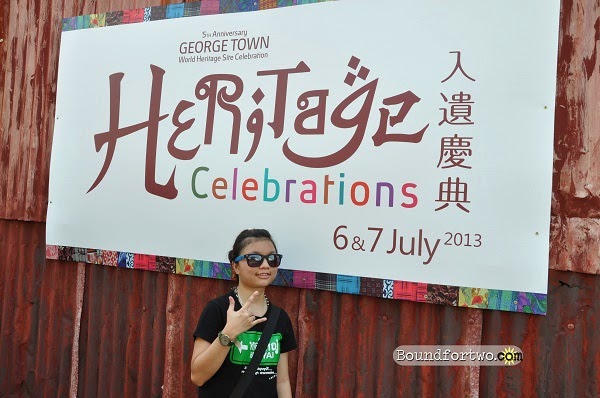 Aside from the historical landmarks of Georgetown, the street arts was another reason to visit this UNESCO heritage site. The street art that gives new life to the decrepit  structures. The famous murals were done by the Lithuanian artist Ernest Zacharevic.


Aside from paintings, the  steel rod caricatures on the streets of Georgetown was also worth visiting. 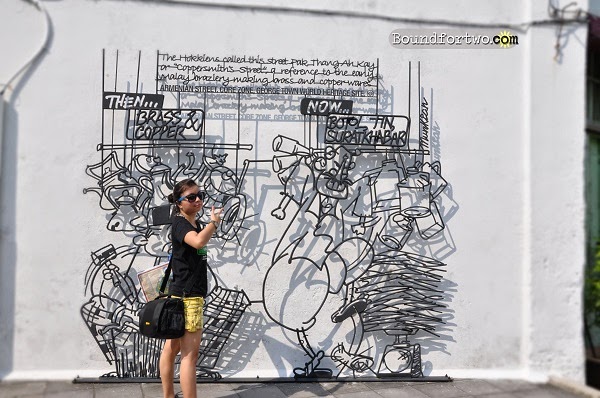 Every caricature portray a different story of what was Penang in the past. Like the picture below depicts a man with two roles during the colonial era, a police same time as a firefighter. 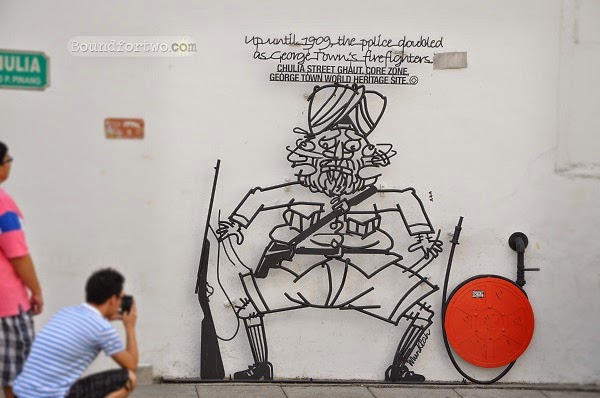 There’re lots of mural paintings and steel rod caricatures scattered across Georgetown to be discovered. We haven’t visited them all intentionally, so we have another reason to come back in Penang.
Historical City Wanderers,
Sky and Summer