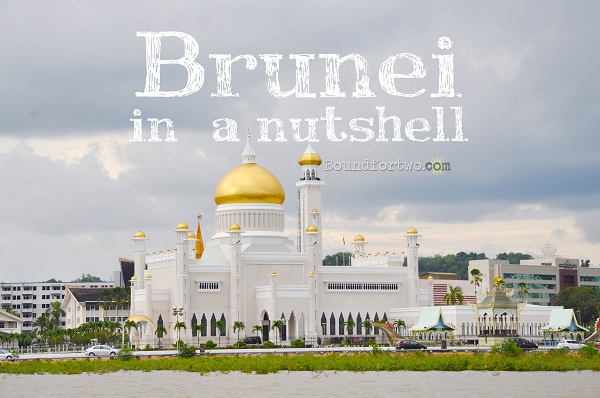 Brunei is known as the wealthiest among the Southeast Asian nation. Blessed with abundant resources of natural gas and oil for a small country that made them as the 5th richest in the world. They’re equal to Singapore Dollar value and the same league as developed country. Despite being affluent they are a least visited nation in the region when we talk about tourist arrivals. Ever wonder why? We’re curious as well and eager to know what this Kingdom of unexpected treasure had missed to offer.

Our plane touch down at Brunei International Airport ( IATA: BWN) after leaving KL past an hour and 45 minutes. The airport is wide,  touched with modern design and impressive architecture. It’s not massive as Changi or KLIA but facility wise they’re on par.


There are only a few taxis available around Brunei airport and it’s expensive. Bus 23 service the Airport to the city proper (vice versa) every 30 minutes or less than that. The cheapest to go around the city would be their public buses. 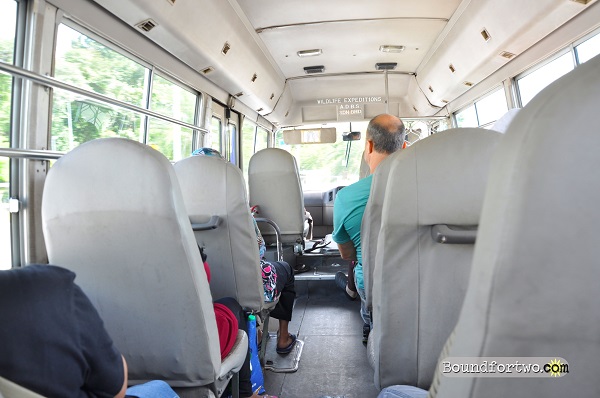 It costs about $1 per way to any destination around Bandar Seri Begawan. The bus terminal is located at city center at Jalan Cator. 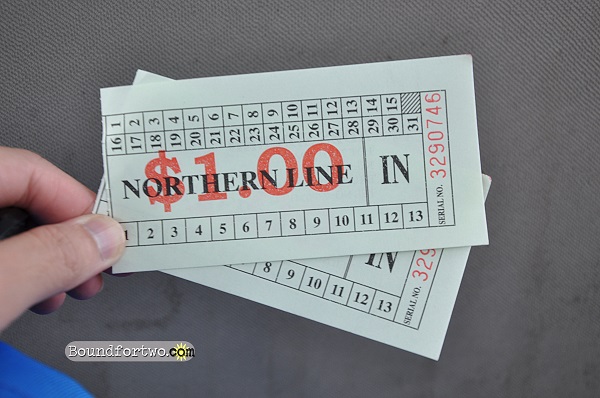 Aside from the bus, water taxis are also convenient to commute in Brunei. The fare will depend on the distance and your haggling skills. We take the water taxi near the jetty from our hotel to Kampung Ayer for $1 each. 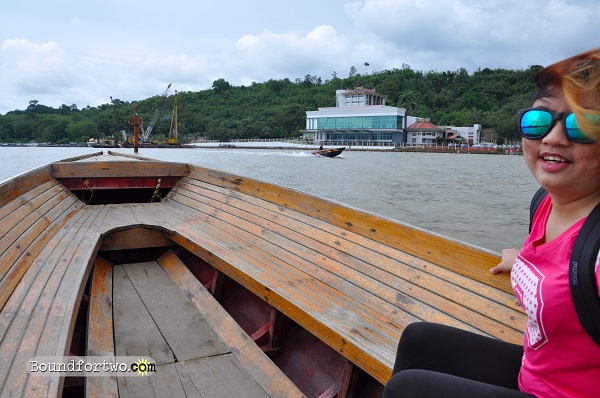 The transportation around Brunei is not that tourist friendly yet. But shouldn’t be disheartened, Bruneians are kind and hospitable enough inviting anyone to hop on their car. It happened to us not just once but twice. #Faithrestoredinhumanity


There are few hotels around the city proper and most are expensive not on the range for a cheapskate like us. We settled  in  Apek Utama Hotel for 3 days and 2 nights. It is located at Kampung Batu, three kilometers away from Bandar. We’ll share our detailed review on this abode on succeeding post. 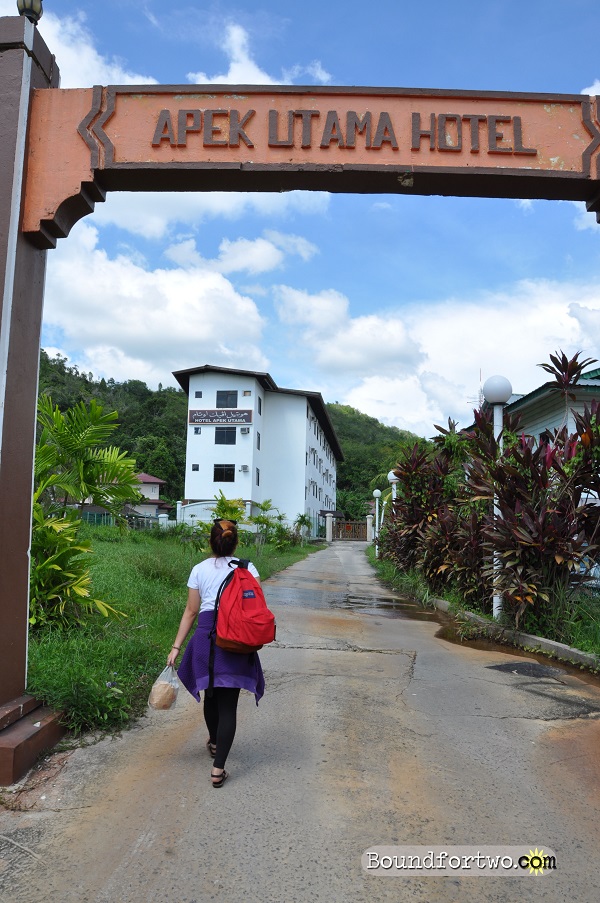 We look for a staple food of Brunei but failed to find one. We discover a local restaurant called SCR opposite to waterfront promenade. We sampled their Ayam Penyet, Bakso both are Indonesian favorites. Buttermilk Sambal Chicken was recommended by the staff and tried it. The infused aroma of curry leaves and buttermilk is stimulating. It is mild spicy yet tastes heavenly good. 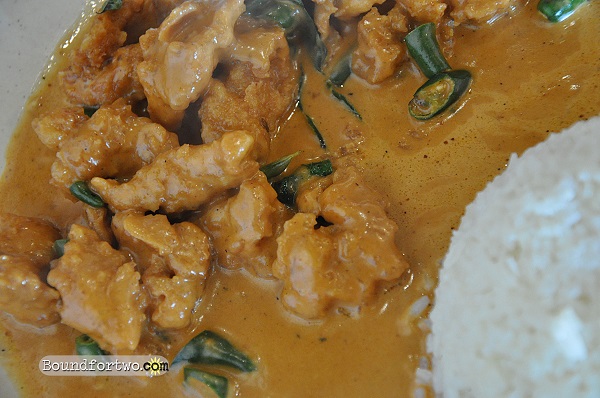 We can’t help but felt giddy after knowing they have our famous Jollibee here in Brunei. They don’t only have one but thirteen branches all over the country.Established here since 1997 as the first international branch. 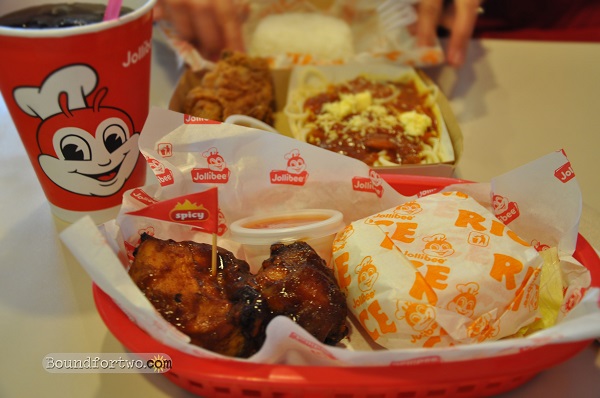 We ordered our comfort food Chicken Joy and Jolli Spaghetti and tried a localized meal Ayam BBQ. Gladly the food taste is consistent which turned us a happy kid.

If you’re fascinated with imposing Mosque domes and beautiful towering minarets, Brunei is the place to be. When people heard Brunei it’s associated with the golden dome masjid known as the Sultan Omar Ali Saifuddin Mosque. 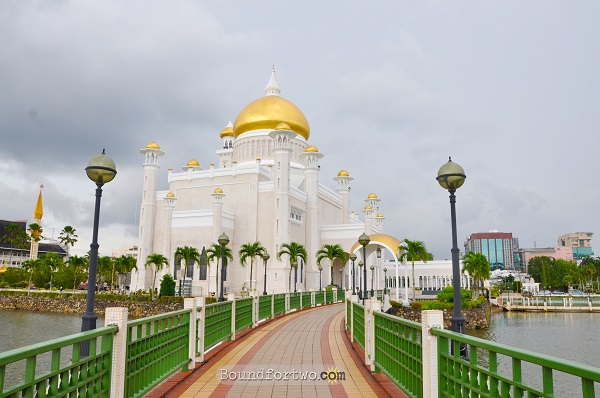 It is the most iconic symbol of Brunei and a major tourist attraction. Located at Bandar Seri Begawan, the capital city of Brunei and touted as one of the most beautiful mosques in Asia. Sultan Omar Ali Saifuddin Mosque follows a Mughal architecture and Italian styles. If you might be wondering if the main Dome is really made of gold, Yes it is. While the minaret is made of marble. 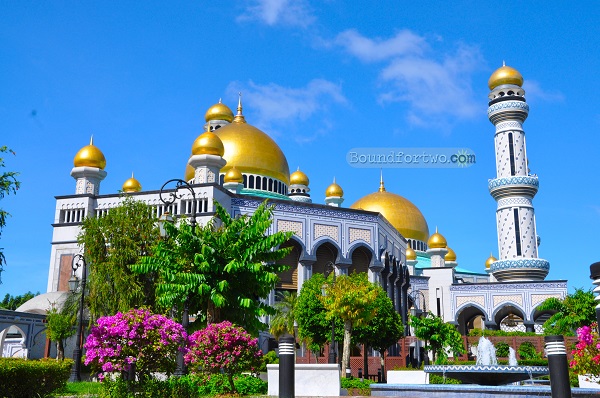 Jame’Asr Hassanil Bolkiah Mosque is the largest and the most opulent masjid in entire Brunei. This massive prayer building had been constructed in honor to the 29th Sultan, the reigning ruler. It has a total of 29 golden domes and four terrazzo-tiled minarets. Located at Gadong, just three kilometers away from city center. 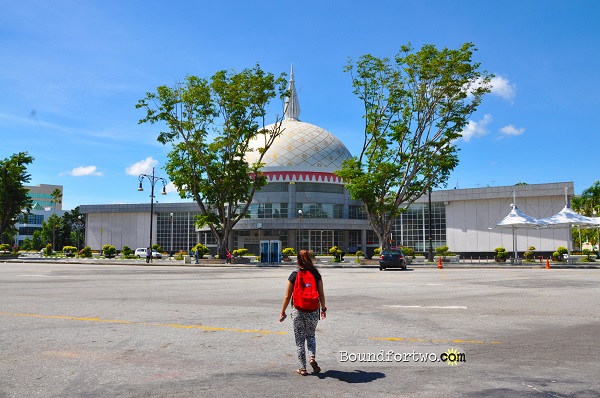 Royal Regalia Museum houses the royal artifacts and personal effects of the Sultans of Brunei. It is also the right place to know more about the life of their current ruler. You can view the gifts of Sultan Bolkiah from the leaders of the nations displayed in this museum. Taking photos on the inner museum is strictly prohibited except on the main hall. 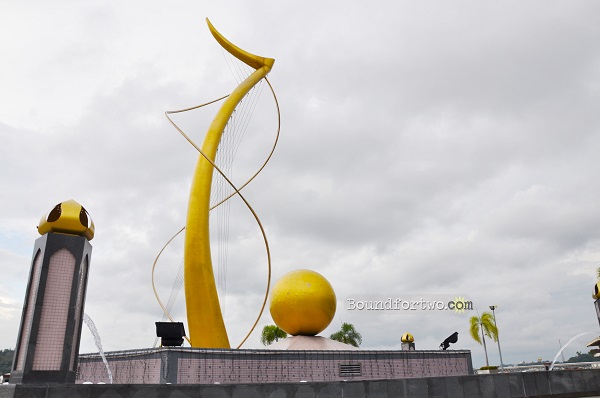 Mercu Dirgahayu 60 is a monument represents as a gift from the people of Brunei to their Sultan Bolkiah on his 60th Birthday. It is a gesture of appreciation and support from Bruneians who look up to their Sultan as a great leader. The towering golden symbol represents 60 in Arabic numeral. This structure is located near waterfront promenade just opposite to the water village. 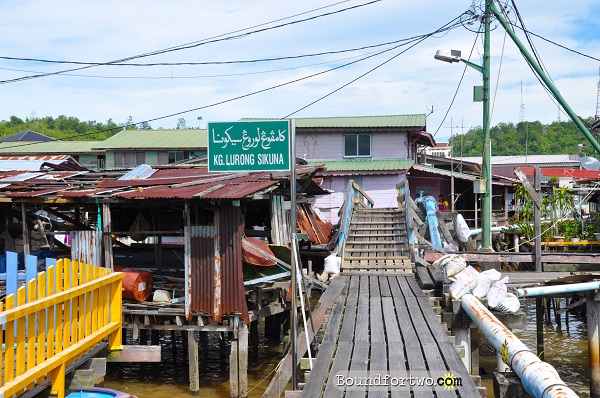 Kampung Ayer or known as the water village are a cluster of houses built on stilts at the Brunei river. The village is connected by wooden and concrete foot bridges. One may look it as a slum but after a closer inspection, surprisingly they have satellite TV, AC, the Internet, Electricity and Potable water. A great way to visit this area to learn more about the daily life of Bruneian. 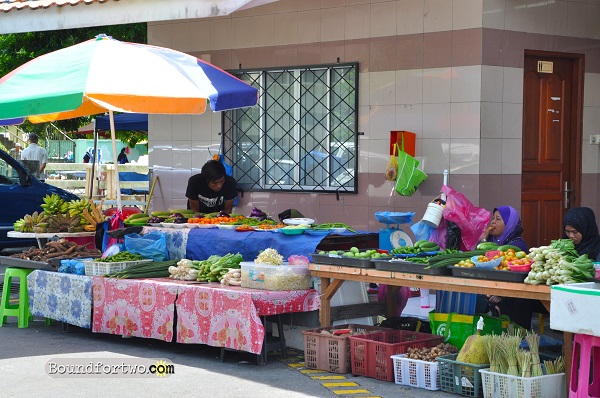 Pasar Bandar is another interesting place to visit  and peek the mundane life of locals in Brunei. Locals still favored buying their daily commodities here. The goods have been sold here are quite similar to markets in Southeast Asia. 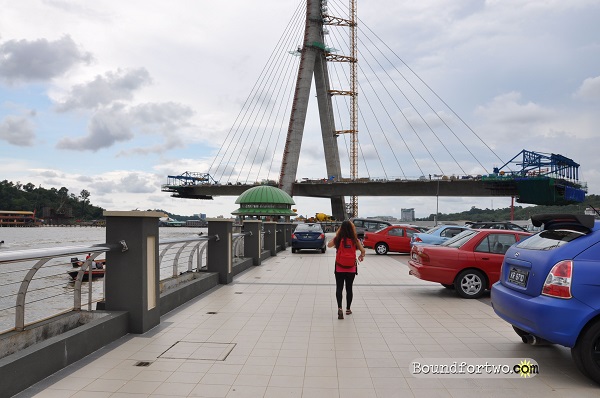 Temburong bridge is something to look forward of an interesting place to visit in the future. It spans 30 kilometers which link Muara- Bandar and less inhabited Temburong.  Looking at the structure is resemble like of San Francisco bridge, suspended type. Surely it will become another iconic landmark for Brunei once completed by 2019.
After 3 days of stay in Brunei, we concluded this place is not everyone. If you’re up for Theme Parks, touristy destination, great shopping, fine beaches, and nightlife. Sorry to say Brunei is not for you. Lack of interesting places could be the reason why it shuns tourist to visit this rich nation. Anyway, the country doesn’t rely much on tourism to beefed up their economy. Brunei is self-sustaining and would survive with or without tourist to come by.
If you gonna asked, if it’s worth a visit. Yes, only  if you have the passion for unique architecture, culture, grandiose Mosques and completing the ASEAN countries on your bucket list.
Till next time, Brunei.
City Wanderers,
Sky and Summer
Facebook Comments
No comments yet

0 Replies to “Brunei in a nutshell”