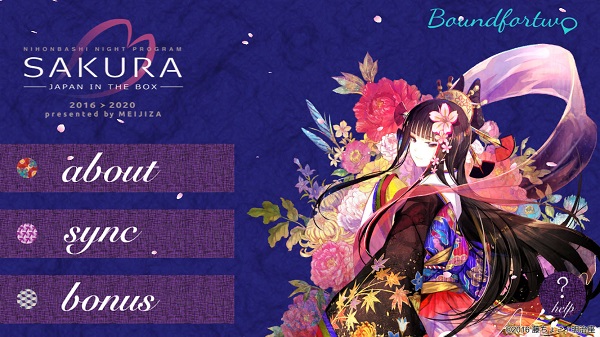 Every time I heard the  word Sakura first thing goes into my mind is the  famous female character of  street fighter video game and Sakura-chan from Naruto Manga/ Anime series. Both characters depict a youthful woman of innocence but fiercely strong. Now, I will be introduced again of another Sakura character but this time in a musical performance play.

You can buy Sakura| Japan in the box tickets via VOYAJIN

Places to Discover in Japan

I fixed my schedule to watch it on Saturday night so I could watch it sans the worry of corporate working on next day.  I go by train via Hibiya line heading to Ningyocho in Nihombashi Chuo-ku where Sakura Japan in the box play will be held. My mind tells me to take it slow since its too early. Then I find myself on the wrong exit  and walking towards the opposite side. Google map saves the day and  rushed to find Meijiza Theater on a cold rainy and windy night.

At last, despite being lost, I still arrived early.  The counters opened and queue started  an hour before the musical performance. I still have an ample of time to roam around the hall of Meijiza Theater. There are  booths that sell merchandise and souvenir items, food and lot more. The theater staffs are so friendly, attentive, and accommodating.

Sakura Japan in the box had actually a customized smartphone application for both Android and IOS users.  It can be downloaded for free to synchronize the effects during the play. I had to delete some applications to accommodate this app as my iPhone memory space was running low. I got a help from staff on how to activate and used sync function.

We had been ushered to go inside the main theater 30 minutes before the play. I was able to find my assigned seat with the help of an usher.  I seated in the ninth row which is a perfect spot for me to take photos. It is also near to the extended stage to watch the play more up close.

The show commenced at exactly 8:30 and started with a movie like an intro on the big screen.  Sakura, the main character showed up at the stage after the sequence of the intro. She  finds herself chasing the mysterious  white fox which leads her to an another dimension. There she met different characters along her journey.

The scene of two Kabuki dancing is one that captivates my attention.  Their graceful act accompanied by Japanese classic instrument made everyone mesmerized. It ended when the Kabuki sat down gazing the big screen where Miyabi was introduced, the spirit of Spring.

The pace had changed into a light mood when Sakura meet Choco,  the spirit of Summer. A highly ecstatic persona which brings all the scene gleefully.  She brought Sakura under the sea and into the deepest ocean. The spectacular dance performance wielding the glow in the dark hula hoops was dazzling.

The most interesting and action packed scene is when Sakura had met Rin, the spirit of Autumn. Biwa and shakuhachi sound  blow my mind away during the introduction of Rin. Amidst the dark setting, the mood is shifted lightly. An accompaniment of classic Japanese musical instruments is out of this world enchanting.  The fighting scene of Samurai and Shinobi is well rehearsed and perfectly matches on the background.

The fast pace slows down when Sakura meet Setsuna, the spirit of Winter. Its melancholy mood is a paradoxical shift from Choco. Slow movements and swirling of Japanese umbrella on a snow falling scene is utterly magical.

The highlight of the play is the transition of Sakura tree. It started when it bears,  blooms and falling off the flower.  Amazingly its thoroughly choreographed with the backing of stellar animation and visual effects. The audience thought that was it until a confetti that resembles like of Sakura fall from above. It was absolutely stunning and everyone can’t hide their sheer happiness like kids.

Sakura Japan in the box brings together all Japanese. It’s composed of Traditional Japanese and other dances, roller coaster entertainment, non-stop visual excitement, fantasy synchronized with anime and audience participation. It’s one of best multimedia and musical performance I had ever experienced. Definitely recommending it to visitors in Tokyo to watch it. It has a nonverbal approach makes it more appealing and understandable to everyone. English and Chinese subtitle are also available when using sync app from a smartphone.

Exciting Fun Activities and Things to do in Japan