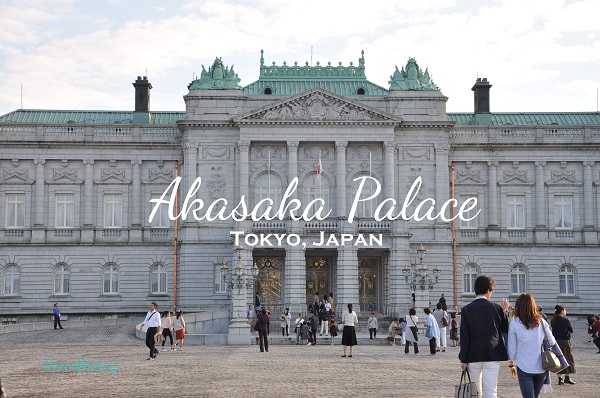 If London has Buckingham Palace, Tokyo have their own version, the  Akasaka Palace.  Originally built as the Imperial Palace for the Crown Prince way back 1909.  This Neo-Baroque western style palace is one of the biggest structure built during the Meiji period. The palace has a floor area of 15,000 square meters of space.  Currently, the palace is now State Guest House for foreign dignitaries who visits Japan.

It underwent some two major renovations during 1974 and last 2006 before what is looks now. The length and neat aesthetics of Akasaka palace resemble of that in Buckingham. The western influence of its architecture is seemingly unique compared to the other old buildings in Tokyo.

Akasaka Palace is located at Akasaka Minato in Tokyo, close to Yotsuya Station ( Namboku and Marunouchi Line).The entrance is free and must undergo a security check before entering the premises.  Everyone can access the Front Garden, Main Garden and Main building The place was crowded during my visit as there is a herd of visitors coming from travel group.

Please watch the video of our visit at Akasaka Palace below.