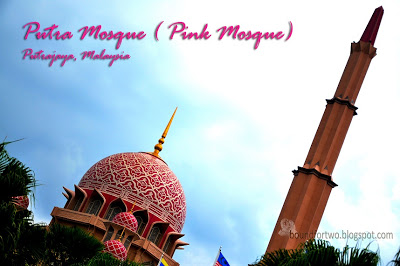 11:38 18/03/2012 At Last! We found it! The words came through our mouth  the moment we saw the mesmerizing beauty of the Pink Mosque. We inadvertently mistook  the Palace of Justice as Pink Mosque during our Precinct Traipsing due to some similarities. But now we’re able to distinguish the mosque from a distance aside from its noticeable tall minaret.
The Pink Mosque or the Putra Mosque was named in honor to Malaysia’s first Prime Minister Tunkun Abdul Rahman Putra Al-Haj. It is also recognized as one of notables landmarks in Putrajaya, a must visit for tourist. It’s located in the Precinct 1 just in front of Putrajaya Lake and beside the Dataran Putra ( Putra Square). 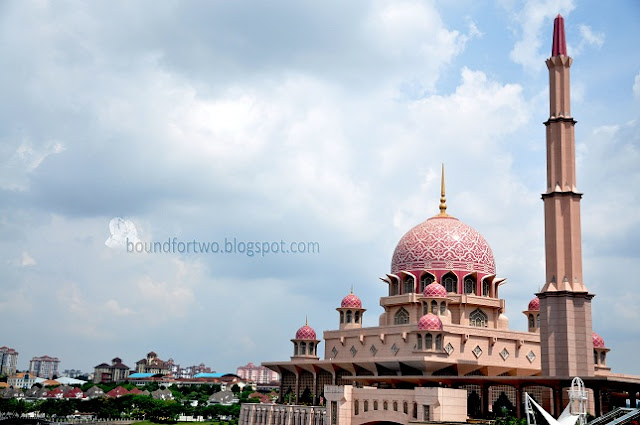 The mosque occupies 1.37 hectare and was built around 1997. The construction was completed after 2 years. It is very evident upon looking the mosque which follows two concepts the Middle East and Malay tradition.

Looking Putra Mosque from Dataran Square is really breathtaking. We considered it as  one of the best Mosque we had seen in our entire life. We had been very grateful as the staffs allowed us to enter the complex for 10 minutes, as their prayer will about to start in the next half an hour. We had used the opportunity to witness the beauty of Persian inspired Mosque that captivates our heart. 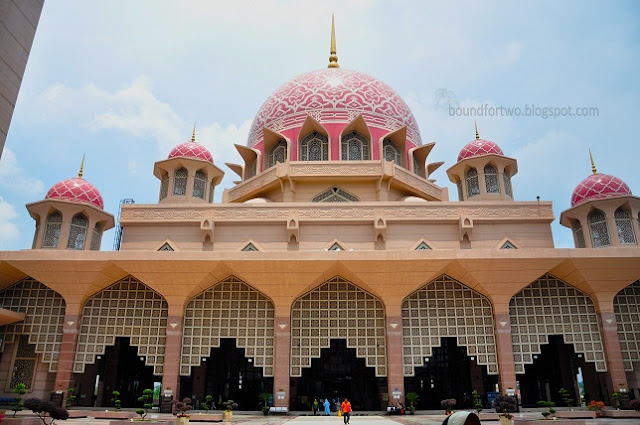 Upon entrance, you will be greeted with rose-tinted granite dome that gives that Pinkish color. As we look on the left side, the massive 116 Meter minaret dominates the sky. We had seen a couple of similar towers alike in a mosque but it was an exceptional. The mosque staff had even said, the minaret was built with influenced with Sheikh Omar Mosque in Baghdad, Iraq. Truly a piece of architectural wonder that can only be seen in Putrajaya.


Since we only have less than 10 minutes before they’ll close the complex for the Noon Prayer. We took some snaps inside the mosque with permission of course from the staffs. We’re not allowed to go in further as ten minutes will be almost consumed. 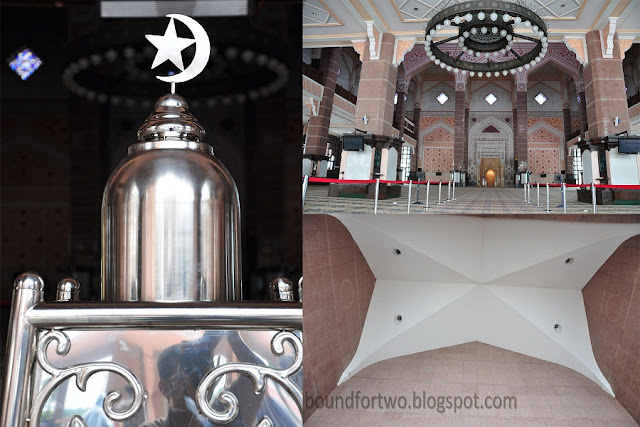 After that quick tour around the Mosque, we thank the friendly staff for having us the time to take a glimpse inside the complex. Going inside the mosque did really make our day. Previously  we failed to enter Masjid Jamek due to prayer time or visiting hours was done. 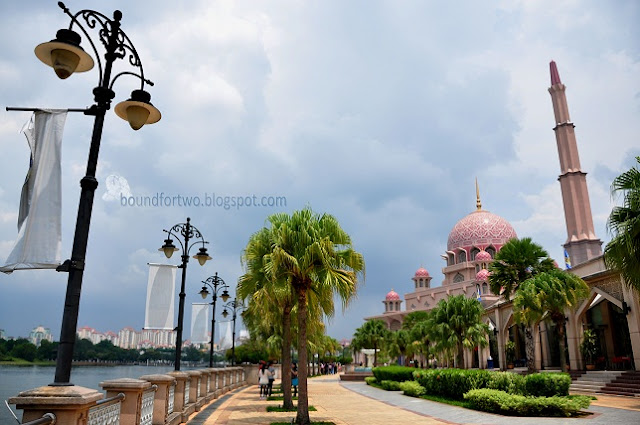 We go down to Selera Putra to grasp some fresh air while looking the scenic Putraya Lake and take another view angle  of the Majestic Pink Mosque. 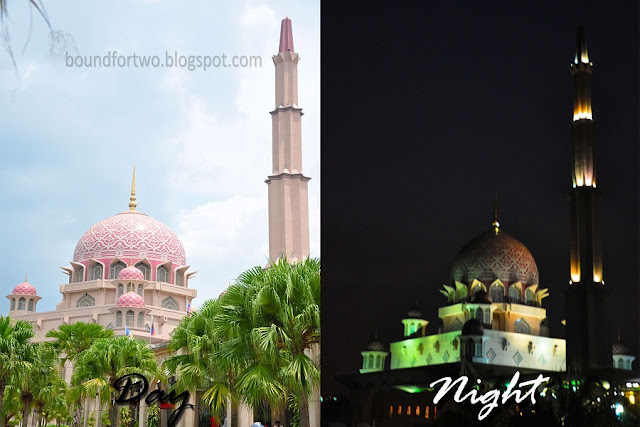 It is more splendid to witness it’s beauty at night. Indeed, a must visit in Putrajaya when dark sets in. You will be surely enthralled upon looking the Mosque and its towering minaret illuminated with lights. 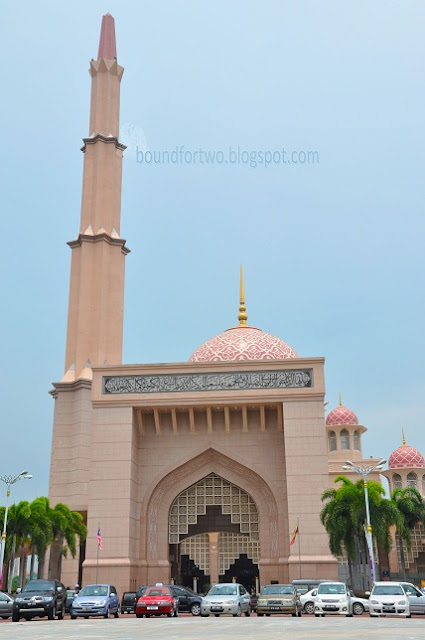 We had left Putra Mosque( our last stop for Putrajaya escapade) drained but fulfilled and overjoyed with great pictures to boast. The entire experience was really overwhelming and we run out of words how to describe the Pink Mosque, just TWO THUMBS UP and a nod!