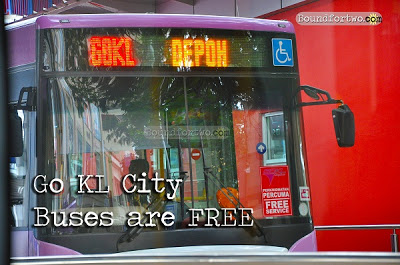 A big chunk of travelling expense usually goes to transportation. It’s a money burner when you took a wrong bus or train going to your destination. Ending up, cutting your budget in food or souvenirs. But not  in Kuala Lumpur, as the Go KL City Buses were already implemented. Don’t jump yet out of excitement, for now it only serves the central business and shopping district of Kuala Lumpur not the entire metropolis.
If you haven’t been to KL lately then it must be your first time seeing this purplish buses parading outside of KLCC and Pasar Seni. Both converged in Bukit Bintang area. It was way back early September when we spotted this splashy lavender buses who we fondly called Barney buses.
It’s an initiative of Malaysian government for the locals and tourist  addressing  hassle free commute going to the city centre. At first people were very reluctant  including us when we first saw it. But when we approach the bus driver he gladly  pointed   the signboard says Percuma, a Bahasa word for FREE. It’s definitely free, as in libre.  While that hop in hop off  that touring you around KL which charge you for 38RM a day but  this Lovely Purple buses doesn’t cost you a single dime. 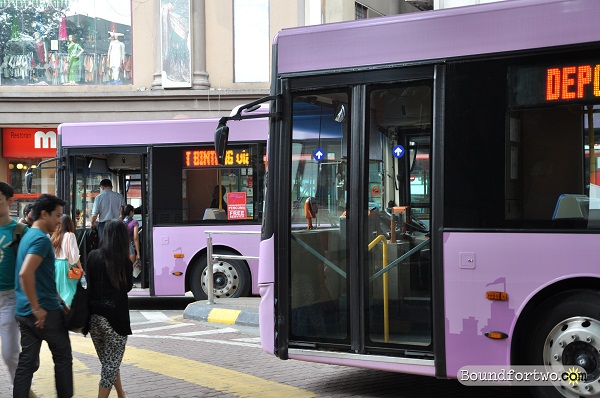 It’s a good alternative if you’re travelling Kuala Lumpur on a tight budget. From its inception, it receives a good feedback and now been favoured as an ideal mode of transportation and it’s way better than cabs. 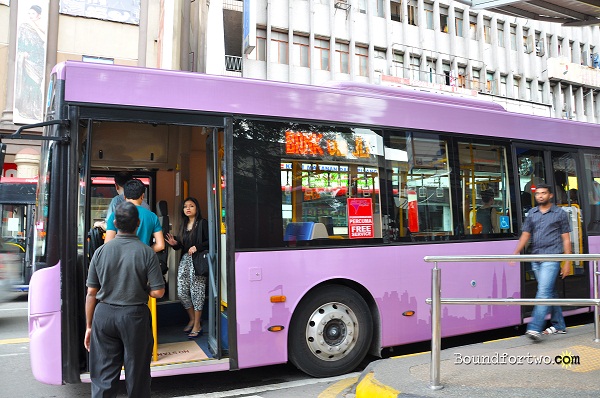 Our maiden ride on these love purplish buses was during my SG friends tour here in KL. Since they had stayed a hotel  in Chinatown, it’s a short walk from Pasar Seni. The bus hub for KL and for GO KL City Bus. While we’re enjoying the ride aside from the fact it’s free, it has WI-FI connection on board as well.  So checking in foursquare to share your whereabouts is never been easy. Wish we knew it beforehand, we could have cam whoring at the bus and make instant upload on Instagram.
The Route
Go KL City Free buses operates from 6AM until 11PM  (Weekdays) which caters the early birds and late hour shoppers. 7AM until 11PM on Weekends.
If you took the bus from Pasar Seni then you follow the route of Purple Line.
(Hub Pasar Seni – Bukit Bintang)
Distance : 6.5 KM
Bus Stops : 15

While the Green (Hijau) Line starts in KLCC.

Both of these bus route converge in Pavillion, Starhill Gallery and Bukit Bintang. If you’re not familiar with these places, then I assume you’re not a Shopaholic 🙂
TIP: If you took the free bus from the converge bus stops mentioned, please make sure to read the flash route on the LED screen. Since there is no indication if it’s Green or Purple line. 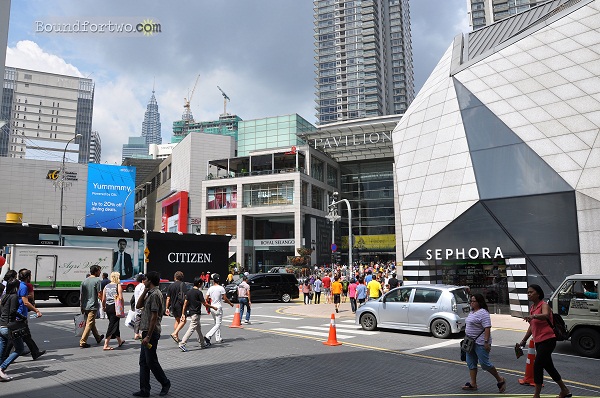 Bukit Bintang in KL, Malaysia  is an equivalent of Oxford Street in London.  A Shopping haven that can now be accessible with public commute through GO KL purple buses 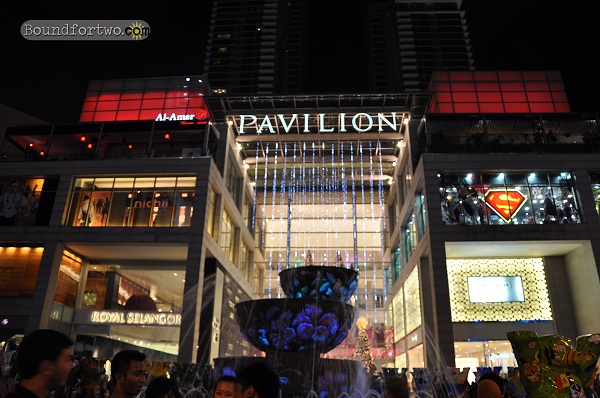 One of the High End Malls in KL , PAVILLION which houses the famous signature brands. 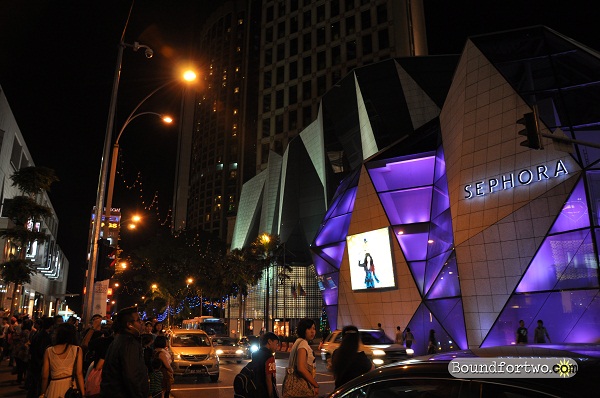 Just opposite to it, is the Star Hill Gallery, another posh mall in Bukit Bintang. That  is only two of the luxurious malls in KL, and there’s more in Bukit Bintang strip. No wonder, KL have been hailed by CNN as 4th on ranking, the best shopping city in the world after New York, Tokyo and London. 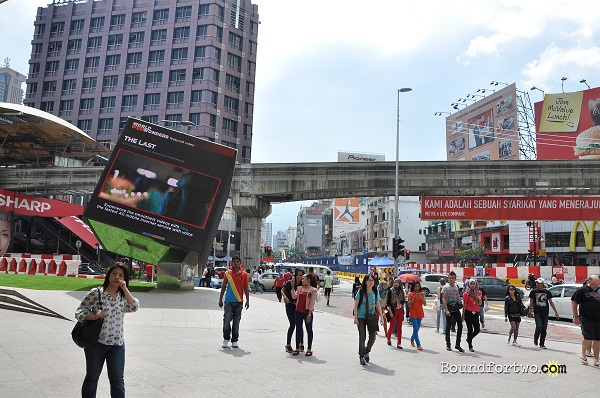 If shopping is not your game then take a bus ride on the green line which bring you close to nature within the city centre. Alight in KLCC and enjoy the green scenery of symphony lake overlooking the twin towers, and it’ still free.

There are two new routes of Go KL Buses, the Red and Blue line. Please find the routes below.

If we had more time we’ll surely joy ride one of these Go KL City buses and explored some places in KL which we haven’t set our feet in.