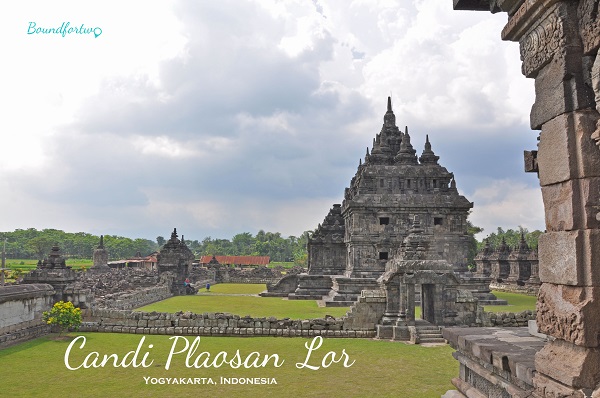 Central Java is famous for its two UNESCO heritage temple complex namely Borobudur and Prambanan. Both located in Magelang and Yogyakarta respectively. Aside from these two major temples, there is another complex which usually skipped by the crowd called Candi Plaosan Lor. It is located at Prambanan district just northeast of Prambanan complex.

Plaosan Lor complex is composed of twin temples, which the north represents women and the south is for men.  It is built around the 9th century during the reign of the Sailendra dynasty of the ancient Mataram Kingdom. The temple is dedicated to Buddhism which depicted by deities, bas-reliefs, and stupa at the complex.

During our visit, a pile of blocks intended for restoration were seen scattered around the complex. We had been told that it would take a while before it will be restored due to budget constraint or lack of support. But pretty sure it would look more awesome once being fully restored.

The temples have unique bas-reliefs which could be mistaken as Hindu deities.  But actually, it’s a Buddhist temple due to the presence of stupas.

Candi Plaosan Lor deserves to be included on your list as a side trip when visiting Prambanan complex. It is less known, almost no crowd and an impressive archaeological site.