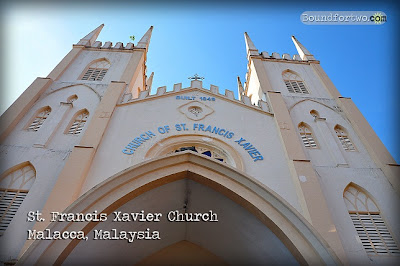 9:40 29/4/2012 A kiss goodbye to bright morning sun in our big window facing the Melaka river, was the last thing we did before exchanging goodbyes to Abang, the very accommodating staff of L’Armada Guest House. Not more than 5 minutes drive after we left our temporary abode we reached the twin spired Gothic church along Jalan Laksamana. The Church of St. Francis Xavier, once hailed us the tallest structure in Malacca. This will be our third catholic church we visited in Malaysia after St. John Cathedral and St. Anthony Church both in Kuala Lumpur.

Looking it from distance, one could tell it was patterned to that of Neo Gothic architecture. The pointed style of spire and arch were indication  of that flamboyant French inspired architecture.  The style much resembles of St. Anthony Church in KL with an additional spires. 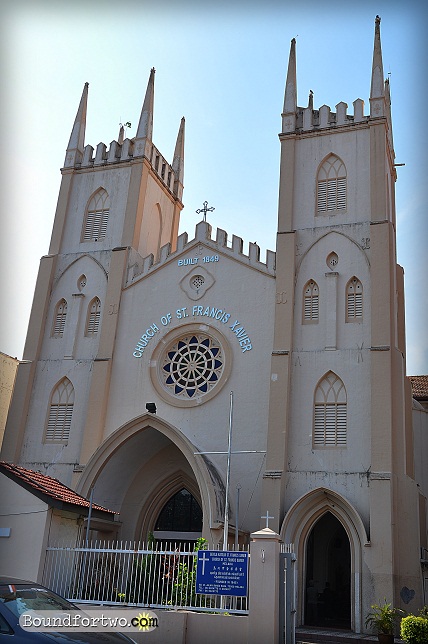 We can’t just stared it’s charm from a far and relied to our poor vision.  We crossed the street look up the religious edifice from the low vantage and marvelled it’s pulchritude. We imagine Quasimodo ringing the bell just like in Notre Dame Cathedral in France and hear the angelic voice from the children’s choir. 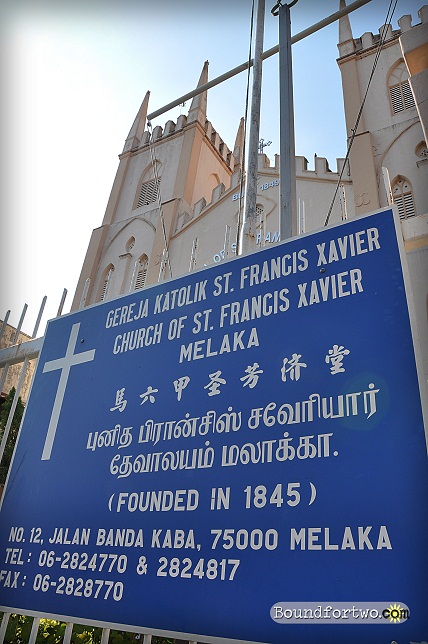 Standing still, hands on the waist, uttered the word WOW several times. You may thought we’re over appreciating, but can’t help it, just see for your self.  The more you look into it the more it became splendid especially when tilting your heads up.  The dirty smudge and blots on the exterior made the church’s appearance decrepit but doesn’t matter any more. 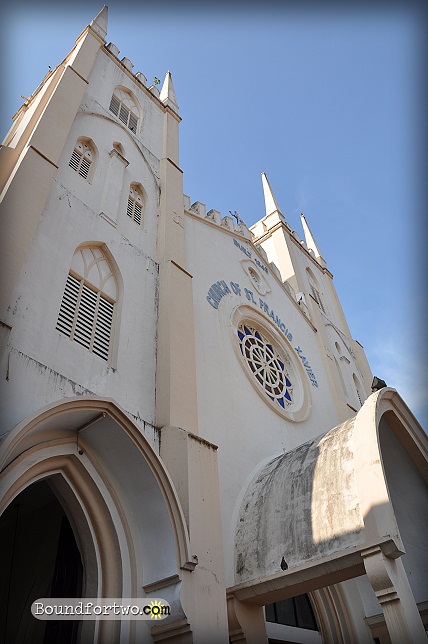 It’s a magnificent view for people who appreciate Gothic ecclesiastical architecture. And when we did our research about it’s patterned and similarity it come up it was modelled after the Basilica of St. Peter of Montpelier in Southern France. No wonder, since the church was built by Paris Foreign Missionary headed by Father Farve. 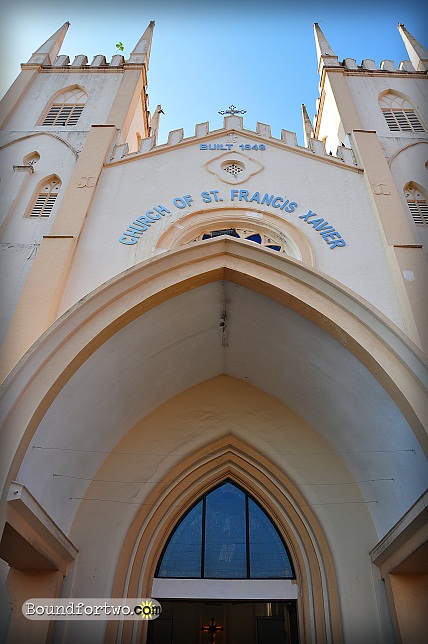 The church was built around 1849 as inscribed on the facade. And you might wondering now why is it named after the great missionary of East, St. Francis Xavier? During 16th century Francis Xavier, the famous Portuguese Missionary frequently visited Malacca on several occasions and noteworthy for serving its people. That’s why the parish name it after him.
His fame sweep across Asia and one of his famous disciple Anjiro who traveled from Kagoshiro, Japan to Malacca just to met him. Francis Xavier was escorted by Anjiro during their missionary works in Japan, and made him as the first Japanese catholic. 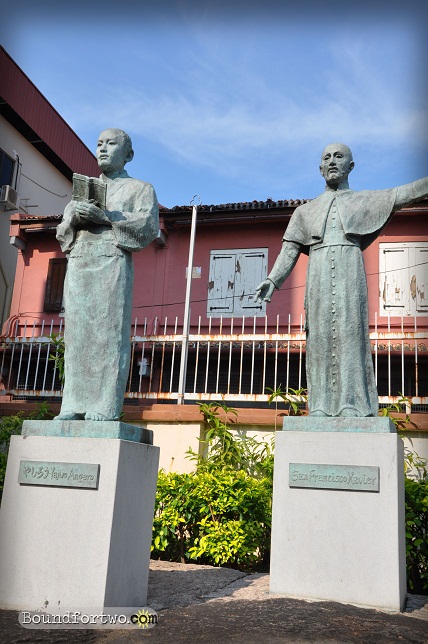 I will not more elaborate about St. Francis Life’s and Works as you might find detailed info here. The picture shown above are the memorial statues of St. Francis Xavier and his Japanese disciple Anjiro. 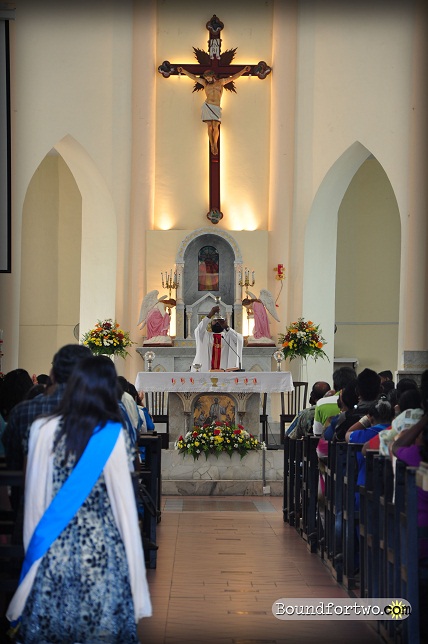 Then we came nearer to portico and bow our head as the mass was still on going. Most of the church goers were local Tamil Indians who solemnly knelt down on the pew. We said our prayers at the chapel and asked guidance from St. Francis Xavier for a safe travel back home to KL. Then we got reunited with our travel buddy who had been waiting for us more than half an hour in the parking area. If you ever visit Malacca, include the St. Francis Xavier Church on your itinerary. The church doesn’t only have historical value but significant especially for Catholic believers.